HomeNewsSurvey: Clean Label and the Consumer
Recent
Latest
4 tips to get ahead of chemical concerns in packaging
May 20, 2022
7 CBD favorites in the increasingly popular gummies format
May 20, 2022
Mission MightyMe helps parents introduce allergens to babies
May 20, 2022
UNFI's Eric Dorne to step down as chief operating officer
May 20, 2022
Trending
Whole Foods' honors 30 companies with 10th annual Supplier Awards
May 18, 2022
Getting ready for 2023: Trends for brands to consider
May 17, 2022
Sponsored Content
The rise of sustainable business – eGuide
Sponsored Content
Natural beauty market trends
Jun 16, 2021
NBJ
brought to you by

Survey: Clean Label and the Consumer 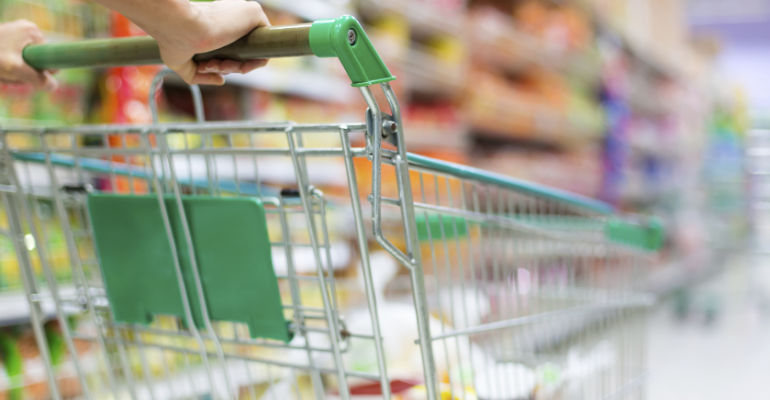 &quot;Clean label&quot; is still an industry term but NBJ survey data suggests consumers have ideas of what it might mean.&nbsp;

The buzz in industry circles increasingly focuses on clean label despite the lack of a clear definition for the term. For consumers, the concept remains a mystery, yet how it evolves in the public sphere will have a huge impact for natural products, especially as mass moves aggressively into the space. To gauge consumer awareness and attitude, NBJ surveyed roughly 4,000 people identified as more food-focused than typical grocery shoppers. From them, we received 386 credible responses.

As a term, “clean label” is clearly a mystery to most consumers, with 78.6 percent of respondents having never heard it or having only a vague memory of having possibly heard it. But that doesn’t mean they don’t understand it. Asked to describe the term, most consumers mentioned product features that industry experts would almost certainly associate with the clean label movement: natural, no artificial flavors or colors, minimal processing, and no pesticides or chemicals. Non-GMO and organic were not mentioned as often as NBJ editors and analysts expected.

So for most, “clean label” means a product free from specific ingredients. What are those ingredients and how much they influence purchasing decisions? The answers aren’t surprising, as many of the ingredients consumers try to avoid are frequent points of discussion in the natural-products industry. Using the Likert scale of 0–6, with a 0 meaning the respondent is not alarmed by an ingredient and a score of 6 meaning they avoid it at all costs, the following all scored 4.5 or higher, suggesting that companies manufacturing for the natural channel would do well to eliminate them entirely, even if it means raising prices:

How does a company win on packaging?

We also found that for those shoppers who are aware of the “clean label” term, only 6.2 percent do not read ingredients lists. If public awareness continues to rise, these lists will certainly gain additional impact on shopping decisions. So how does a company win on the package? We tested two concepts: How the length of an ingredients list affects consumer perceptions and what label strategies like certifications can make one product stand out versus the competition.

While results regarding the former were predictable—fewer ingredients is better—the response to certifications was more complex. With a score of 0 meaning certifications have no importance and 6 meaning they are extremely important, non-GMO and organic were the only ones to score above 4.5.

However, we also wanted to understand the relative value consumers placed on certifications—even if a certification on its own might not rank all that high, does it have an impact if it’s on the label of one product and not a competing one? To explore this, we gave respondents a budget of 100 points and asked them to divide those points among six certifications (organic, non-GMO, Fair Trade, Fair for Life, Rainforest Alliance, and 1% for the Planet) to show their weighted value. Such a forcing of value judgments is common in predictive stock analyses.

One big surprise that gets right to the heart of consumer confusion: Respondents ranked organic one point ahead of non-GMO (43 versus 42 points), despite the fact that organic standards already prohibit GMOs. This was in direct contrast to the Likert ratings, which showed a slight preference toward non-GMO certification.

Of the rest, only Fair Trade scored higher than 20 points. This stands in sharp contrast to sales numbers, where the Fair for Life-certified products are outselling Fair Trade-certified ones in the natural channel by nearly $19 million dollars ($67.1 million to $48.8 million). This holds for growth rates, which stand at 23.3 percent and 21.2 percent, respectively, according to SPINS. While figures are smaller for mass, in those channels, Fair for Life certification grew from $33 million to $53 million for the year ending through October 5th, 2014, a rate of 54.8 percent, compared to Fair Trade’s 6.7 percent growth in conventional multi-channel outlets, where it reached $143 million, according to SPINS data.

Using the same 100-point methodology, we asked consumers to rate how important “clean label” is across nine different categories: fresh food; supplements; meal-replacement drinks and powders; pet food; cosmetics; dairy; breads and grains; beverages; packaged and prepared foods and snacks; and baby food. With the exception of fresh food (a category comprising produce and meats), which scored a 32, all other categories scored between 16 and 22, indicating that consumers view clean label as being of roughly equal importance across all categories. This suggests no category will escape this movement and that companies that ignore clean label will likely lose market share.

With transparency and traceability becoming feature of a clean label, global sourcing decisions could also become crucial to winning customers. To explore attitudes related to the global supply chain, we asked respondents about specific countries and regions. While the results were not entirely surprising, the scale of the contrasting perceptions was intriguing.

In the chart above, a score of -2 indicates a very negative association with a country or region, while a score of 2 indicates a very positive association. Only three regions achieved a positive score: Europe, Canada and the United State, with Canada and the U.S. in a virtual tie for first at .97 vs. .98. Negative perceptions were relatively even among other regions—with the exception of China, where the magnitude of consumers’ negative sentiment is striking.

China earned a -1.4, nearly a full point lower than the second-least-trusted region, Southeast Asia, which scored at -0.6. While omitting a countries with negative scores from the label might be a good strategy, a “not produced in China” label might have an even bigger impact.

All of the results suggest that the clean-label movement is here to stay. NBJ believes most shoppers in the natural channel will switch to cleaner brands with traceability programs whenever available and a short ingredient list will be part of that decision.