Checkout: How Vegan Fine Foods is pivoting for post-pandemic success

All photos by Dan Cutrona 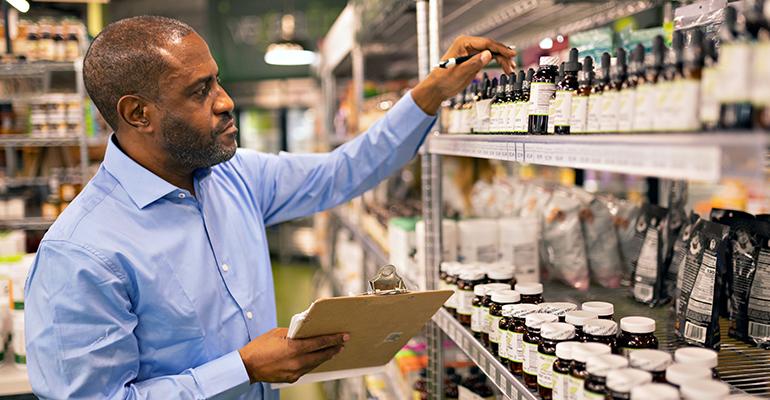 Just two years after opening his vegan grocery store, Steven Smith was confronted by the COVID-19 pandemic. That didn't stop him, though, from proceeding with his expansion plans.

Steven Smith may have a Ph.D. in strategic management and years of real-world business experience, but becoming a natural products retailer has truly taken him to school. The former Procter and Gamble and PepsiCo product development engineer and longtime university professor says he’s learned more in three years of operating Vegan Fine Foods than during his entire professional and academic career. 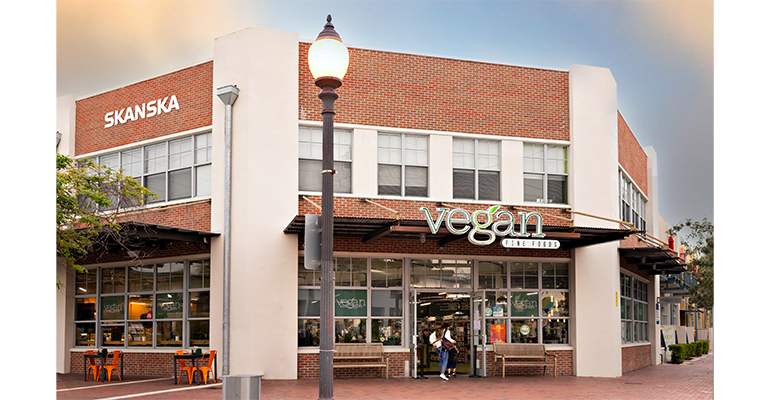 The unique venture was an instant hit, and as of early 2020, franchising plans were moving full force ahead. Then COVID-19 struck, decimating foot traffic downtown and handing the rookie retailer a whole new set of challenges. Drawing on his business acumen, determination and passion, Smith pivoted to survive the storm and set up for long-term success.

In early January, Vegan Fine Brands launched an equity crowdfunding raise through StartEngine with the ambitious goal of opening company- and franchisee-owned retail locations in every major U.S. city by 2024.

NFM caught up with Smith to learn more about his journey and growth aspirations.

What was your path to becoming a natural products retailer?

Steven Smith: During my seven years at PepsiCo, I moved into management and marketing positions and developed an understanding of the food business. Then I went back to graduate school and got my MBA and Ph.D., then started teaching as a professor. But it was during grad school that I decided I would change my diet and lifestyle and become vegan. For so long, I’d survived on the typical grad student diet, so I got very out of shape and wasn’t healthy. I promised myself that when I finished, my top priority would be my health. So, in early 1998, I went full vegan, not really knowing much about it. I saw positive results immediately, which gave me more motivation and made me passionate about it. Back then, health food stores sold some vegan products, but it wasn’t easy to find food. Confronting inefficiencies in the marketplace for folks who want to eat this way was the idea behind Vegan Fine Brands. I bought my first lease in 2017 and opened Vegan Fine Foods in early 2018.

Were the café and health and beauty boutique always in the cards?

SS: No. We’ve evolved a lot since starting the business. I couldn’t find many retailers doing the same exact thing as we are, so I didn’t know what the response would be. It was overwhelmingly positive, so a few months after opening, based on customer feedback, we launched the fast-casual café inside the store. We didn’t have enough space to also include health and wellness, so when a nice little space opened up next door, I grabbed it and opened Vegan Fine Body.

Did you have any hesitation about branding as vegan versus plant based?

SS: I wanted vegan to be our first name. People debate whether brands should use the term on products, and I say yes. Many people questioned our decision and recommended against it, but vegan leaves no doubt what we are about.

SS: No, it hasn’t. Based on our surveys, we estimate that 70% to 75% are not vegan. About 20% say they are definitely vegan and will drive from Miami or West Palm Beach or wherever to shop in an all-vegan store. But during the week especially, our lunch crowd includes many folks who work in the area and just want to eat here. 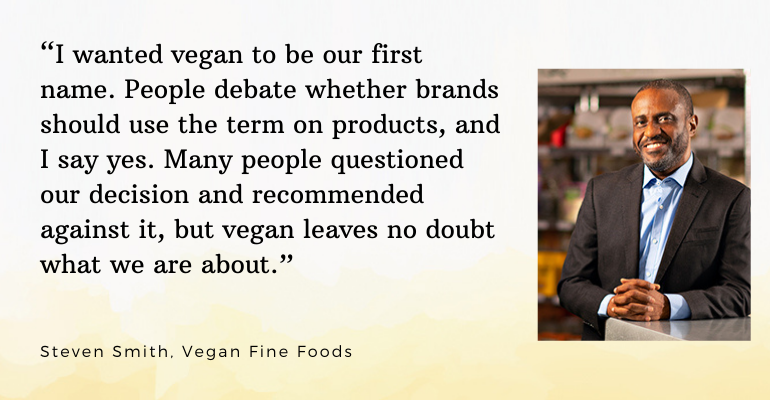 What was your sales breakdown before COVID-19?

SS: The market was 60/40 early on, café versus retail. The big reason is our unique location. We are in the Riverwalk Arts and Entertainment District—not an area where people typically go grocery shopping. We’re adjacent to the Broward Center for Performing Arts, and the Museum of Discovery and Science is across the street. Because of this, most people came in to eat at the café instead of just to shop.

How has the pandemic impacted your business?

SS: Our location was a huge benefit when we opened because we got so much exposure and so many people discovered us. But once the pandemic began, our location was devastating for us. The Broward Center closed immediately and canceled all its shows; the museum closed too; both are still closed. Florida is very seasonal, and we usually get the most tourists between January and April, so all this happened during our busiest time. We also get many customers who work in office buildings nearby, but they’re all working remotely now. When everything shut down, we lost 75% to 80% of our customer base.

How did you respond to this significant change?

SS: We closed for three months right when the shutdown happened, even though, as a food business, we could’ve stayed open. But it was all so crazy, and we wanted to make sure we understood what we needed to do to keep customers and staff safe—which nobody understood back in March. We reopened in July with a smaller staff and fewer items in the store. I was determined not to close the businesses long-term—I was determined to keep going no matter what I had to do.

What changes did you make to reopen?

SS: We had to limit the number of people in the store and enforce social distancing rules. Half of the store is devoted to the café, so there are lots of tables where people like to sit down and eat and enjoy the nice atmosphere. With COVID, they couldn’t do that, so we created an order and pickup window so people could stay outside. We already had tables outside, but we set those up so people could eat while staying socially distanced. We also started doing more delivery and curbside pickup.

Tell me about your franchising plans.

SS: Franchising came about after we opened and saw the response, with so many people visiting Florida and asking us to open a store in their city. I always felt this was a concept that could catch on and be in demand all across the country. Initially, I envisioned we’d grow via company-owned locations, but I didn’t really think that through—there is no way we could open stores fast enough to meet demand. I realized that what we had was a franchise-able model. So, after a 10-month process to get approved, we became a franchisor at the end of 2019.

And then COVID-19 happened…

SS: By early 2020, we had over 300 inquiries and five franchisees ready to get started. One gentleman in Atlanta (Georgia) was ready to open his first of five stores. There was another in Baltimore County, Maryland, and another in Richmond, Virginia. When COVID happened, they put those plans on hold. They’re all still interested and planning to move forward—they’re just waiting now. 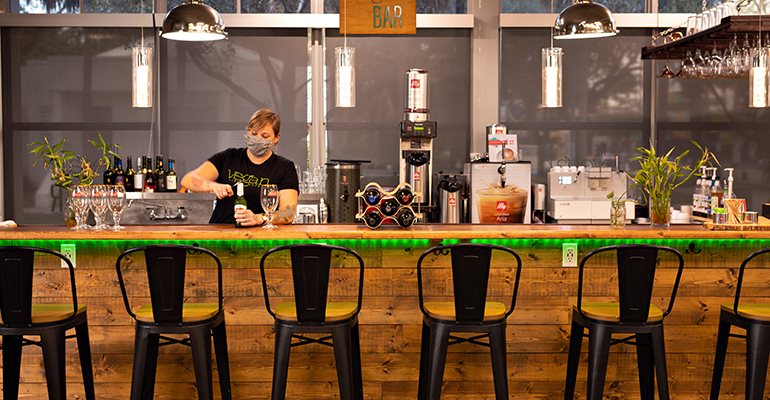 What have you found most challenging?

SS: It’s a challenge keeping costs down, everything from payroll to products to building our menu. As far as my leadership, probably the biggest challenge is selecting the right people and processes to create the right type of culture—one that is positive. Foodservice is historically known as a tough, cutthroat business with high turnover, and we don’t want that. We want a culture of everyone supporting each other, trying to make the business better and offering first-class customer service.

As one of few BIPOC store owners and CEOs in this industry, you are a pioneer. What does that mean to you?

SS: It’s something I feel good about. In our store, we get a lot of folks who, when they find out we are Black owned, they are very surprised—in a positive way—and very supportive. People say it’s inspirational to see what we’re doing. I think the numbers are growing, though. In the plant-based space, there are many more African American- and women-owned businesses coming online every day. But if I am a pioneer, I am proud of that.

3 ways to persevere  through tough times

When an unexpected event like a global pandemic or natural disaster derails business, retailers often must get creative to keep their stores kicking. Take inspiration from Vegan Fine Brands.

The fundraising favorite of CPG entrepreneurs can work for capital-strapped retailers too. Vegan Fine Brands held a WeFunder campaign in 2019 and just launched a new equity crowdfunding raise on StartEngine in January.

Without downtown foot traffic, Vegan Fine Body is struggling, so Smith is looking to open a new location in a busier area. Yes, it’s an expense to expand, but keeping the brand in front of shoppers can pay off long term.

Inventory ties up lot of a money, so when cash is tight, consider holding off on reorders and downsizing product selection. Vegan Fine Foods cut its SKUs in half when reopening after a pandemic-imposed shutdown.