From the gut: Q&A with BioCollective cofounder Martha Carlin 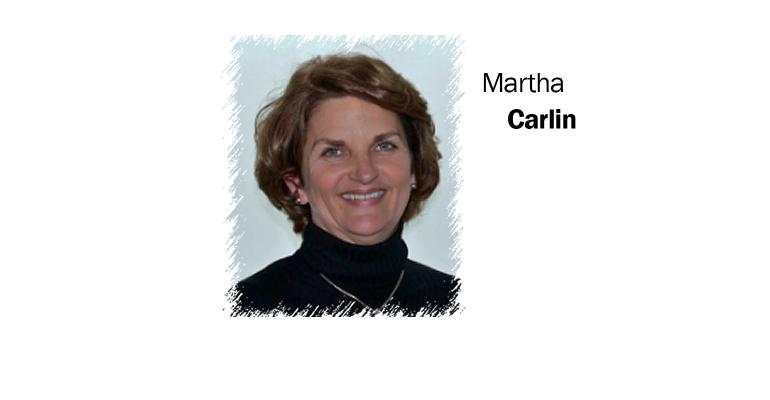 What do you get when you bring an accountant into the world of microbiome research? In Martha Carlin’s case you get the BioCollective, a membership-based gut research organization that allows members to submit fecal samples and learn about their microbiome while also sharing in the sale of that sample to researchers. An accountant by training, Carlin took a systems-analysis approach to the science after her husband was diagnosed with Parkinson’s disease. She believed there was a connection between the gut and the brain and wanted to push the science to find answers. She believes the science brings those answers closer every day.

Martha Carlin: I got interested in the gut after reading Martin Blazer’s book Missing Microbes. It was the first thing that I read that connected the dots to my husband’s Parkinson’s and all the different areas of research that I had done. He was diagnosed with Parkinson’s Disease in 2002, and I was fairly convinced that food was part of the problem. When I read Dr. Blazer’s book, it tied to a lot of things in history, in terms of antibiotic use, chronic infection both viral and bacterial, and just made a lot of sense. So I started funding my own research project at the University of Chicago, doing time series sampling of my husband’s gut and my gut, looking for connections to the research. From that, we actually founded the company The BioCollective with one of the researchers, Dr. Jack Gilbert at the University of Chicago, and our third co-founder, Suzanne Vernon.

What is the The BioCollective?

MC: The BioCollective is building what I like to call a microbiome-based ecosystem, where we focus on collection of samples from the broad population in both healthy and diseased populations. We’re helping our members build a life-help timeline through surveys and tools to start to look at their history and what things in their history might be connecting to their gut health. Then we’re actually developing pre- and probiotic formulation that would be ultimately specific to what somebody’s gut is telling them. We take those samples and divide them up, and they not only inform our research, but we leverage the samples out into other research platforms. So, trying to work with academics who are looking at fungi, viruses, lots of different areas, because no one company can really afford to look at all the pieces by themselves. But if you leverage the sample across research platforms, then you can get information faster to connect the dots beyond bacteria.

How does your background, coming from outside of gut science, help you with your understanding or making things happen?

MC: I have a degree in accounting, which is systems, and I spent most of my career using systems in either accounting or operations to optimize performance of companies. I was a turnaround expert and really applying systems and understanding where small breaks in a system might cause issues. So, I applied that systems thinking to the disease pathology and then to looking at the gut and how things are connected. Often in a system, when something’s broken, a small change might have a significant impact, and it’s not always the obvious thing that turns out to be the issue in the system.

How would you characterize the current state of research and what you would do to improve it?

MC: Many researchers are just focused on DNA. So they take a sample and get the DNA, and the rest of the sample is gone. It’s really hard to repeat their research because the microbiome does change from day to day. One of the things we are addressing is taking that sample and dividing it into smaller samples that are preserved so that you could actually repeat your research. The other thing I would say: It’s still very much focused on bacteria. This is a complex ecosystem. It’s not just bacteria. That’s one of the key points that we make and that we’re actually doing. Some of our Parkinson’s research is going beyond bacteria.

How would you characterize the way the supplement industry has approached the gut so far?

MC: Well, I think they’re taking the low-hanging fruit—using standard strains that have been known for quite some time to have some beneficial effect on the digestive track. Most formulas that you look at on the shelf today consist of those. Two-thirds of what’s on the shelf comes from DuPont and CHR Hansen. It’s a limited strain library, so it lacks diversity, but it’s an easy way to get to the market. But you’re starting to see the expansion of making some more complex formulas, combining either herbs or multiple strains.

What do you think is the biggest misconception among consumers about the gut?

MC: I just think there’s a general lack of knowledge about the gut and how it impacts your health. A lot of people are saying “Okay, I want to take a probiotic,” but they don’t have enough knowledge when they go to the Vitamin Cottage or Whole Foods or Walgreens and try to look at what’s on the shelf. They don’t have the knowledge to make an educated decision about what they’re looking at.

What’s the most exciting thing that you’re seeing in gut research right now?

MC: For me personally, I think it’s the connection with Parkinson’s disease and the acceleration of the research and the findings around that. I think we’re going to see more connections with Alzheimer’s Disease, as well. I saw an article from researchers in Europe saying that they believe that Alzheimer’s is a complex poly-microbial infection of bacteria, fungi and viruses. I think that’s very exciting and opens up the potential for understanding how impactful the gut is.

Well, you talk about Alzheimer’s or Parkinson’s, how far away are we from some sort of an actionable finding? Some probiotic or other product that could target those conditions?

MC: We actually formulated a pre- and probiotic mixture that we’ve been testing. We started with my husband, who has been a guinea pig for us, gratefully, and now we have about 10 more people who are trying it right now. In Parkinson’s disease, there’s a low level of diversity in the microbiome, and after 30 days we got a shift back much closer to what’s considered a healthier diversity profile, and we’re just getting ready to do another time series to see, 60 days later, if that’s continuing.  So, to me, that’s pretty promising but it’s very early stages. It’s giving you back your internal pharmacy, because your gut is your internal pharmacy. When you start to lose all that diversity, you lose the back-up system and that internal production of hormones, neurotransmitters, enzymes. I see the greatest potential in probiotics is in really thinking about what’s missing from the internal pharmacy and how could you put that back, instead of everybody just throwing lactobacillus and bifidobacteria down your gut.

Can this complexity be targeted that well?

MC: I don’t think you can have a magic bullet because it’s complicated. In fact, we think people will want to monitor their gut over their lifetime on a regular basis and be looking at and kind of tweaking it and making sure it’s staying healthy. Because it could be really a leading indicator of directionally where your health is heading.

You mentioned the prebiotic component in your product. Do you think prebiotics are being overlooked?

MC: I think it’s starting to gain momentum. If you put a probiotic into a system, a strain of bacteria, but you don’t feed that strain of bacteria with its preferred growth substrate, it’s got nothing to eat. It’s not going to survive. I think you’ll start to see more supplement companies including prebiotics in with their probiotic mixtures. We took the strategy “starve the pathogen,” but we also took a bit of a strategy of feeding with prebiotic as well. So, feed what you want to grow and starve what you don’t want to grow.

There’s all this excitement about gut research and the microbiome. How might it all go off the rails?

MC: Well, I think in some ways it has gone off the rails in different places because people are desperate. You could go out to YouTube and find all kinds of videos of people talking about doing their own fecal transplants and that sort of thing. I think putting together formulas without really understanding the ecosystem you’re dropping it into … I guess you could potentially make things worse. I haven’t heard specifically of people getting worse, but I haven’t been doing research on that. I’d say, you could drop a probiotic into a system and potentially cause somebody to slip in one direction or the other too far. It’s a complex system, and it requires a delicate balance.