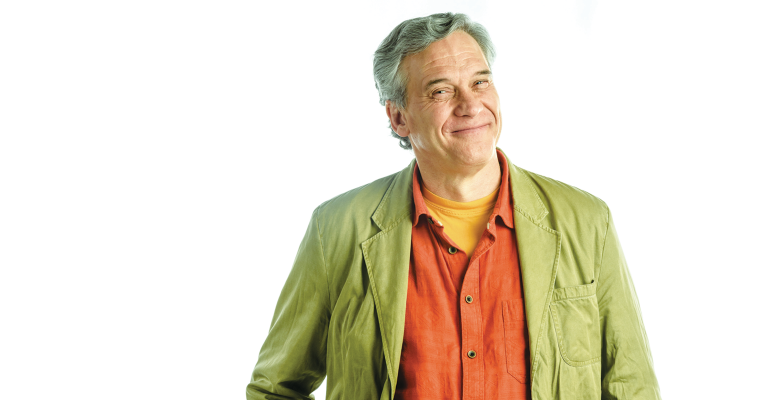 John Pittari, now the president of New Morning Market and Vitality Center, has worked in natural food stores for more than 40 years. He looks back on the history of the industry and the importance of independent retailers.

If you want a colorful history of natural foods stores on the East Coast, just sit down with John Pittari. The president of New Morning Market and Vitality Center in Woodbury, Connecticut, has been immersed in the scene since 1976, when the young idealist began working among the bulk bins and grinding flour to order.

“Originally it was New Morning Trading Company, somewhat of a cooperative, but there was really only one person who had any business sense,” Pittari says. “It was an interesting beginning, but not an unusual representation of those heady late ’60s and early ’70s.

Eventually, he and his wife, Jane, purchased New Morning, kicking off a decades-long story that’s still being written. Under Pittari’s ownership, the store has grown, relocated and reinvented itself to best serve its shoppers while remaining rooted firmly in Woodbury. Natural Foods Merchandiser had the pleasure to chat with Pittari recently about his store and the industry’s past, present and future.

How did you first become interested in natural foods?

John Pittari: In sixth or seventh grade, my science teacher spent maybe one class talking about food systems and artificial colors and preservatives, and the suspected health concerns. After that, I remember sitting at the dinner table saying we needed to get General Mills and Kraft to change what they were doing. Then life went on. Then, while majoring in chemistry at [the University of Connecticut], I discovered natural foods at the Golden Harvest in Storrs, Connecticut, and that’s when a lightbulb went on: Oh, we don’t have to change the conventional, industrial food system; we can create an alternative food system.

What led you to work at New Morning Market?

JP: I had dropped out of college because I couldn’t see myself working in a chemistry lab with toxins—that was my naïve, youthful view. I worked at General Electric’s corporate headquarters for 2.5 years, and in thinking about how I wanted to live, I had a crisis of values. I wanted to leave the world a little better than I found it. My interest in the natural world and natural foods fit well with this idea, so I decided I’d like to open a natural foods store. Because I shopped at New Morning, I asked for a job there, figuring that’s how I would get my education in the natural foods industry. One thing led to another, and I was managing the store within a year. Then in 1981, the owner wanted to sell the store outright and we bought it.

What did New Morning sell in those early days?

JP: The store was maybe 400- or 500-square feet and was mostly barrels of ingredients: nuts, seeds, grains, dried fruit, dried pastas. We had bulk maple syrup, eight kinds of honey, bulk tofu that we’d pick up from Chinatown, stone-ground flour to order, and raw milk produced in Woodbury. Every day the dairy would bring in sour cream, cottage cheese, yogurt and butter made from that day’s milk. Not long after I started, we got into fresh produce. In those early days, the organic produce distribution network was also just being built.

Were there any other stores like this in the area?

JP: The amazing thing is there were dozens in Connecticut, which isn’t that big. There was this rising up of natural food stores along with the existing network of health food stores, and there was an overlap between the two. Natural food stores had this philosophy of “This is good for the world and the people, and we’re going back to the way humans are meant to eat and live.” Health food stores, on the other hand, were more like Jack LaLanne and “Eat these foods and have an active lifestyle because it’s good for you.” There were also silver bullets involved. As the industry grew, there was a bit of a clash between the two, or at least a distinction that needed to be made. A community of natural food stores developed OM, the Organic Merchants Association, to bring these like-minded business owners together.

How has New Morning grown and changed over the years?

JP: We’ve always been one storefront, always in Woodbury. But as we’ve grown, we’ve relocated and reinvented ourselves. Now in our fourth location, we’re a full-service store with a community room and vitality center. We have fish, dairy, a very large organic produce department and a full-service butcher that gets in whole carcasses from local farmers. Our foodservice department, specialty coffee bar and beverage bar are all organic. We have a phenomenal selection of artisanal cheeses and a great wellness department with the largest selection of organic and non-GMO supplements in Connecticut.

Have you had some big challenges along the way?

JP: The challenges of staying valid throughout the years have often centered around being able to handle growth. The first real crisis/opportunity was the alar scare on apples [in 1989]. This created overnight demand [for organic apples], beyond what we could meet. Then the challenge became how to navigate this—reassuring customers, securing supply and making sure the integrity of our supply was good.

Another challenge came when I knew we needed to add more prepared foods and animal proteins. We were in our second location, only 1,200 square feet, and already busting at the seams. We are very, very committed to the community in Woodbury, but Woodbury is not a bustling with development, so it took a while to find our next location without leaving town. We finally found one; added prepared foods, fish, poultry and more produce; and our sales took off.

Any times when you didn’t know if New Morning would make it?

JP: The store had always grown, until 2009, and that was a challenge in terms of perseverance. We purchased property in 2005 that we wanted to develop and spent two years going through regulations, but then we got hung up with financing during the economic collapse. We had the building partly done and had to carry it unoccupied until 2012. This was very challenging certainly for our business, but also for my ability to persevere through hardship and remain a leader.

How has the natural products industry changed since the ’70s?

JP: There is an extreme amount of funding and venture capital now, which I don’t see as negative, but it is a significant change. Overall, this rapidly consolidating food industry brings growth and opportunity that hadn’t been there before. It’s exciting that all these new brands have stories of starting in a shack, going to a farmers market and now doing millions in business. These next-gen companies are much more interested in sustainability and authenticity, although as a retailer, you still have to do your vetting.

Why do independents still matter in this age of Amazon and chain supermarkets selling organic?

JP: Independents are more important than ever because of the close, intimate, trusting relationships we have with our guests and communities. The exchanges that happen at our stores are really deep and meaningful, and that can’t be done on Amazon. Amazon says, “Look what others have bought.” That isn’t expertise—that’s artificial intelligence. But with independents, it’s not just about business transactions. These are relationship transactions, which are part of the web of life.

What is your involvement with the store these days?

JP: My role has evolved. Nowadays, because we have grown, I’m more involved with our vision and strategic plans and in the community as the public face of New Morning. Yet I’m still in the store six days a week. Right now, I’m very involved in the grocery department, and I like that. It grounds me to be on the sales floor fronting shelves, talking to customers and doing on-the-job trainings with staff to demonstrate retail excellence.