12 things the hemp CBD industry needs to succeed under Biden 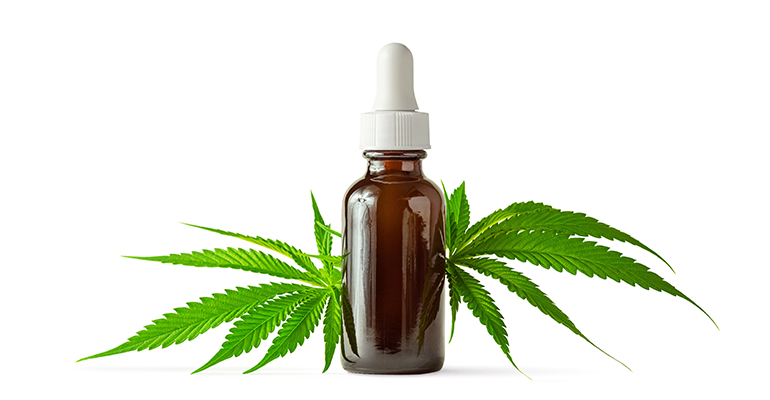 Regulations from USDA, FDA and DEA can make or break the hemp CBD market. Other factors include seed genetics, processing and innovation.

In the waning, groaning days of the Trump administration, with nary a week left until it leaves office, the Trump administration's U.S. Department of Agriculture issued its final rule governing hemp production. While the final rule, much to the dismay of hemp farmers, leaves the Drug Enforcement Agency in their business—farm bill be damned—there are other reasons to be cheerful.

The USDA’s final rule expands the harvest window before getting tested (at a DEA lab, naturally), allows alternative forms of disposal or remediation for "hot" hemp that is higher than 0.3% THC and raises the negligence threshold of THC before mandatory disposal up to 1% THC.

“The transition from prohibition to a legal and regulated system takes time,” noted an optimistic Shawn Hauser, partner and chair of the hemp and cannabinoids department at the Vicente Sederberg law firm, “and USDA’s final rule is a historic step forward for hemp in the U.S.”

Fellow hemp attorney Garrett Graff, managing partner at the Hoban Law Group, described it as a "two steps forward and then stagnant" type of deal.

“Time will tell,” said Graff, “whether a new administration, secretary of agriculture and Congress, how quickly that progress and further work can be realized.”

There is actually quite a bit of progress that still needs to happen. It starts with the new Biden administration and ends with … guess who? Here’s our list of 12.

Under the governing legislation, the Federal Food Drug and Cosmetic Act, lies the loophole that the FDA can assert enforcement discretion around anything else in the Act. Specifically, the FDA can write in stone what has essentially been its de facto response to CBD in supplements, which is to let the market flourish freely. Announcing that would give comfort to large mainstream retailers and other interests to hop in the cannabinoid game with both feet in the deep end of the pool. This, many hemp observers keep saying, is what is keeping the market from reaching its full fruition. As of yet the FDA has neither initiated such a notice-and-comment rulemaking for enforcement discretion, nor committed to doing so.

2. Congress to step in and legislatively trump the regulatory state.

For example, the FDA wants to see amended last Congress’ H.R. 8179—the “Hemp and Hemp-Derived CBD Consumer Protection and Market Stabilization Act” of 2020 (it will have a new number in the new Congress but the same title)—to include only CBD and none of the other cannabinoids or other ingredients derived from the plant. The FDA wants to save as much of the rest of the Cannabis sativa plant for pharmaceutical interests—this despite the agency essentially losing the plant to the unregulated people via medical marijuana laws (now numbering 36 states and four territories) and recreational marijuana (another 15 and three territories).

We know, we know. Not bloody likely. We give you this chestnut of a quote from the FDA that leaves no doubt about the direction it seeks to steer the hemp and CBD market: “We are also concerned that by including these other hemp-derived compounds in the bill language, it could disincentivize potential drug development of these compounds and instead encourage the use of these compounds in dietary supplements.” Cannabinoids as anything other than pharmaceuticals? You’d think "drug" was the FDA’s middle name or something.

Could you imagine? The Marijuana Opportunity Reinvestment and Expungement Act was already introduced into Congress last year and actually passed the U.S. House in December. It died in the Republican-led Senate, but all Congress is now run by Democrats. It … could … go … all … the … way in the 117th Congress. The MORE Act would remove pot from the Controlled Substances Act, eliminate all records of weed crimes and more. “The MORE Act was considered DOA in the Senate,” said Jonathan Miller, counsel for the U.S. Hemp Roundtable. “But now that the Senate is Democratic, there’s a lot more likes to it. We could see marijuana legalization in the next Congress.” The MORE Act would instantly remove the Drug Enforcement Agency from meddling with hemp farmers and could fundamentally shift the supply market. THC would matter only in finished goods—think kombucha: If you want the high-alcohol booch, go to the liquor store; otherwise, see the healthy beverage cold box of local retailers.

What’s more innovative than the cannabis industry in the last five years? Tesla? Consider this: delivery methods and activation times make a big difference. Think of all the different delivery formats—from tinctures and gummies to lotions and vaporizers. Different formats have different times to take effect—vapes hit the body immediately, tinctures taken sublingually take a little longer, balms even longer to get through the skin and gummies and tablets have to metabolize in the liver before going into the bloodstream.

Brands that understand that different activation times and how long they last yields different results will prosper. Maybe a vape pen product is for acute anxiety. Maybe a topical is for chronic muscle pain. Maybe tablets are for daily wellness. Combine that with consistent source material, so consumers know what to expect from a product time after time, and that will give reliability to the market and help it mature.

Merrick Garland had his 15 minutes of fame when President Obama nominated him to the Supreme Court in early 2016, only to see Republicans stymie the normal process for more than a year in the hopes Republicans would win the White House in 2016 and could nominate their own judge. But Garland is back after being nominated by President Biden as attorney general, and some think this could have significant effects. After all, it was Obama Attorney General Eric Holder who, not three months into the Obama tenure, in April 2009 announced the Department of Justice would not interfere with states that have their own cannabis laws. Overnight the green rush was on, and it continues to this day—despite first Trump Attorney General Jeff Sessions being a well-known drug warrior. “Garland,” said Miller, “will eliminate politics behind the scenes and allow hemp to be an agricultural issue, not a controlled substance issue.”

FDA could announce CBD upper intake levels per serving; this is actually a slippery slope. There is no other dietary supplement ingredient that has any such proviso or warning around upper intake levels. And the FDA back in the 1970s wanted to create a rule that any vitamin or mineral supplement product formulated to contain more than 100% of the RDA should be sold only in pharmacies. It took the famous Proxmire Amendment of 1976 to put the FDA back in its place. So we hold a jaundiced view of giving the FDA this authority.

Yet the British regulatory agency has come out with 70 mg per day CBD as being the upper safe limit per serving. We don’t know of any CBD supplement that has higher than 70 mg per serving, so this would not cause companies to disruptively reformulate. But any number would give some semblance of legitimacy to food, beverage and supplement interests that the FDA is ready to authorize access to hemp phytochemicals. Oreos with CBD? Pepsi CBD? It would be the first new ingredient given access to the multinationals in half a century. It would go a long way to deal with the great storage experiment that was the 2019 overharvest.

Yes, to guarantee hemp crops will certifiably stick to below 1% THC. But also to help farmers in different regions and different growing conditions grow hemp best where they are. The high and dry climate of Colorado is a world away from humid, rainy Kentucky. You wouldn’t want to plant the same seeds in both places. Farmers would love nothing more than to have a uniform yield and uniform compliance with their hemp crop. Thanks to the work of companies that specialize in providing stable seed genetics with value-added traits, the fledgling industry is almost there.

After farmers grow it and before either industry uses it for things like bioplastics, textiles or other building materials or retailers put supplements on store shelves, there is the processing of hemp that has to happen. It helps if facilities are close to farms. Right now there are precious few hemp processing facilities. Investors need to step up. And maybe government mandates around purchasing American-made sustainable materials can help. If only there was a president claiming to want to “build back better.”

According to a Vote Hemp survey, more than half of all hemp business respondents are concerned about regulations—specifically, disrupting the CBD supply chain, criminal action against CBD producers and decreased willingness from retailers to stock CBD products. We’re thinking banking guidance from the Treasury Department, if not Congress, would help. That way companies don’t have to work on black market-style cash-only transactions. Plus, banks need to be educated because no legislation can force a bank to make a risk decision they feel uncomfortable with.

Interstate transportation guidance from the U.S. Department of Agriculture would help ensure crops can travel around the country without Barney Fifes in backwards states causing unnecessary problems. The hemp industry had hoped such relief would come from Congressional action, but Vote Hemp president Eric Steenstra says Republican Senators Mitch McConnell and Mike Crapo have been the roadblocks here. Perhaps a newly reformulated Congress can push this through now.

You, yes you. Cannabis needs you, and Congress needs to hear from you. Because while the hemp industry, which includes retailers, wants to see expanded access, there are other competing interests out there that do not. And you won’t be surprised to hear that Congress often does the job of the highest bidder and not the highest good. “Don’t forget that we have consumer groups rallying against getting Congress involved,” said Rend Al-Mondiry, attorney at the Amin Talati Wasserman law firm. “We have some reluctant members of Congress that don’t want to sidestep the FDA. Plus, we have the FDA asking for things like mandatory NDI notifications and CBD serving limits and also pushing for changes to DSHEA, and pharma continuing to shape the process.” As a famous American poet once crooned, “They got the guns but we got the numbers, gonna win yeah we’re taking over, come on!”