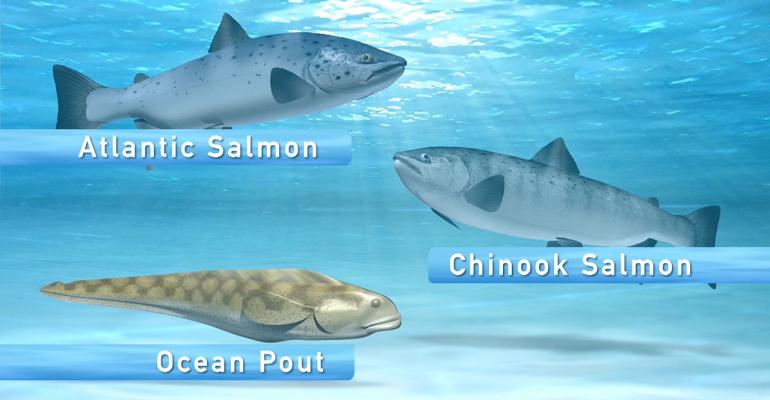 To the horror of GMO labeling and environmentalism advocates, today AquaBounty Technologies received FDA approval for its one and only product.

Earlier today the Food and Drug Administration announced a decision to approve the AquAdvantage Salmon—a genetically engineered fish that can grow to market size more rapidly than non-GE salmon because it contains genes from a Chinook salmon and an ocean pout.

“After an exhaustive and rigorous scientific review, FDA has arrived at the decision that AquAdvantage salmon is as safe to eat as any non-genetically engineered (GE) Atlantic salmon, and also as nutritious,” FDA stated. The fish will be the first GMO animal intended for human consumption.

AquaBounty Technologies, the developer of the salmon, has been waiting a long time for this announcement. The company filed the first application for approval in 1996, and despite producing and growing the fish in Canada and Panama, AquAdvantage was kept in regulatory limbo for nineteen years.

In addition to AquAdvantage reaching market size quicker than conventional or wild salmon, the company cites environmentalism and localism as boons to the food system. “AquAdvantage Salmon is a game-changer that brings healthy and nutritious food to consumers in an environmentally responsible manner without damaging the ocean and other marine habitats,” Ronald L. Stotish, Ph.D., CEO of AquaBounty, said in a press release.

Good news for the company; bad news for environmental advocates who fervently rallied against the FDA’s decision, citing inadequate testing and ignoring the nearly 2 million people who sent comments opposing approval of the fish. “The fallout from this decision will have enormous impact on the environment,” said Andrew Kimbrell, executive director of Center for Food Safety, in a statement. “FDA has neglected its responsibility to protect the public.” The organization also announced intent to sue the FDA to block public sale and consumption of AquAdvantage.

Adding fuel to the fire, the FDA has not required the fish to be labeled as a GMO product. “The decision to approve GMO salmon without a mandatory disclosure is yet another example of how FDA’s outdated policy keeps consumers in the dark,” said Scott Faber, executive director of Just Label It, in a statement. “Consumers will have no way of knowing whether the salmon they are buying comes from nature or comes from a lab. It makes sense to give consumers the right to know and to choose whether this fish, or any other food that contains GMO ingredients, is right for their dinner table.”