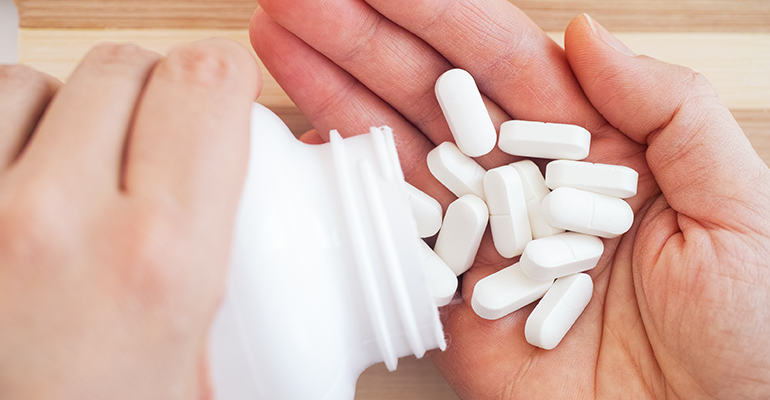 Mineral gets grudging support for one health concern out of hundreds of body functions.

Magnesium is the master mineral, a co-factor in as many as 700 different biochemical functions in the body—everything from a partner with calcium in muscle performance to sleep quality, anxiety, constipation, migraines, glucose metabolism and more.

And five years after receiving a citizen’s petition, the U.S. Food and Drug Administration finally granted an official qualified health claim for the ability of magnesium in foods and supplements to reduce the risk of high blood pressure.

“We are pleased FDA recognizes the role of magnesium in reducing the risk of hypertension in addition to this essential nutrient’s many other functions in the body,” stated Andrea Wong, Ph.D., senior vice president of scientific and regulatory affairs for the Council for Responsible Nutrition, the trade group that supported the petition filed by the Center for Magnesium Education and Research.

FDA announced it is allowing three separate qualified health claims that may be used on labels and labeling, provided the text of each claim is used just as FDA has stated.

Qualified health claims are supported by scientific evidence, but do not meet the more rigorous “significant scientific agreement” standard required for an authorized health claim. It's not exactly the sexiest language a company can print on a label but it can help retailers to explain the benefits of magnesium supplements as well as high-magnesium foods to shoppers.

The three qualified claims the FDA said could be used must read as follows:

“FDA’s response letter is 42 pages long and provides an exhaustive review of the literature and the rationale for establishing the claims as they did,” said Loren Israelsen, president of the United Natural Products Alliance. “This is a very useful document. We encourage you to review it, should you now choose to use one or all of these qualified health claims.”

The current Daily Value for magnesium is 420 mg/day. Foods or supplements that provide 84 mg or more magnesium meet the definition of a source that is “high” in magnesium.

Although only perhaps 2% of Americans suffer from an abject magnesium deficiency, as many as three out of every four Americans do not meet the recommended intake.

For foods with the adequate “high” levels of magnesium (20% of the Daily Value) to qualify for the qualified health claim, a food is disqualified if it contains inappropriate levels of total fat, saturated fat, cholesterol or sodium. There is an exception around the use of tree nuts.

Because of the FDA’s safety concerns, a supplement cannot contain more than 350 mg of magnesium to qualify for the qualified health claim.

The petition included 120 publications that evaluated the relationship between magnesium intake lowering blood pressure or hypertension risk. The FDA itself located an additional 10 relevant intervention studies and one relevant observational study through a literature search for studies evaluating the relationship between magnesium intake and risk of hypertension.

Yet only 85 studies were intervention studies, and, of those, the FDA said conclusions could not be drawn from 47 of them, for reasons ranging from the use of intravenous magnesium, no control groups, magnesium used in combination with other nutrients, and the like.

That still left 38 intervention studies that the FDA said could be properly evaluated.

The agency gave a paragraph summary of each of the 38 studies.

Of the 38 studies that looked at the relationship between blood pressure and intake of elemental magnesium from dietary supplements, only 18 showed a statistically significant benefit.

“Based on the findings of these 38 intervention studies, FDA concludes there is some credible evidence suggesting a relationship between the intake of elemental magnesium from conventional foods and dietary supplements and reduced risk of high blood pressure (hypertension),” wrote Claudine Kavanaugh, Ph.D., MPH, RD, director of the Office of Nutrition and Food Labeling at the Center for Food Safety and Applied Nutrition within the FDA. “However, this evidence is inconclusive because the results of the studies are inconsistent. The findings of the minority of intervention studies that found a statistically significant lowering of blood pressure from intake of elemental magnesium are undermined by the larger body of evidence that found no effect on blood pressure.”

“FDA concludes that while there is some credible evidence suggesting that combined intake of elemental magnesium from conventional foods and dietary supplements may reduce the risk of hypertension by lowering blood pressure, this evidence is inconclusive and inconsistent.”