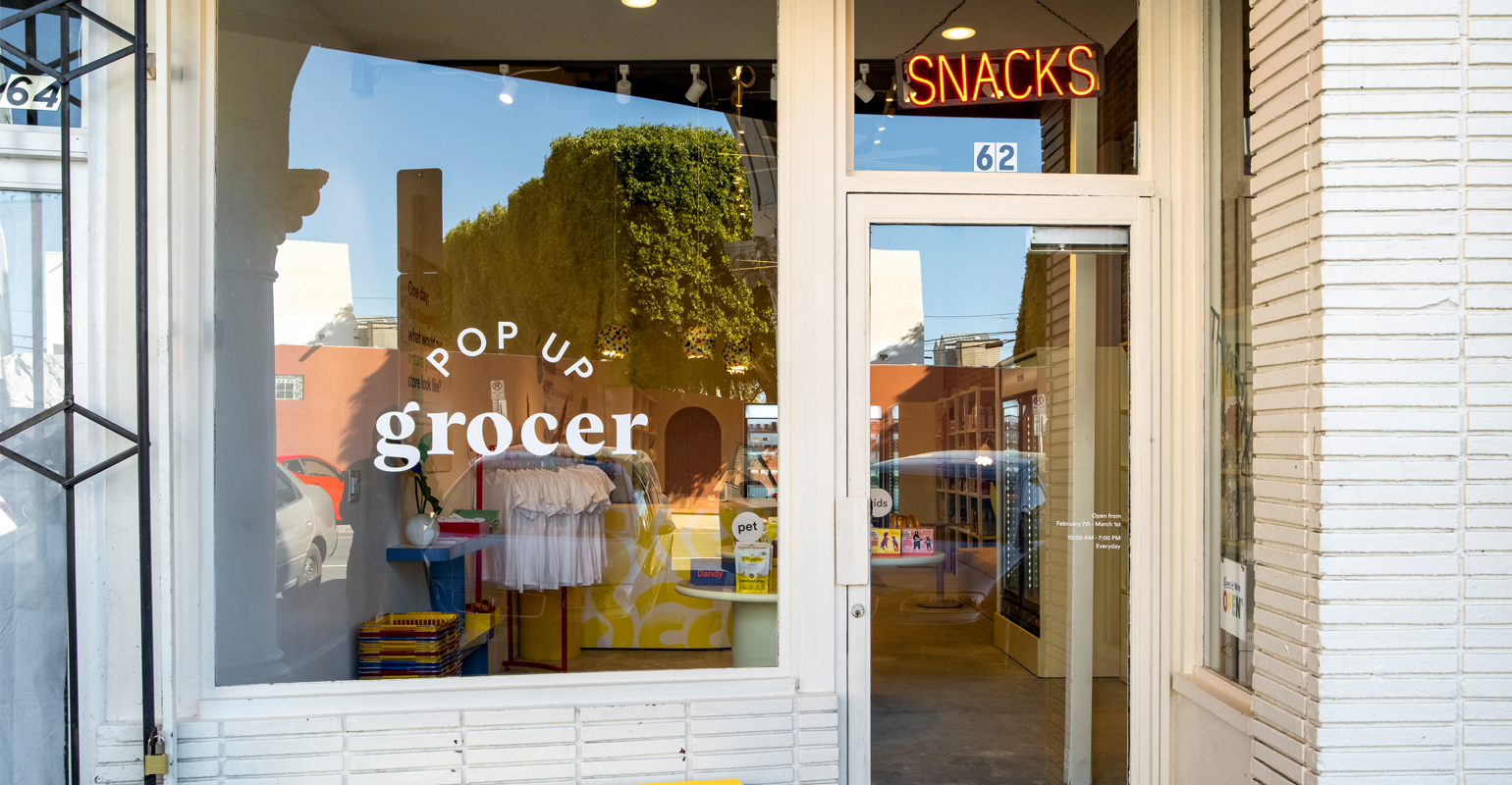 Pop Up Grocer opens in Austin

Pop Up Grocer, the brainchild of founder Emily Schildt, is coming to Austin.

The traveling grocery store will be located in the downtown area from June 5-28, 2020. Inside the Instagram-worthy space, shoppers can find more than 100 carefully curated natural and artisanal goods including food, beverage, home and body products.

Schildt and her team select items for the store according to three guiding criteria:

“The first criterion is the most significant to us,” Schildt says. “We know our visitor is interested in discovering brands aligned with their values, which include health and nutrition, but also elements of the brand's founding story."

Many of the products inside the pop up are emerging food brands looking for exposure in that market or who have specific intentions for the locale. Think popped water lily seeds, alcohol alternatives, CDB oil, jackfruit chews, chickpea crackers and a slew of vegan, gluten-free and keto-friendly goods.

The Austin pop up is the fourth installment of the cheery, mobile bodega, which debuted in April 2019 and has since had two pop ups in New York City’s SoHo and one in Venice in Los Angeles. After Austin, it’s back to New York for a September run.

The Austin pop up was originally slated to open in late April, but postponed because of the coronavirus. Schildt and her team had to make serious pivots to adjust to necessary safety and social distancing guidelines.

“It’s caused delays, but also forced us to redesign our stores,” Schildt says.

Typically, Pop Up Grocer locations are lively gathering places with a community table, seating areas and fresh baked goods provided by a local restaurant partner. In the Austin store, they’ve partnered with Sour Duck for a daily delivery of fresh bread, but removed the gathering spaces since only four customers are allowed inside at once. In addition, shoppers must wear face coverings and social distancing is enforced via floor markers. 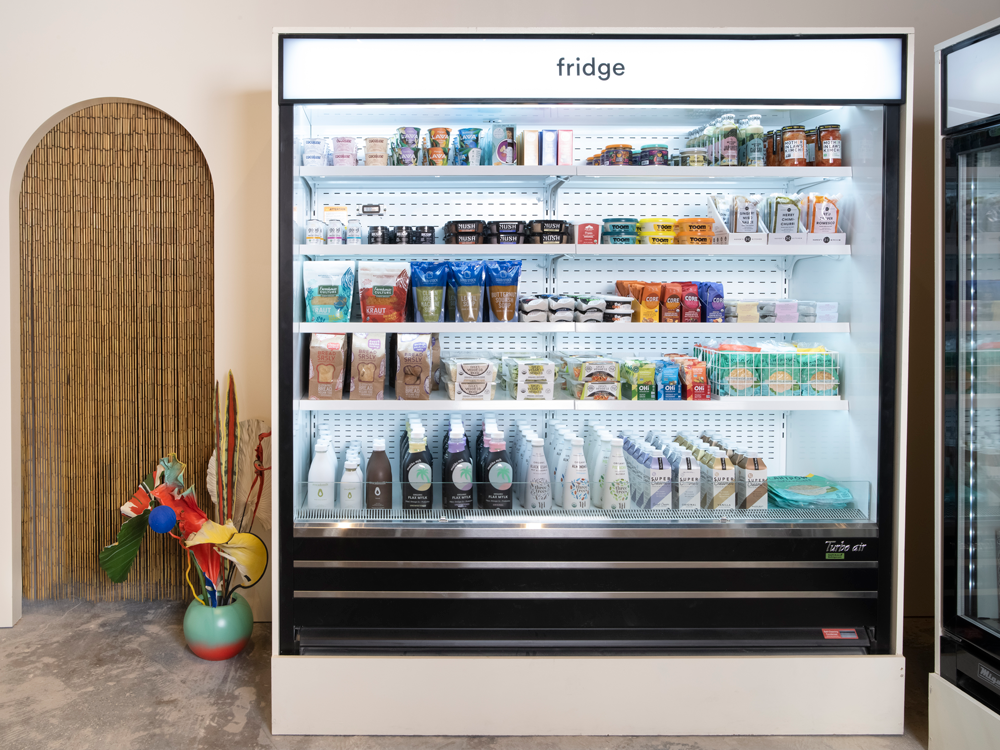 Schildt says she anticipates a line for much of the run, so in response, introduced private appointments. For the first two hours of every morning, shoppers can schedule a solo shopping experience.

“Those filled up very quickly,” Schildt says. “We are excited about that because people can indicate their dietary preferences or allergies in advance, and we can have a selection of products waiting for them.”

The team also added virtual programming in place of in-store events and launched an e-commerce platform with curated boxes from the store's selection of products.

“We’d always intended to do that, but not this quickly,” Schildt says. “As a small business, every challenge is an opportunity, but this one comes with quite unfortunate pressure and circumstance.”

In 2021, Pop Up Grocer will appear in more U.S. cities, and plans for a long-standing single location with rotating brands are in the works. Fans of the concept will also be able to sign up for a subscription service in the near future. 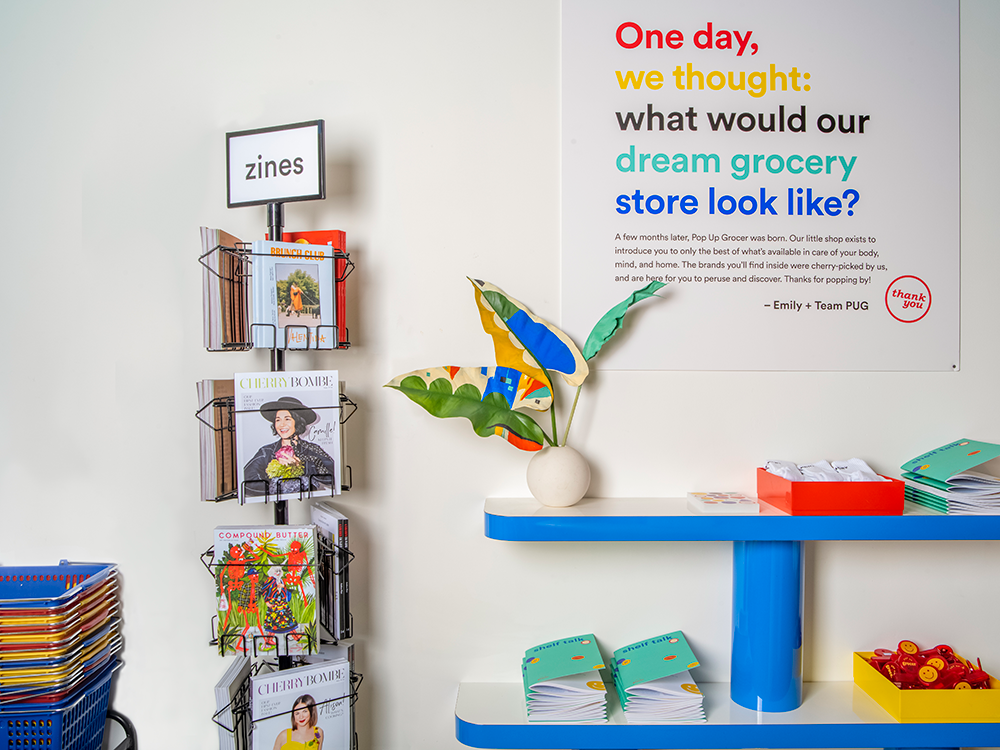 Schildt said the most popular items in the store are better-for-you indulgences like potato chips, chocolate bars and ice cream. But expect a spin: chips are made with cauliflower, chickpeas and other veggies, plant-based and keto ice creams abound, and fair trade chocolates contain both the seeds and fruit of the cacao pod. Shoppers will also find plant-based cleaning products, bamboo toilet paper and other products for the home.

“People are looking for products they are familiar with that are comforting and have been around for a while as a concept, but now offer a trade up,” Schildt says.

Five percent of in-store profits will be donated to All Together ATX, an organization supporting Greater Austin area residents with food, medical care, employment, child care and other immediate needs.