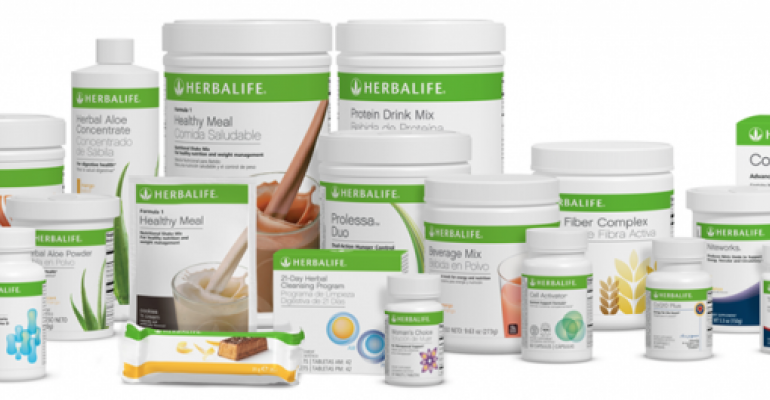 How will the dust settle after the settlement?

If any company is the face of direct marketing in supplements, it’s Herbalife, and though that face may look a little roughed up this week after Friday’s $200 million settlement with the Federal Trade Commission, the bruises will fade quickly. Slap a bag of frozen peas on that black eye for a few hours and nobody will even notice.

What they may notice—and notice for years—is how the settlement will change how Herbalife does business and what that will mean for the bottom line.

Related: Is self-regulation of supplements actually, at long last, working?

At the moment, it seems to mean little.

Herbalife stock price went up 10 percent the day the settlement was announced, an indication that investors feel more confident in the company’s prospects and stability. Even before that, despite three years of outspoken criticism and doomsday prophecy from hedge fund tycoon and activist investor Bill Ackman, things were going well. Really well. Sales last year hit $4.5 billion—9.9  percent growth over 2015.

Still, it is easy to believe the company was “ready to move forward,” as it stated in a press release the day the settlement was announced. The distraction wasn't helping, even though the company didn't seem to need any help.

It was Ackman who persuaded members of Congress to pressure the FTC to investigate the Utah-based company. The Securities and Exchange Commission also took a look. Ackman was calling Herbalife a pyramid scheme that was fleecing the distributors at the base of that pyramid, but he seemed a questionable crusader for the public good: Ackman made a $1 billion short sale bet that the company would fail.

Meanwhile, other investors, including Carl Icahn, were betting on the MLM to succeed.

Despite the $200 million dust-up, Icahn won his bet Friday. Indeed, according to the Herbalife press release, the company is prepared to allow Icahn 34.99 percent ownership. He was quoted in that press release saying, “I have always believed in Herbalife’s strong fundamentals.”

How those fundamentals will change is key to knowing how well Herbalife fared in the settlement. The biggest concession is an agreement to compensate distributors based on their retail sales alone and not the number of new distributors they recruit. It certainly deflates Ackman’s pyramid scheme accusation, and it’s not clear that it will hurt Herbalife long-term. Many other MLMs have already moved in that direction, turning away from presenting their sales model as a way to get rich and pitching it instead as a source of supplemental income.

In its press release, Herbalife promises, “These provisions will improve policies throughout the industry,” but the more responsible players were already there. Herbalife was well on its way to the same destination, working with experts in consumer protection to establish safeguards.

If these reforms trickle down to smaller companies and become the model for new entrants in the industry, it could do a lot to improve the image of MLMs. NBJ wrote last year that the nutrition industry needs to find a better way to step into the sharing economy, and though MLMs have always been akin to that, a more respectable image improves legitimacy and makes people more comfortable working in and buying from companies in the space.

Herbalife seems likely to emerge stronger from the fight with Ackman and the FTC. So however it might feel to be an Herbalife executive this week, or an executive in any MLM company, it has to feel better than it does to be Bill Ackman.

Shareholder suit against Herbalife dismissed, but is anybody still watching this soap opera?
Mar 21, 2015