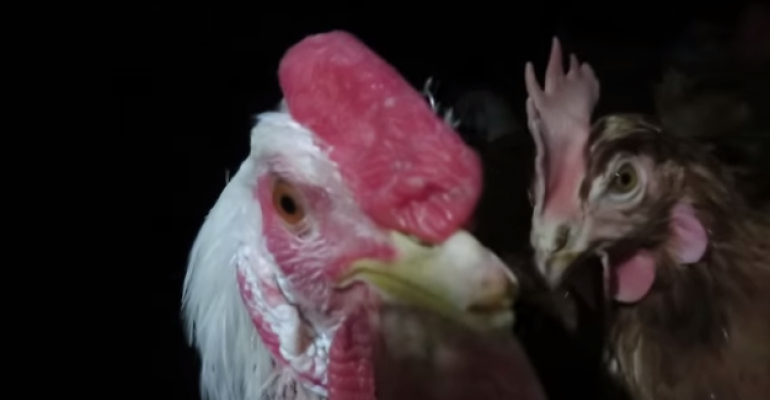 Let’s face it, very few of us have.

That doesn’t mean the video of conditions at a California poultry farm from animal rights group Direct Action Everywhere (DxE) posted last week could - or should - change anybody’s mind about eating meat, eggs or dairy. Nor should anyone use it to judge what Whole Foods Market, the target of the alleged exposé, might be doing to sell consumers on humanely raised livestock. Covered by The New York Times and other media, the video inspired protests at Whole Foods Markets across the country.

The DxE team reportedly climbed over the barbed wire at Petaluma Farms in rural Sonoma County on 10 nighttime visits and came away with footage of several distressed chickens, including one that they nursed back to health with the aid of a Berkeley veterinarian. Inspected and approved by Virginia-based Certified Humane, Petaluma Farms supplies eggs to Whole Foods Market.

Ten cover-of-darkness raids seem like a lot for the footage acquired. Indeed, the most troubling scenes of more charismatic farm animals like pigs and cows look like the standard stock footage library of the animal rights movement. Local papers have quoted the farm's owners describing the video as selective and misleading.

Make no mistake—humane practices matter. An evolution away from the factory farming model could benefit consumers with healthier meat and eggs with less environmental impact. Nobody can expect American culture to give up meat, and what Whole Foods Market has done with its humane treatment standards is a step in the right direction that absolutists would do well to recognize. All-or-nothing attitudes allow little room for progress.

But make no mistake that farming is no bright and tidy business, either. Very few of us have spent much time on a farm and far fewer have seen the inside of a slaughterhouse. One activists’ video doesn’t tell the whole story. Neither does a “humanely raised” label.

But it’s a story maybe all of us should know better.