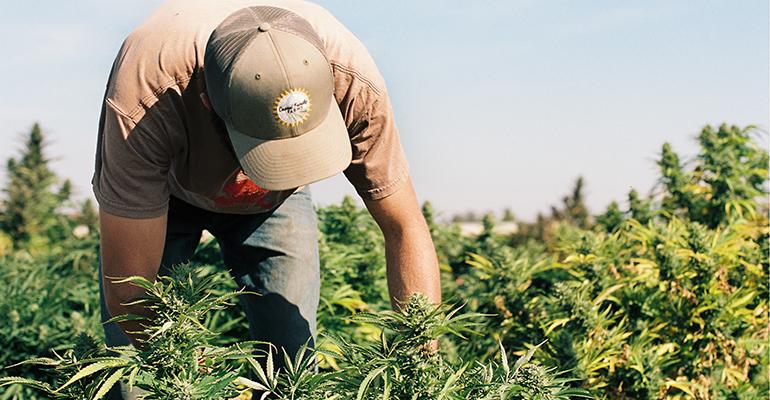 The hemp for Onda Wellness’ CBD oil is grown on a farm that follows regenerative agriculture practices to revitalize the soil. The brand has the certification to prove it.

When Onda Wellness founder Stephen Smith picked hemp as the topic of his 1999 high school senior thesis, most people didn’t see much of a difference between hemp and cannabis. And people in his rural patch of North Carolina didn’t exactly view either with much enthusiasm.

The thesis was Smith’s stab at stirring the pot.

But what he calls his “cheeky research paper” ended up becoming a lifelong passion. Writing the paper, he says, “got me fired up.”

“Why aren’t we using this amazing, generous and dynamic crop?” he says he asked himself as he drafted the paper. “I found it was used as rope, for building materials. Its history goes deep in the United States.”

Now, decades after Smith made his first homemade hemp oil, mixed it with tea and found it soothed him, his Oregon company’s line of hemp oil is the first in the world to gain Land to Market verification—confirming that the practices used to grow the crop yield a net positive effect on the vitality of the soil. 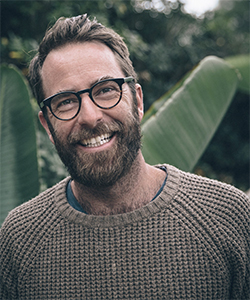 Livestock serve as vital partners in soil regeneration, also known as regenerative agriculture. In Onda’s case, a combination of chickens, turkeys and pigs help keep the soil healthy at Casad Family Farms in Madras, Oregon, where the hemp is grown.

Land To Market verification represents one of several relatively new consumer seals that address the broad concept of regenerative agriculture, which has become more well-known thanks to movies like Kiss the Ground, heavy media coverage and different consumer-facing seals. In addition to Land To Market, the seals include Regenerative Organic Certification from Regenerative Organic Alliance and Certified Regenerative by A Greener World. Regenerative agriculture is designed to improve soil and ecosystem health; farms and companies investing in those practices aim to enrich soil through livestock grazing and organic practices, which result in increased biodiversity.

Smith sought Land To Market verification rather than other seals the program looks at the results and doesn’t prescribe a particular process to follow.

“One kind of certification might say you must do X, Y and Z and we will give you the seal of approval” Smith says. “But Land To Market says, first we see where you are now, and how can we help you to get a more biodiverse landscape? It’s outcomes based.”

The final product, Onda’s hemp oil derived from the CBD-rich hemp strain Lifter, is “higher quality without having to use synthetic or commercial inputs,” he says. “No fish emulsion, no boosters. It’s a combination of animals and a variety of crops, including hemp, rotating to build that soil vitality.” 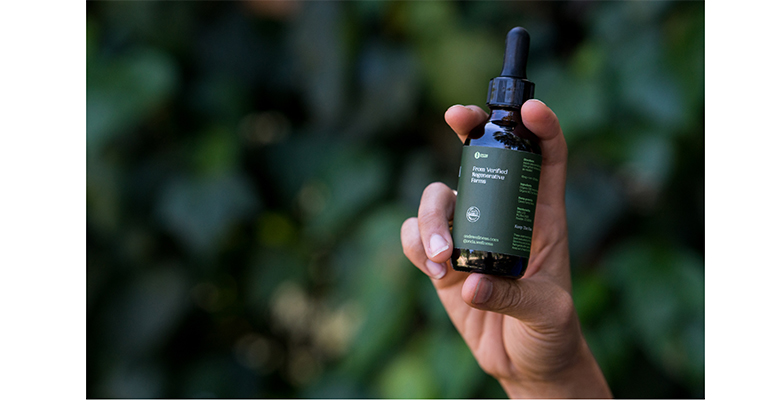 Even as Smith works to grow awareness and build retail relationships for Onda—California natural grocer Erewhon is as a retail partner—the CBD market struggles. According to Poland-based Hemp Today, U.S. hemp acreage today is just 20% of what it was during its peak in 2019. Desire for the hemp cannabinoid CBD among supplements brands drove the intense planting of hemp across the country. But demand could not satisfy what became a flooded supply, and prices cratered. During 2020, when supplements sales skyrocketed due to COVID, sales of CBD supplements declined 6%.

“We are just riding the wave, waiting for the used car salesmen and people not passionate about hemp to make their way out. We are excited for the rest of it, after the dust settles,” he says. “The most effective analogy we use regarding Onda is we are fresh-squeezed orange juice, with natural vitamin C in it,” Smith says. “Others are just stuff with CBD added."

Today, select natural grocers including Erewhon and New Seasons in Oregon, Washington and California carry Onda, and the online shop is a busy marketplace, Smith says. Onda offers tinctures, topicals, capsules and herbal blends, and the Onda team crafts them all from Land To Market verified hemp from Casad Family Farms.

Smith believes Onda’s commitment to regenerative agricultural practices will help carry the company forward, despite the faltering CBD market. Where most hemp oils are clear or gold, Onda’s are dark green, and aromatic of hemp. He envisions creating a wide range of products that include Onda’s hemp oil and other botanicals farmed using regenerative practices.

“Hemp is an herb, a plant medicine like ashwagandha or turmeric,” he says. “Integrating hemp into these herbal formulas is a big part of our future. It’s a little harder for farmers to grow purely regenerative or biodynamic (a series of agricultural protocols that also focus on soil), but I can’t imagine doing it any other way. We have a lot of dreams.”