Coffee and red wine for a happy gut? 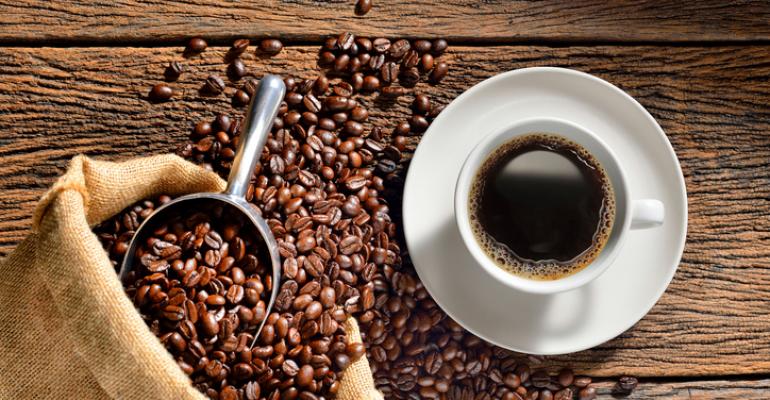 Drinking coffee, tea and red wine were among the factors associated with more diverse, healthier, microbes in the guts of subjects in a recent study.

Does a steaming cup of joe or a glass of rich cabernet make you happy? The same may be said for the microbes in your gut, according to new research.

Scientists in the Netherlands analyzed subjects’ microbiomes and found more diverse communities of microbes associated with drinking coffee, tea and wine. They found the opposite to be true for sugary drinks, whole milk and lots of carbs.

"In total we found 60 dietary factors that influence diversity," Alexandra Zhernakova, MD, PhD, a researcher at the University of Groningen in the Netherlands and the first author of the study, said in a statement. "But there is good correlation between diversity and health: Greater diversity is better." Results of the study were published in Science.

Through stool samples, Zhernakova and her team analyzed the microbes inside the guts of more than 1,100 people, identifying 126 factors that correlated with changes in the community of microbes. They included 60 related to diet, 12 associated with diseases, 19 linked with drugs and four tied to smoking.

"To our knowledge, this is the first study to systematically assess such a broad range of host and environmental factors in relation to gut microbiome and at such a large scale," Jingyuan Fu, a systems geneticist at the University of Groningen who worked with Zhernakova, told medicalxpress.com. "It is becoming more and more clear that the gut microbiome serves as a sort of fingerprint that captures all kinds of signals about host health."