A UK coroner hopes new findings from a marathoner&#39;s untimely death will &quot;publicise the potentially harmful effects of DMAA during extreme exertion.&quot;

A single dose of Jack3d, the controversial DMAA-containing preworkout supplement from Dallas-based USPlabs, has been implicated as the likely cause of death for English marathoner Claire Squires. The otherwise-healthy Squires collapsed during the London marathon last year, just a mile shy of the finish line. 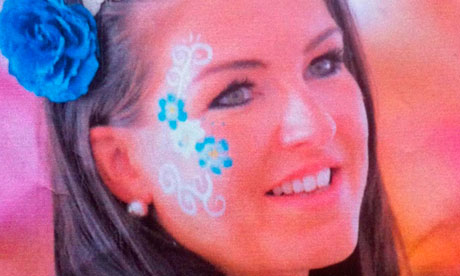 On Wednesday, Jan. 30, a coroner's inquest revealed that DMAA (or 1,3-dimethylamylamine) had contributed a the heart attack Squires' suffered during the 26.2-mile race. According to The Guardian:

Jon van der Walt, the doctor carried out Squires' postmortem ... said that, on the "balance of probability" based on his own examination of Squires and on evidence from the inquest, the cause of death had been a heart attack caused by "extreme physical exertion complicated by [DMAA]".

The details seem not unlike those involving the deaths of two U.S. soldiers who died of exertion-induced heart attacks during training in 2011. DMAA was found in their bloodstreams, and all products containing the ingredient were pulled from shelves at military exchange stores pending an investigation. The troublesome irony of the current situation is that DMAA was banned from supplements in the U.K. just months after Squires' death, despite the fact that the U.K. Medicines and Healthcare products Regulatory Agency had no knowledge that the substance had precipitated her death.

DMAA is banned in Canada and Australia, and has been withdrawn in several European Union states.

According to Squires' boyfriend, she had poured one scoop of Jack3d into her water bottle before the race and had previously used the product a few times during training. "Claire was passionately against the use of drugs and would never, ever, have taken anything that would have caused her harm, or even worse, risk her life," he said, the BBC reported.