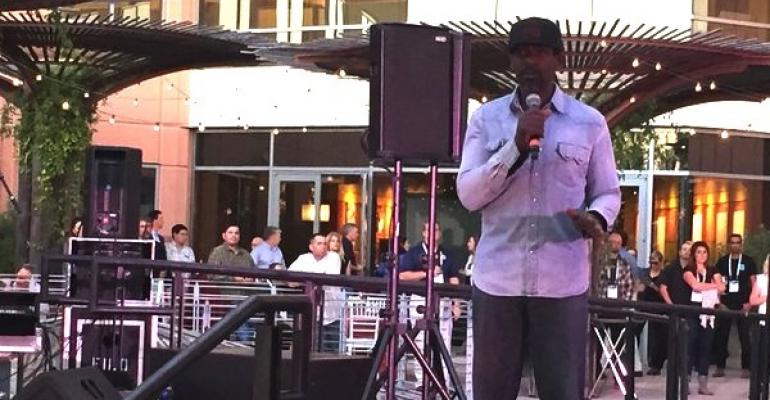 Ron Finley, a.k.a. the &quot;Guerilla Gardener,&quot; on gardens, planting and more.

Last night on the rooftop of the Whole Foods headquarters in Austin, Texas, Ron Finley spoke to hundreds of natural food influencers at the first annual Esca Bona.

Finley is a force of nature. Seeing that people in his Los Angeles neighborhood were being harmed more by “drive thrus rather than drive bys,” Finley planted a garden—and realized the profound impact it made.

You are what you eat eats. Soil health means plant health, Finley said to Esca Bona attendees, adding that he often tells others he is a soil farmer. “People ask me what I do,” says Finley. “I tell them that I change culture.”

Gardens are art. When he first planted a garden in his neighborhood in South Central, L.A., Finley said people were unaccustomed to seeing the beauty a garden can deliver. “It’s a beautiful alchemy. It’s a simple thing and complex at the same time,” he says.

“Plant some shit.” It’s straightforward, but to create opportunity and change, Finley said to grow your own food. Start small—Finley started his first garden in the curbside dirt outside his house. For change, “your weapon of choice should be your shovel of choice.”

Get more updates from Esca Bona by following #escabona on Twitter, Instagram and Periscope, and check out the livestream happening all day Tuesday.