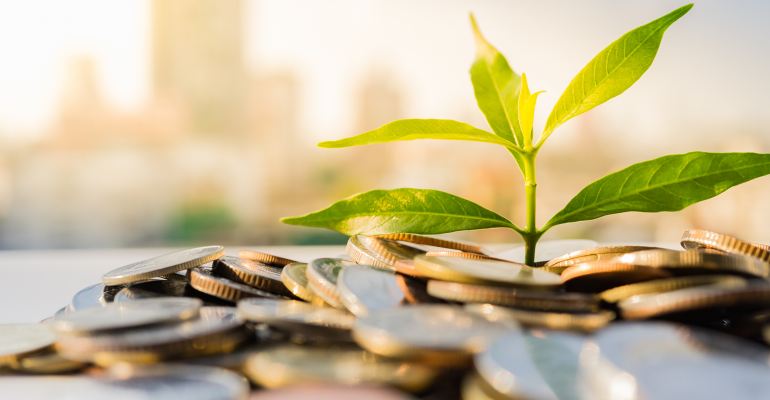 A game-changing federal law has made a different kind of crowdfunding possible. Find out what it's all about.

When you hear the term “crowdfunding,” you probably think of rewards-based platforms like Kickstarter and Indiegogo. Entrepreneurs use these sites to solicit funds from the masses in exchange for specific perks, such as early access to product, free samples or even just a snazzy thank-you note. Rewards-based crowdfunding has been around for about a decade now, and many new companies, including in the natural food and beverage space, have found success with this model.

But more recently, thanks to a game-changing federal law, a different kind of crowdfunding has emerged: equity-based. Instead of offering rewards in exchange for funds, equity-based crowdfunding guarantees each investor an actual stake in the company, proportional to their investment.

Related: How to know when you should get outside funding

This type of transaction was illegal in the U.S. until 2012, when President Obama signed the Jumpstart Our Business Startups (JOBS) Act into law. The goal of this legislation was to encourage entrepreneurship and make it easier for small businesses to secure funding to fuel growth.

But since that time, multiple sites have cropped up. Some were brand-new operations altogether while others had focused on other types of financing prior to the JOBS Act and then adopted the equity-based model once it became legal. While these sites all have their own terms, fee structures and nuances, they generally follow one of two tracts of equity-based crowdfunding: Title II crowdfunding, which means only accredited investors can participate, or Title III crowdfunding, also called regulation crowdfunding, which welcomes anybody to invest.

In less than three years, equity-based crowdfunding has raised billions for brands just starting out as well as established companies seeking to scale their businesses. So far, a good percentage of the startups that have exceled in this arena have been tech firms. This is in part because many platforms, such as Crowdfunder, SeedInvest, EquityNet, AngelList and MicroVentures, either specialize in or cater exclusively to the technology sector. But also, tech firms by their very nature tend to jive well with the technology-driven model that is crowdfunding.

However, food and beverage brands have also succeeded with equity-crowdfunding campaigns. In fact, according to Tommarello, food and beverage is the No. 1 category on Wefunder. He says breweries and distilleries have raised a lot of money, as have CPG brands offering specialty foods, drinks and health products.

“We have about 10,000 accredited investors on the platform who tend to write larger checks, but in terms of numbers, most investors are ordinary people,” Tomarello adds. “Companies set a minimum and a maximum raise, and as long as they pass the minimum, they keep what they raise.” Wefunder charges 7.5% of the total raise but there is no fee for launching a campaign.

Because of its B Corp status, Wefunder may be an especially good fit for mission-based natural products entrepreneurs who want to partner with a likeminded company and link up with values-driven investors. “Becoming a B Corp reinforces the message that we are in this for the right reasons: We care about expanding capital to more entrepreneurs and having a positive social impact,” Tommarello says.

A couple of other equity-based crowdfunding sites also host a fair amount of natural food, beverage and lifestyle brands. Fundable, which allows accredited investors only, offers a very flexible service for companies at various stages of growth. It does not follow the all-or-nothing structure—you keep what you bring in, and rather than taking a cut of companies’ raises, Fundable charges for subscription packages.

The other food-friendly site is StartEngine, a platform in which anyone can invest. StartEngine gives companies the freedom to set their terms. It does not charge upfront to launch a campaign but takes 6% of money raised.

The great thing about all three of these crowdfunders is they all pack plenty of information onto their websites, and they break it all down and make it palatable for crowdfunding newbies. Which platform you choose will depend on your precise business goals, but overall, equity-based crowdfunding presents an exciting and viable fundraising path that entrepreneurs didn’t have access to just a few years ago.

Which crowdfunding platform is right for your brand?
Jul 17, 2019

Why your brand should consider getting a line of credit
Jul 18, 2019

Female founders: Hitting roadblocks raising capital? Here's what you can do.
Apr 26, 2019