An investor’s observation: The rainbows of managing a business during COVID-19 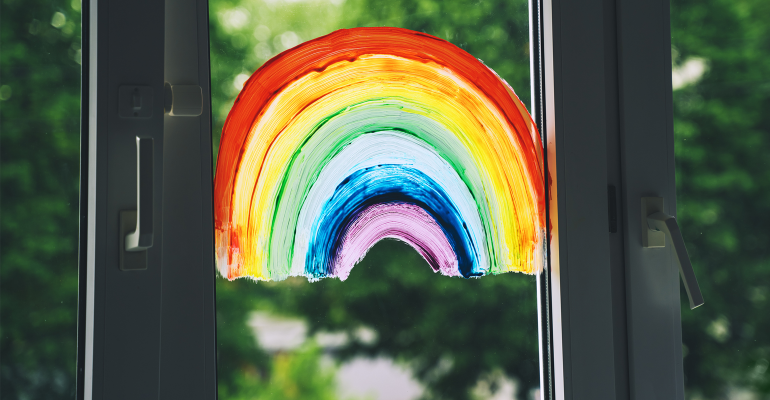 A focus on profitability, expense management and reasonable valuation expectations will benefit founders.

We’ve all heard some iteration of the quote: “With every thunderstorm, there appears a rainbow.”  There are a few rainbows from COVID-19 as it relates to investing in food companies. I believe these rainbows are also beneficial to entrepreneurs, which I’ll explain below.

But first, let’s put these rainbows into context. Investors invest in businesses to make money and there are two potential ways to do that.

Related: 7 tips for managing cash flow in the time of COVID-19

One way, and the most common way for venture capitalists in the food industry, is when a company is acquired (the exit).

The other way, and unfortunately not discussed very often, is from the cash flow a company generates. Most emerging food companies don’t generate cash flow, usually due to low gross margins and the high cost of doing business with food retailers/distributors, or they are being influenced by their investors and media/industry hype to focus on revenue growth and go for “the big exit.”

Related: Should you hold off on your funding round right now?

I wrote an article last year titled Sorry, your company is too small to be acquired. In it, I pointed out the relatively small number of acquisitions in the food industry as well as how companies that do end up getting acquired are actually a lot bigger than everyone thinks. Most large food companies that buy smaller brands generally want to see a brand with at least $50 million in revenue, or preferably even $100 million, before they are willing to invest the time and effort to buy and integrate a small bolt-on. Think about it: Large food companies generally have billions of dollars in revenue. Buying a $25 million revenue company doesn’t move the needle for them. They need to see that a brand can become a meaningful size.

Who knows how these potential strategic buyers will change their acquisition criteria over the next couple of years, but I’d have to guess they won’t lower their revenue threshold.

So what does that mean for investors and emerging brands today? I believe all of this points to the growing importance of needing to be profitable and needing to generate cash flow. That is quickly becoming the new standard for many investors—not revenue growth.

That is where the rainbows come in.

The rainbows of managing a business during COVID-19

1. Expense management. This period has quickly forced companies to very quickly tighten down on expense management. When investor capital was readily available in past years, and when growth was more important than profitability, it was easy for CEOs to be less worried about expenses. They were investing in growth, right? Yes, they were, but when a business is focused on growth, and when cash is available from investors, it’s easy to get comfortable with an expense structure that isn’t conducive to profitability.

The rainbow here is that companies are now being more conscious about their spending decisions than they ever have been, which has brought forward their timeline for becoming profitable. I saw one company that was losing almost half a million dollars a month become profitable in just two months’ time!

2. Improvement in cost of goods. Similar to the need to tightly manage expenses, most companies during this time have put a huge focus on reducing cost of goods and improving gross margins. A company’s gross margin is usually the biggest lever a company has for achieving profitability, and as companies have been forced to get by without new investor capital, this focus has strengthened the financial profile of businesses. Have you found this rainbow and improved your cost of goods?

3. Valuation alignment. It’s no secret that in recent years, valuations of early stage brands have escalated well beyond the intrinsic values of the companies. Valuations in the food industry escalated for several reasons, three of which include the following:

Why is that beneficial to emerging brands? Anytime a founder raises money at a high valuation, it sets a really high hurdle for how much they have to grow before raising money again. For a company that raised money at a really high valuation in recent years and has to go back out to the market to raise money again right now, they could be faced with having a flat round, down round or very little appreciation over the last round. That then creates a more challenging situation with a company’s current investors and it also leads to a lot more dilution for the founder.

On the contrary, for a company that hasn’t had to raise much money up until this point, the benefit of having more reasonable valuation levels right now is that it removes some of the pressure of crazy growth before having to raise money again, which is particularly helpful in a time of economic uncertainty. It also reduces the likelihood of a future down round or flat round so long as you continue to grow. Ultimately, it leads to more opportunity for a win-win for both the founder and the investors. And it generally makes a founder’s life a lot better if his/her investors are happy.

Even as an investor, the former operator in me remains a strong proponent of bootstrapping whenever possible. If you choose to take on investment, do it because you want to bring in some outside expertise to help you achieve your company’s objectives, not just because you need money. That means doing everything in your power to achieve profitability from the start.

The right investor can bring valuable strategic input and other knowledge that may be currently missing from a founder’s arsenal. The wrong investor will make a founder’s life really challenging.

So, in the end, do everything you can to not be forced to take on investor capital (focus on profitability!). Then, if you decide what a specific investor could bring would be valuable in helping you grow your business, you’ll have the opportunity to take the time and find the right strategically aligned partner.

Alternative ways to access business funds during COVID-19 recovery—and beyond
May 27, 2020

Capital raises to come with 'uncertainty premium' during pandemic
Apr 10, 2020

Where to access business funds during COVID-19 recovery—and beyond
May 22, 2020