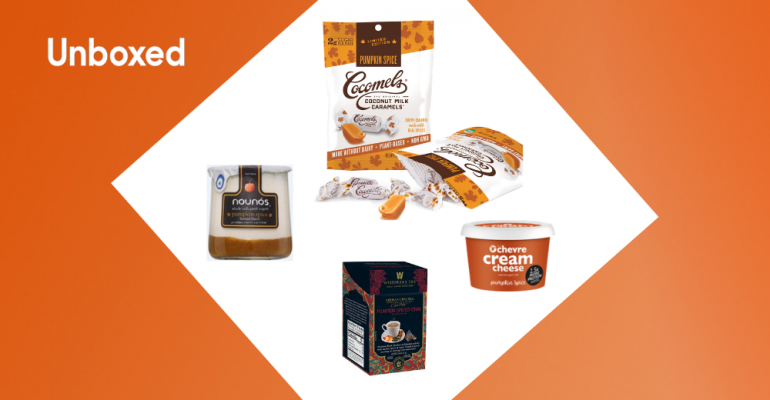 Start Slideshow ›
Who ever said that the Pumpkin Spice Latte hype was just a passing craze is now crying into one while eating a pumpkin spice muffin and thinking about the more than half-billion dollar industry that they could have been a part of.

It’s that time of year again: Consumers are bidding farewell to the summer and readying themselves for the inevitable flavors of fall. Enter pumpkin spice, the now ubiquitous autumnal palate-pleaser that has come a long way since the early pumpkin spice latte revolution, extending its sphere of influence this year to include edibles of every ilk (I’m looking at you, pumpkin spice SPAM!).

And no, you’re not imagining that pumpkin spice is creeping onto shelves earlier and earlier every year, with many products now making their debut in late August or early September. According to Johns Hopkins’ food researcher and noted pumpkin spice fan Kantha Shelke, as told to MarketWatch, this is proof that people’s love for this flavor combination has grown to such an extent that it now transcends seasonality.

In any case, it’s clear that the popularity of pumpkin spice goes far beyond the novelty or consumer fad. Many would argue that this beloved flavor combination—typically some blend of cinnamon, ginger, nutmeg, cloves and allspice—forms an undeniable part of our national culinary identity. This translates to a growing buzz around the appearance of these products in stores each fall, followed by a retail buying frenzy.

There are those products that actually include pumpkin on the ingredient list, and others that merely evoke the warmth of pumpkin pie through their blend of spices. One trend that seems to be growing is that of products that ask consumers themselves to add in  pumpkin purée, lending an extra dose of authenticity to these harbingers of fall.

Here are a few pumpkin spice natural food products we can look forward to this year—including some fan favorites and a few inspiring newcomers.