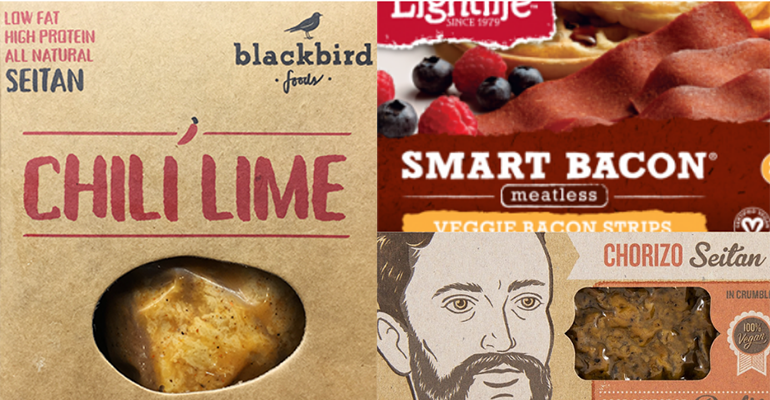 SPINS data shows seitan's highest growth is now among the mainstream channel rather than the natural one.

Plant-based foods as a category have been soaring, which makes it a stiff competition for top spots within the market. Soy has long dominated the category, but now seitan is on the move. A recent Research and Markets report found that the global meat substitutes market is expected to reach $5.81 billion by 2022, thanks to growth of vegan preferences and health awareness generally—and seitan is expected to see the fastest growth in that time.

SPINS data suggests that much of the growth seitan saw last year came not from natural consumers, but from the mainstream channel and the increasing interest in plant-based foods that mainstream consumers have been recently showing overall.

“Seitan started as a Natural Channel trend and that’s where we see the majority of market share, but it’s losing appeal in that geography. This is reflected in the higher growth rate reporting in MULO and the decline in Natural, which makes it appear seitan has shifted to a mainstream conventional trend,” said Michelle Gillespie, Natural Insights Analyst for SPINS.

Their data shows that seitan, like other refrigerated plant-based meat alternatives, experienced double-digit growth in 2018. At a 10.8 percent increase over 2017, seitan grew faster than tofu and plant-based deli products, although was outpaced by tempeh and other alternative meat offerings like burgers and nuggets.

He added that tempeh and seitan are also gaining new attention from core-natural consumers because of innovation in ingredients, such as non-soy tempeh, as well as specialty craft approach to traditional ingredients like wheat gluten and soy.

Coons also called out brands that have really been shining, like Blackbird, Smiling Hara, Hempé, and Upton’s Naturals, all of which are driving both innovation and dollar growth among natural consumers.

Is there room in the plant-based future for old-school meat alternatives?
Aug 29, 2017