Is 'regenerative' the new foodie buzzword? 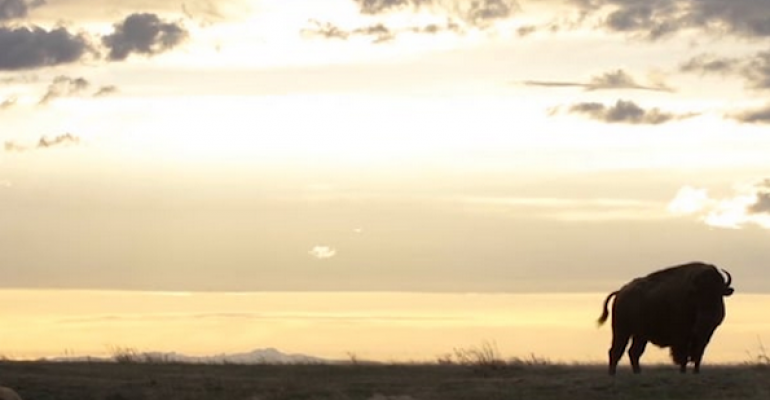 Both food and supplement brands are embracing the concept of food production as a means to rebuild soil, capture carbon, mitigate climate change and more.

There are lots of reasons to choose organically grown food: Supporting farmers who care about the earth. Lower exposure to pesticide residue. Potentially tastier.

But confusion about the specifics of organic still persists—especially with consumers who typically shop at conventional groceries.

Moves to educate organic’s virtues are commendable. Earlier in 2015, for example, California Certified Organic Farmers released a label reading “Organic Is Non-GMO & More,” an effort to stem the tide of shoppers choosing Non-GMO Project Verified products over those carrying the USDA Organic seal.

But despite such education, some are still unclear why they should choose organic.

Enter the new natural industry buzzword, “regenerative agriculture,” defined as the practice of farming that builds soil health and recaptures carbon emissions from the atmosphere. “Typically, it uses cover crops and perennials so that bare soil is never exposed, and grazes animals in ways that mimic animals in nature,” the Guardian reported in a March 2015 article. “It also offers ecological benefits far beyond carbon storage: it stops soil erosion, remineralizes soil, protects the purity of groundwater and reduces damaging pesticide and fertilizer runoff.”

Pioneering brands are educating consumers on organic’s benefits by focusing on how it rebuilds the soil and ecosystems, also referred to as “carbon farming.”

Patagonia Provisions, Patagonia’s newer line of consciously produced food products, embodies this idea. “One of the best and most exciting tools we have to combat global climate change already exists, and it lies directly beneath our feet: soil,” writes Patagonia founder Yvon Choinard in an essay. “Healthy soil nourishes a great diversity of plants, insects, fungi and microbes. Plants draw CO2 from the atmosphere for photosynthesis, then exchange the carbon with fungi and microbes that help store it away in the soil. Managing our grasslands to promote diversity also provides better nutrition for livestock.”

For example, Patagonia Provisions' newest product, buffalo jerky, is sourced from five herds over 50,000 acres overseen by rancher Dan O’Brien, who also authored Wild Idea Buffalo (2014, University of Nebraska). O’Brien is dedicated to raising bison in concert with their wild behavior—his bison only eat only grass, roam on thousands of acres and help restore the prairie. “Conservation and the protection of prairie biodiversity are our main products. Buffalo meat is the delicious byproduct that (sometimes) helps pay the bills,” O’Brien explained on Patagonia.com. Here, the story of regenerative food production extends beyond the farm. Rather, the narrative reaches into supporting prairie ecology for increased biodiversity, environmentalism and more.

Supplement brands are interested in educating consumers on regenerative farming, too. Natural Vitality, a company that is a longtime supporter of programs focused on soil health, recently launched an e-book designed for in-depth education. "Soil and Your Health" details why soil is the key to improved food nutrition, how to pick produce that supports soil and how building soil can help assuage climate change. Creating content around such conscious farming methods solidifies the brand's commitment to practicing business in a regenerative way.

More than a label

“Regenerative” is so much more than a labeling standard. Rather, it’s a holistic way of understanding why to choose ingredients that were grown outside factory farming.

As an educational tool, the term is powerful. As a farming practice (whether it be through organic, biodynamic or equally responsible methods), regenerative is transformative to the environment.

Secret Shopper: Is my organic produce being irradiated?
Nov 19, 2015