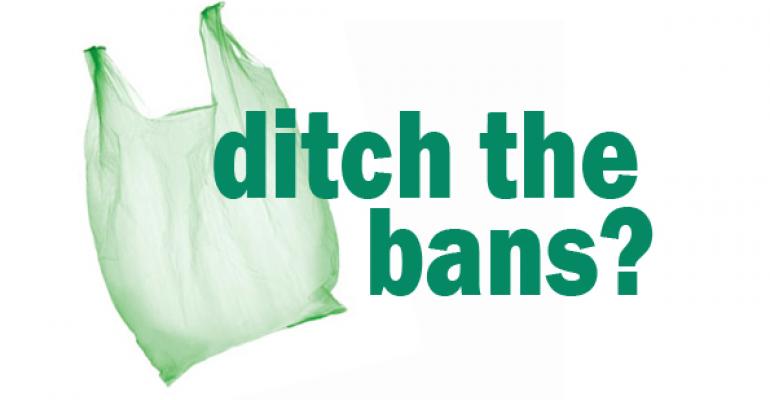 Community plastic bag bans have drawn the ire of a Texas legislator who has proposed a ban to such rules.

Rep. Drew Springer introduced a bill that would disallow such city rules in the Lone Star State, according to a report in the Star-Telegram.

Springer told the newspaper such bans are a "hidden social tax" that "must be stopped":

"At a time of economic recession and with food prices at an all-time high, this hidden social tax on the poor will cause many to have to choose between necessary items such as milk and bread or having a reusable bag to carry their groceries," Springer said. "This type of government overreach must be stopped here and now.

"If a municipality can ban bags, what is to say they won't mandate how large a soda can be or how much salt one can put on their food."

The issue of bag bans across the nation pits environmental concerns against business rights, but this Texas rule raises the idea of removing local government control.

Benjamin Isgur, a Fort Worth board member of the nonprofit Texas Campaign for the Environment, told the newspaper:

"It has gotten to the point where we have fields of bags. In terms of not messing with Texas, we've messed it up a bit.