5 natural retail trends to watch in 2012 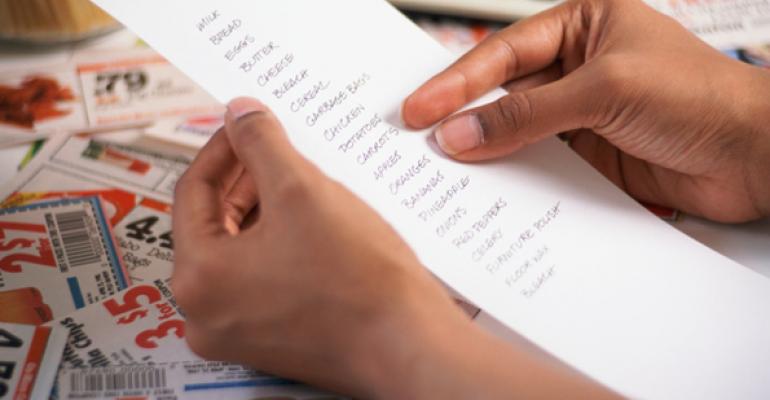 Deal shoppers, mobile technology and the &#39;farm to table&#39; movement are all expected to change the retail environment in 2012. Here we look at these and other trends that will shape the coming year for natural products retail.

From the continuence of frugal shopping to breakthroughs in mobile technology use, a confluence of factors is expected to fuel more change in natural products retail in 2012. Here’s a look at five trends that could be particularly influential next year.

Trend: Dealing with the deal shoppers

Thanks to Groupon, LivingSocial and other daily deal sites, consumers have been trained to expect a discount on just about everything—and this shopping behavior is expected to continue, particularly if the economy remains slow to recover. Even Whole Foods Market got into the daily deals game in September 2011, selling 1 million “$20 of products for $10” vouchers in one of LivingSocial’s biggest deals to date. Even small natural products retailers can tap into this shopping paradigm by offering their own daily deals.

Yet, be warned: Feeding shopper appetites for killer deals by slashing prices (even if only momentarily) can be a dangerous drug for retailers, says retail strategist Rafael Mael. "The more you cut prices, the more your customers expect it." That’s why Mael advises natural products retailers to compete on expertise and customer service rather than on price.

Trend: Loyalty for all

Shopper loyalty and rewards programs are nothing new, but advances in mobile and social technology will make these customer initiatives even more prevalent in the retail environment in 2012.

On the food and healthy products fronts, large retailers such as GNC, Safeway and Kroger have been the primary adopters of loyalty programs. Now, however, we are seeing even small natural products retailers find innovative ways to use drive sales and meet shopper needs with loyalty and rewards offerings.

For example, Nature’s Green Grocer in New Hampshire gives its customers 5 percent back on every dollar they spend. The retailer’s rewards dollars can be spent on anything in the store and never expire. “People come in specifically asking to sign up for the program because they've heard about it from friends or family,” says the store’s founder, Joel Patterson. “We’ve also seen average basket sizes increase. Customers who used to spend between $30 and $35 per visit now spend in the mid $40s.”

According to Morgan Stanley Research, sales of smart phones—which provide easy, mobile access to the Internet—will exceed that of PCs in 2012. Not surprisingly, the widespread penetration of smart phones is poised to change the retail landscape by further empowering consumers with real-time product and pricing information. In fact, one can already see how this technology is forever altering shopping behavior. Consumers now use their phones to check prices, evaluate products, find and use coupons, pay for products, and much more—all on the fly and on location.

But is launching a mobile app the right thing for retailers to do? The answer depends on the retailer and the type of app that retailer wants to develop, says John Caron, senior vice president of marketing at Modiv Media, a developer of retailer apps. Apps that provide little more than a store’s basic information—hours of operation, location and sale details—provide little value to consumers and are hardly worth the effort, Caron says. Yet, flashy, expensive-to-develop apps aren’t the right avenue for most retailers either. The better bet is to offer an app that provides real consumer utility, is easy to use and gives shoppers a reason to keep coming back—to the app and to the store.

Stop & Shop’s SCANIT mobile app—which was introduced to the conventional supermarket chain’s 45 stores in 2011—is one such example. Using an iPhone or Android device, shoppers can use the app to scan products as they shop and skip long check-out lines by paying at a special kiosk. Because the app is tied into the store’s loyalty card database it also serves up coupons in real time as users peruse the aisles.

Thanks to recent food safety scares, consumer class-action lawsuits over food marketing claims, and Food and Drug Administration and Federal Trade Commission warnings related to adulterated dietary supplements or unapproved functional food products, consumers—and the watchdog groups working on their behalf—are placing greater scrutiny on many products, especially those positioned as health and wellness products. This, of course, is putting greater onus on natural products retailers to increase their own due diligence on the products they choose to carry in their stores.

Dietary supplements are a perfect example of a product category that is under increased scrutiny from both consumers and regulators—and this is expected to only increase in 2012. In one recent example, the FDA issued a warning to consumers that the popular homeopathic HCG weight-loss drops are illegal and should not be purchased or sold. As a natural products retailer, if you currently sell homeopathic HCG drops you would be wise to consider pulling these products from your shelves in 2012. After all, you are the product gatekeepers for your customers, and they are counting on you to weed out those products that may not be safe or efficacious.

Trend: The farm comes to the store

Consumer interest in the “farm to table” movement has been steadily growing over the last several years and shows no signs of abating. Fortunately, new business models and technologies will make it that much easier for food retailers to meet growing shopper demand for locally grown produce.

Ernie Shelton, founder of Shelton’s Natural Foods Market in Healdsburg, Calif., is building one successful approach to bringing local, organic food to his shoppers. Along with his store, the longtime natural products retailer manages and farms a 1.5-acre organic garden in nearby Sebastopol that provides the majority of vegetables for Shelton’s Market. Shelton plans to grow his farming operation so that he can eventually supply local restaurants, caterers and even other stores with his garden's organic vegetables.

In another example of how farming is moving closer to the retail environment, New York-based BrightFarms is working to bring hyper-local produce to grocers through hydroponic greenhouses that are built on retail rooftops. McCaffrey’s Markets was the first retailer to ink a deal with BrightFarms, which is in the process now of erecting a greenhouse on the rooftop of one McCaffrey’s stores in New Jersey and Pennsylvania. “Not only will the greenhouse allow us to continue providing to our customers the freshest and highest quality produce, but it also fits right into our company philosophy to make as small an impact on the environment as possible,” says McCaffrey’s owner and CEO, Jim McCaffrey.

Another benefit of both the BrightFarms and Shelton Market's models is the cost efficiency each delivers by reducing the transportation expenses associated with procuring fresh produce.

Shrinking grocery stores and other retail trends to watch
Nov 12, 2010