HomeManufacturing and Supply (Business Resources)Energy drink makers face investigation for possibly misleading consumers
Recent
Latest
6 tips to promote consumer understanding of Certified Organic
May 18, 2022
Sponsored Content
Balanced Health Botanicals Newsletter – May
Getting ready for 2023: Trends for brands to consider
May 17, 2022
EXPO VIDEO: How did a young sparkling water brand get licensing deals with Marvel and Disney?
May 16, 2022
Trending
Debra Stark’s light shines bright on natural products industry
May 10, 2022
Unboxed: 7 plant-forward ice creams to stock this summer
May 10, 2022
Hemp CBD industry struggles so far in 2022
May 10, 2022
Monitor: Consumer research on collagen shows how much education is needed
May 12, 2022 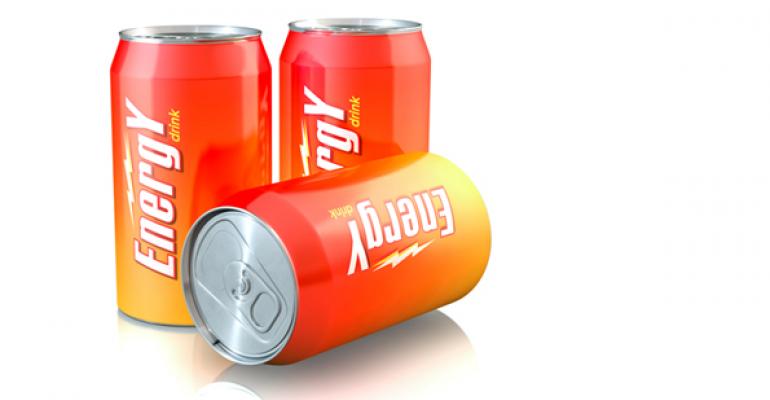 Are energy drinks as healthy as they claim? To find out, New York&#39;s Attorney General issued subpoenas to several energy drink manufacturers.

New York Attorney General Eric Schneiderman issued subpoenas in July asking for information from several energy drink manufacturers—including PepsiCo (AMP), Monster (Monster) and Living Essentials (5 Hour Energy)—regarding their marketing and advertising practices. According to a Wall Street Journal article, the investigation centers around “whether the multibillion-dollar energy-drink industry is deceiving consumers with misstatements about the ingredients and health value of its products.”

Caffeine packed energy drinks have been a hot topic over the last year with different legislative and regulatory reactions around the globe. In June of this year, the Food Safety and Standards Authority of India determined the name “energy drink" was misleading and that those beverages should instead be called “caffeinated beverages” and labeled with a safety warning.

The warning will read, “not recommended for children, pregnant or lactating women, persons sensitive to caffeine and sportspersons.” It further went on to specify that these caffeinated beverages must not be allowed to make energy-boosting or nutritive claims.

Last year an expert commission in Canada advised the Canadian Health Minister Leona Aglukkaq to reclassify energy drinks as drugs and to allow their sale exclusively under the supervision of a pharmacist. In a compromise with industry Aglukkaq instead decided to reclassify energy drinks as food products—rather than Natural Health Products—and set new regulations and label requirements accordingly. The goal being to “ensure that parents have the information to make the best choice for themselves and their families."

It’s less clear exactly what goal Schneiderman has in mind with this investigation. Presumably the goal is to protect consumers from misleading advertising, health claims or inaccurate labeling in regards to caffeine content. This is essentially what Reed Albergotti and Mike Esterl reported in the Wall Street Journal.

A similar article published in the New York Times on the same day raises some different questions and implies a slightly different course for the investigation. Nelson D. Schwartz writes in the Times article:

"The attorney general, Eric T. Schneiderman, is also looking at whether the companies — Monster Beverage, PepsiCo and Living Essentials — violated federal law in promoting the drinks as dietary supplements rather than as foods, which are regulated more strictly."

New York attorney Marc Ullman of Ullman, Shapiro, & Ullman, LLP., questions the validity of this angle. There may be general consumer protection laws against fraudulent or misleading advertising, and the attorney general can certainly look at all of those things, he said.

“However the Times is suggesting that he’s looking at whether some federal laws were violated. Specifically the Food Drug and Cosmetic Act, the FDCA. Schneiderman has no authority to enforce the FDCA,” Ullman explained in an interview.

Another potential hiccup for Schneiderman’s investigation came on Aug. 10 when a letter from the FDA to Sen. Dick Durbin (D-IL) made it clear that FDA isn’t convinced that energy drinks currently pose a consumer health threat.

Sen. Durbin had written FDA in April calling for tougher regulation on energy drinks, specifically a limit on caffeine levels. In the letter Jeanne Ireland, assistant commissioner for legislation, wrote that FDA considers caffeine intake up to 400mg/day to be safe and will maintain that stance until new safety studies showing toxicity or concerns with caffeine come to light.

Do you think energy drink companies are deceiving consumers? Share in the comments.

India to Propose Regulation of Energy Drinks and Caffeine
Jul 19, 2012