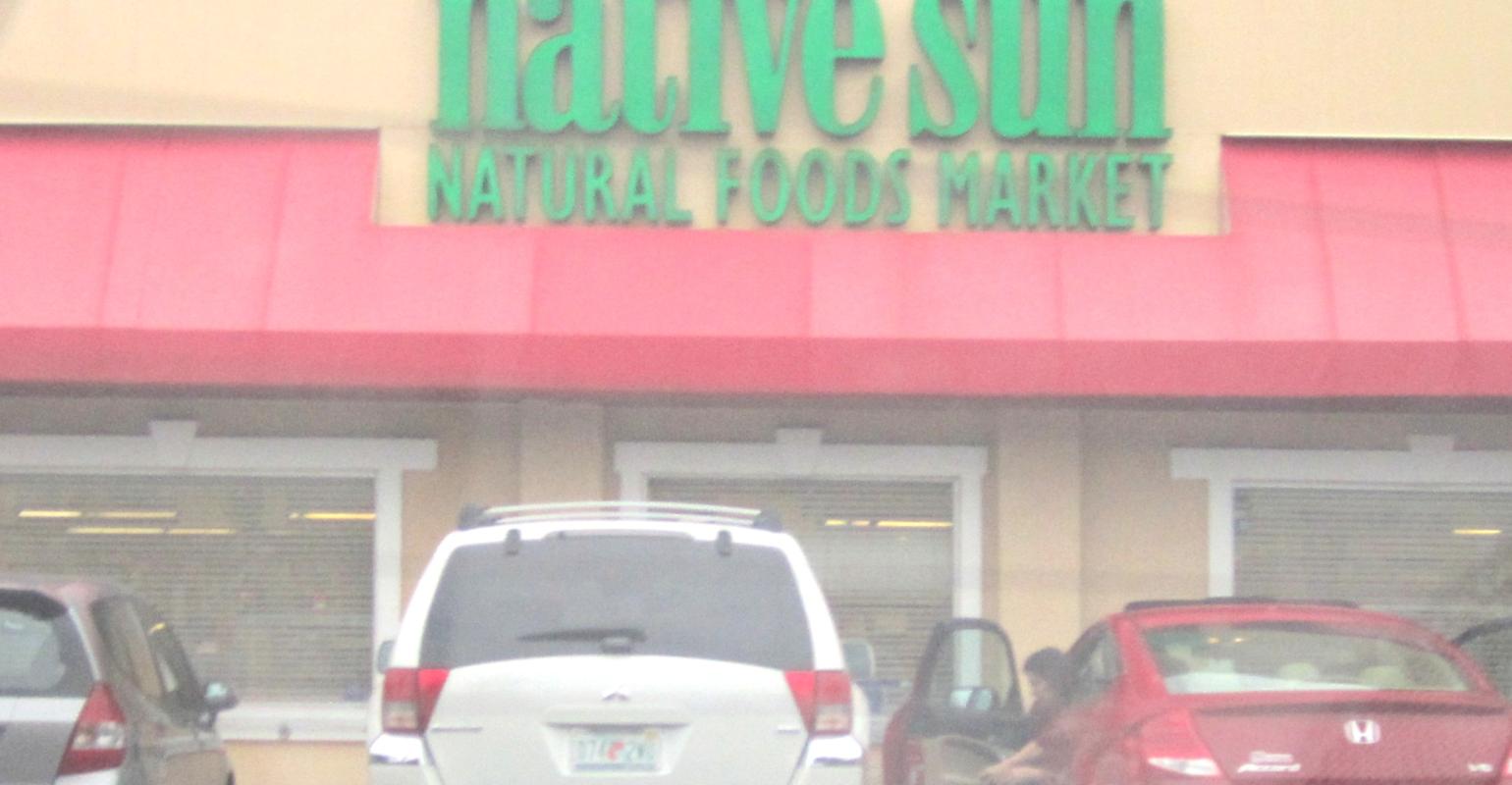 When Aaron Gottlieb arrives at work in the morning, sometimes as many as 30 people are waiting in the parking lot for his store to open. More than for early morning grocery shopping, Floridians head to Native Sun Natural Foods Markets in Jacksonville to give their day a jumpstart with a healthy breakfast prepared with organic, non-genetically modified ingredients. In addition to a bevy of gluten-free baked goods, Gottlieb offers gourmet-like prepared foods, a juice bar and a salad bar at both of his store locations. 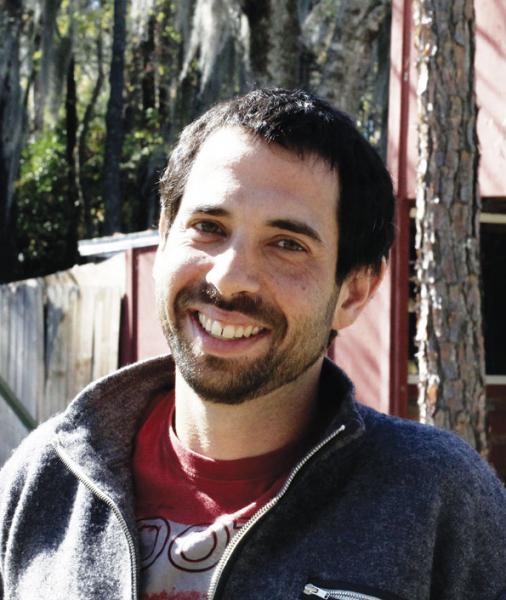 His largest store also has a hot bar, which has become so popular during mealtimes he plans to expand the store’s deli by the end of the year to create a more restaurant-like environment. Gottlieb shares how he straddles prepared foods and grocery and why he was at first hesitant to get into food service.

Natural Foods Merchandiser: Your first location didn’t initially include a deli. Why did you decide to add one in 2003?

Aaron Gottlieb: There was an old joke in the ’90s and it probably still holds true for a lot of people today. “How do you make a small fortune?” The answer was, “Have a large fortune and then open up a natural foods store deli.” I definitely believe that if you don’t know what you’re doing with a deli, that statement can hold true. When I opened Native Sun in 1996, I wanted to enter the grocery business, not food service. I thought, there’s no way I’m touching prepared foods. Over the years though, the store kept growing and people continued to ask for a deli. We realized that shoppers wanted us to be a place that they could go for a quick, healthy meal. There weren’t any natural restaurants in the area. We decided to try dabbling in food service by just offering sandwiches and salads.

NFM: How has your deli operation evolved?

AG: Initially, we strictly wanted to offer to-go options. We thought people could come in, get their mashed potatoes, turkey meatloaf and greens, take it home and put it in the oven for a quick meal. We offered different family-sized options. In fact, we didn’t even call it deli. It was Native Sun to go. Our customers didn’t hear that though. They wanted traditional deli offerings like potato salad and coleslaw. Even though we weren’t planning on these foods being our mainstays, we learned quickly that we needed to grow with what they wanted us to be.

We opened a full-fledged deli, but we still focused on portable foods. Wraps were our number-one seller, and by 2006, we were selling more than 10,000 a month per store. In 2006, we opened a hot bar at our Baymeadows location. Those offerings are only as good as your chef, and right now hot bar sales are through the roof. It’s become a breakfast, lunch and dinner destination.

NFM: How do you manage costs?

AG: We started by looking at grocery items that we knew were great products but weren’t selling well. We had a tofu that we believed was amazing, even though nobody would buy it, and we developed a dish out of it. As a staff, we asked, “Where are our weak spots?” We looked at our store as our pantry to move less popular items. What drowns people in the deli is they usually create waste; we did the opposite.

NFM: What are some of your most popular dishes?

AG: In the hot bar, ironically, some of the simplest things are the favorites. Steamed broccoli probably moves faster than anything because everybody gets it as a side. We also sell a ton of things like adobo chicken and garlic-encrusted salmon. With sandwiches, our seared tuna and vegan bahn mi are extremely popular. In the cold case, staples like potato and kale salads and grilled chicken continue to be consistent. Many of the original dishes we started with in 2003, like our spelt apple salad and the kale and avocado raw salad, are still top sellers. People beg for those dishes when we try to retire them.

There’s also a bunch of new stuff that we’ve been able to offer as we’ve gotten more volume. When we started, seared tuna would not have been something shoppers would have bought from a deli case. Now that we’ve gained their trust, when we put it out, it’ll be gone in five minutes. With any new food, we add it in four or five ways. We offer seared tuna steaks, seared tuna salads, wraps and a seared tuna melt. It’s expensive, but people consistently return for these products because of the quality.

Delving in to deli standards

NFM: Do the standards in your deli mirror those in your store?D

AG: If you open a health food store to offer organic and non-GMO foods, why would you then buy deli ingredients from conventional vendors to lower costs? I see that in a lot in natural foods store delis. Going into this, we wanted our food to be honest and true so that customers wouldn’t feel faked out. Everything is organic, even our spices. Our meat is free range, antibiotic and hormone free. Our seafood comes from the CleanFish Alliance, or it’s wild. We’re real particular about it.

To the best of our knowledge, we also keep GMOs out. I tell people that we’re the most GMO-free location in the country. At the end of the day, I have to be impressed with the food coming out of here, or I don’t like to come to work.

NFM: How do you meet the needs of customers with special diets?

AG: I don’t believe the success of a deli depends on developing offerings around specialty diets. We’re very aware of special diets, but we would never call something a vegan turkey sandwich. That label will keep non-vegans from trying it. Many of our gluten-free and vegan dishes are the most popular with customers without dietary restrictions. We’ll add a small denotation on the labels of foods that meet a specific need. If you know that small v on the avocado salad means vegan, great. If not, no problem. That said, on our sandwich menu, at least 40 percent is always vegan and vegetarian. In the hot bar, vegan and gluten-free options are offered daily.

NFM: Do you work to provide economical options?

AG: During the recession, the retail model was destroyed. Owners had to redefine or they’d go out of business. In our deli, we added specials to help people continue to eat organic on a budget. On Mondays, it was soup and a baguette for $1.99. On Wednesday’s, we’d take $2 off the hot bar and salad bar. Every day of the week we offered a discounted choice. We didn’t lose customers during that time, but we weren’t growing. Today, the economy continues to sputter, and we still offer daily discounts. We’re starting to grow again, which is encouraging, but I continue to watch the marketplace.

AG: We have free wrap cards. A wrap costs me about $3 to make. We do not distribute them as “we’re sorry” cards to customers who may have had a bad experience. We keep them locked up so employees can’t abuse the offer. They’re used specifically for events. If we sponsor a triathlon, we give the cards as bag stuffers. If 1,000 people showed up, that’s $3,000 of advertising. If everyone who receives a card ends up coming into the store, that’s great. How else can I get 1,000 customers here for only $3,000? We do six races a year and sponsor two teams. When you look at our lunch crowd today, it’s a lot of athletes who weren’t here before. All of them want to support the retailer that supports what they do.