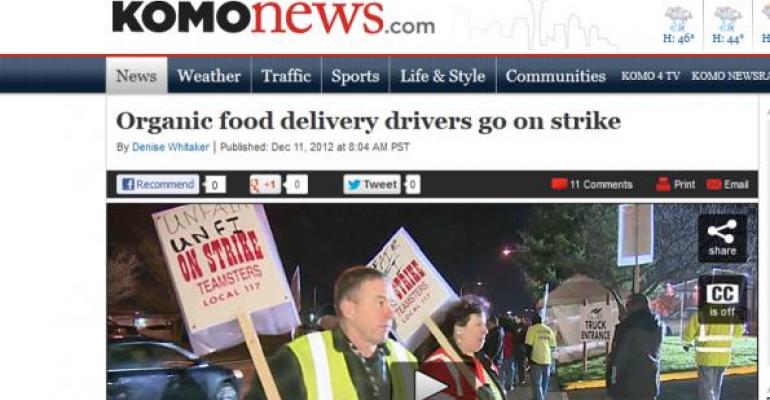 United Natural Foods' drivers in Washington will return to work as union contract negotiations continue, according to news reports.

The Teamsters union members voted 80 to 14 to stop picketing. It was not immediately clear whether the workers would return to their jobs on Thursday or on Friday.

Teamsters Local 117 and UNFI have been negotiating a contract since May. The union voted to strike in September, but negotiations continued without such action until earlier this week.