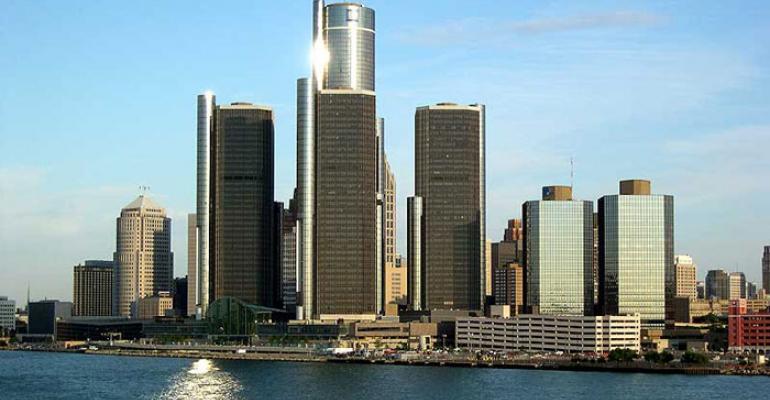 Upscale natural retailer Whole Foods Market announces plans to open a new store in Detroit, a city infamous for high crime and urban decay. Why is the retailer taking the gamble?

Detroit, a city infamous for high crime rates, unemployment and a shrinking population, may seem an unlikely spot for a new Whole Foods Market. But the retail chain has set its sights on the Motor City, and retail analysts say the move makes sense.

The Austin, Texas-based natural products chain will break ground on a 20,000-square-foot supermarket in Detroit's Midtown district in May. Whole Foods Co-CEO Walter Robb promised Detroit dwellers that the store will represent the best of the chain.

The decision to open a store in a depressed area signifies the store's commitment to making healthy, natural and organic food accessible across the country, said Bill Crawford director of retail programs at New Hope Natural Media.

"If natural products stores are truly about bringing health to their communities, they can't only stay in areas that are affluent," he said. "They have to go to where people are needing food and needing nutrition. Moving to an area like this is a logical part of that mission."

The Midtown district where the store will be located is considered a neighborhood in transition. The area north of downtown still has many vacant buildings but is anchored by Wayne State University, the Detroit Medical Center, the Detroit Institute of Arts and Orchestra Hall.

How is Detroit responding to the news?

Already, Whole Foods decision to move to the area is having a positive impact, said Olga Stella, vice president of business development for the Detroit Economic Growth Corporation. "We've long been known as a city that doesn't have a single grocery chain," she said. "When you snag a national chain like Whole Foods, that really begins to change people's perspectives about the quality of life in Detroit."

Since the announcement, Stella has received several calls from business and real estate developers interested in taking a look at business prospects near the proposed location of the store.

Jim Hertel, managing partner of Chicago-based retail consulting firm Willard Bishop said given the proposed location of the store, it's likely to attract shoppers with an adventurous spirit and desire to be involved in social issues. "These are exactly the type of shoppers that Whole Foods seeks," he said.

The store is also likely to appeal to those looking for locally made goods and produce. Stella highlighted Whole Foods' commitment to supporting entrepreneurs at the community level and said the store has already highlighted its efforts to build relationships with Michigan farmers.

The Midtown store will also give local vendors, who may have struggled to get products placed in larger mass stores, an opportunity to reach a larger audience.

Rather than focusing on the gourmet, high-end foods that differentiate Whole Foods in many other retail markets, Crawford suspects Whole Foods will primarily stock healthy staples to mirror the needs of the surrounding community.

"Whole Foods has made a very strong push on the focus of local—local food, local outreach, local community, local involvement," he said. "In an area like this, which is the store's first distressed urban area, it works well that they give each store enough autonomy to make decisions about product selection. The store can make decisions to connect with the needs of its shoppers."

It's no secret that Whole Foods is aggressively working to expand its retail reach. The chain opened six new retail stores between October and January last year including five in the U.S. and one in Scotland. This year, the retailer is on track to open between 24 to 27 stores. As many as 32 new locations are slated for 2013.

"We may not get to [the company’s goal of] 1,000 stores within this decade,” John Mackey,  chairman and co-chief executive officer told Supermarket News, “but it’s possible it will happen before I hang them up.”

The retailer is also experimenting with alternative store formats and announced plans to open a "pop up" location in the Hamptons this year. The seasonal store will operate during the summer months and offer organic and local produce and specialty items, Michael Sinatra, a spokesman for the chain told the East Hampton Star.

"New Chapter had a mission and an imperative to take healthy products to a broader audience," he said. "The additional capital from P&G would give them an opportunity to sell what they had to a bigger group of people. Fortunately Whole Foods doesn't need the additional capital, but has the same motivation. It's about brining healthy, high-quality products to the biggest audience possible."

Gisele Fetterman on moving a food desert from blue ketchup to kale
Sep 22, 2011