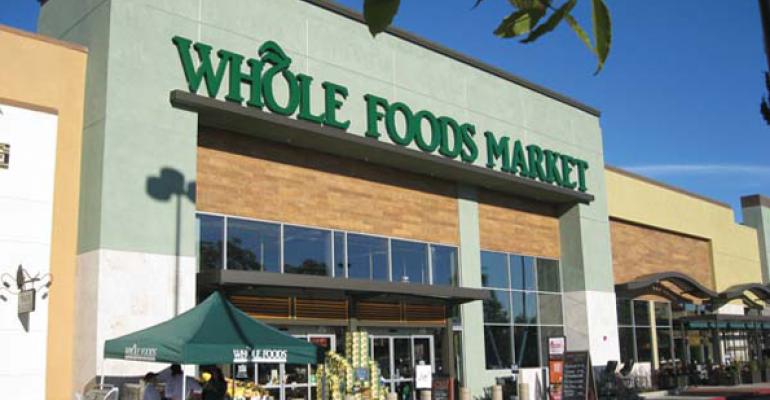 Last week, Whole Foods Market was a victim of its own success. The publicly traded mega natural grocery chain reported its earnings on Nov. 2; and although net income for its fiscal fourth quarter jumped 31 percent to $75.5 million and fourth quarter revenue increased 12 percent to $2.4 billion, the performance didn’t quite meet analyst expectations. The result? Whole Foods’ shares fell nearly 5 percent.

The company’s stock price has rebounded some since and most analysts acknowledge that, after several quarters of blowing the numbers out of the water, Whole Foods is currently being held to some very high performance standards. “Expectations were incredibly high going into the quarter,” Jefferies & Co. Analyst Scott Mushkin told Reuters.

One key performance metric that was off in Whole Foods’ latest earnings round was its same-store sales, which grew 8.4 percent but missed analyst expectations of a 9.1 percent gain. Whole Foods was also off slightly on its expected earnings for its next fiscal year. The company is forecasting earnings of $11.4 billion to $11.6 billion, or $2.21 to $2.26 per share. Analysts were expecting $2.26 per share and revenue of $11.6 billion.

Despite last week’s stock drop, Whole Foods continues to shine in the grocery sector. In fact, the company continues is expanding at a faster rater than nearly every other U.S. food retailer. Whole Foods is also on an expansion spree that continues to gain steam. The retailer opened 18 stores between November 2010 and November 2011, and it plans to open another 27 between now and September 2012 and another 28 to 32 in 2013. In all, Whole Foods now operates 316 stores—some 684 shy of the 1,000 stores Whole Foods says it believes it could eventually operate in the United States.

“We consider 1,000 stores to be a reasonable indication of our market opportunity in the U.S.,” Whole Foods CEO John Mackey told analysts during the company’s Nov. 2 earnings call. “We are not yet saturated in any major metro area, and our flexibility on new store size has opened up additional market opportunities. In addition, through acquisitions and our own store development, we have learned that select secondary markets are ready and waiting for Whole Foods Market to come to town.” Mackey said Whole Foods sees Canada and the United Kingdom as promising expansion ground, as well.

Overall, Whole Foods’ share price is up 39 percent this year. In comparison, Safeway’s stock is down 14 percent, Supervalu down 18 percent and Fresh Market down 1 percent, according to the website WallStCheatSheet.com.

"I give Whole Foods credit for correcting their mistakes and becoming a better retailer, (but) they're also harnessing a nice tailwind that many other retailers do not have access to right now," Matt Arnold, consumer analyst for Edward Jones, told Austin American-Statesman.

The bottom line for retailers

So what does all of this mean for other natural products retailers?

If you’re a publicly traded grocer such as Safeway or Supervalu, you are likely marveling at the reversal of fortunes seen at Whole Foods over the last several years. As Nutrition Business Journal has covered in detail, Whole Foods was battered particularly hard at the start of the recession. A concerted and successful effort to reposition itself as a place where good food values could be found—along with fancy imported cheeses and premade healthy gourmet fare—brought shoppers back into the stores and have kept them there as the economy has begun to improve.

The larger retailers—especially those working hard to build more robust natural and organic products departments—are probably also increasingly worried about the market share they are losing to Whole Foods. This concern is also likely on the minds of independent natural product retailers, more of whom are seeing Whole Foods move into their markets as the super chain continues to expand.

Mackey attributes recent market share gains to the company’s “well-executed value efforts.” These, Mackey told analysts during Whole Foods’ Nov. 2 earnings call, “have positively impacted” the retailer’s price image. It also helps that Whole Foods is raising “the bar in areas that matter to our customers—particularly our quality standards, and health and wellness [initiatives],” Mackey added.

Along with its Aggregate Nutrient Density Index (ANDI) food-scoring program, Whole Foods now operates in-store Wellness Clubs in Chicago, Oakland, New York City and Dedham, Mass. Members pay an initiation fee of $199 and monthly dues of $45 for access to nutrition courses, culinary classes, wellness assessment tools, supper clubs, personal coaching and 10 percent discounts on better-for-you products. “While still very early, we are pleased with the initial results we are seeing [for the Wellness Clubs],” Mackey told analysts on Nov. 2. “We hope customers will continue to embrace the concept and that we can expand our offering to more customers in the future.”

Although its efforts to streamline operations and simply run more efficiently are helping Whole Foods succeed in the current economic climate, the retailer’s focus on helping people led healthier lives is a crucial component of its current growth. “People are increasingly embracing healthier lifestyles to improve the quality of their life and minimize healthcare costs,” Mackey says. “As America's Healthiest Grocery Store, we are uniquely positioned to benefit from this major demographic evolution.”

Whole Foods is certainly proving to be masterful in its ability to leverage this shift in consumer behavior. Still, other natural products retailers are in a position to do the same—particularly those that can provide unique health-and-wellness education and affordable access to healthy products.

Warning signs on the horizon?

Whole Foods' continued success aside, clouds could be gathering on the horizon of natural products retail. Given the continued fragile nature of the U.S. economy, Whole Foods Market and other natural products retailers must remain vigilant—especially when it comes to pricing. With food and energy prices on an upward trajectory, it could be more difficult for retailers to continue passing on product price hikes to consumers—including the more affluent consumers who have been fueling Whole Foods’ sales success in recent quarters.

Whole Foods is among those retailers who seem to understand this. Said Whole Foods Chief Operating Officer A.C. Gallo during the Nov. 2 call, "We've realized that we've had to be really careful ... because we don't feel like we really want to push [prices] very much farther [onto consumers]."