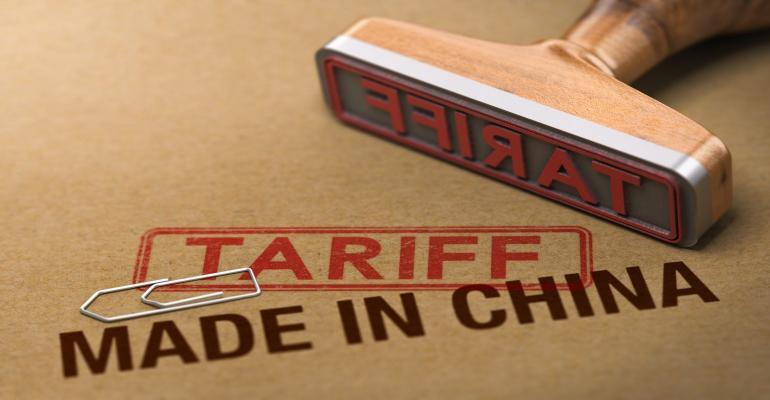 The latest round of implemented tariffs include many dietary ingredients, leaving the industry seeking exclusions and new non-China sources.

The Trump Administration has approved the latest round of superimposed tariffs on $200 billion worth of Chinese imports, including many dietary ingredients. The move places an immediate burden on the supply-side of the natural products industry, as companies scramble to figure out pricing and availability, while hoping for relief via an exclusion process. The effects, including any price increases, are not expected to impact retailers and consumers until a later date, possibly in mid- to late-2019.

President Trump announced the move Sept. 17 and set Sept. 24 as the effective date for this round of tariffs, known as “List 3.” Two previous rounds of tariffs were levied on a total of $50 billion worth of imports, primarily steel, aluminum and equipment.

After much speculation, Trump kept the List 3 tariffs at 10 percent, but this figure will rise to 25 percent on Jan. 1, 2019, if the trade war with China persists.

“We are taking this action today as a result of the Section 301 process that the USTR [U.S. Trade Representative] has been leading for more than 12 months,” Trump wrote in a statement published on the White House website. “After a thorough study, the USTR concluded that China is engaged in numerous unfair policies and practices relating to United States technology and intellectual property – such as forcing United States companies to transfer technology to Chinese counterparts.”

In a press release including the finalized list, USTR Robert Lighthizer noted changes to proposed List 3 were made after a six-week comment period and weeklong public hearings. “USTR engaged in a thorough process to rigorously examine the comments and testimony and, as a result, determined to fully or partially remove 297 tariff lines from the original proposed list,” Lighthizer reported.

Some Apple and Fitbit devices were removed from the list, as were child safety devices such as car seats and playpens, but dietary ingredients were not removed, despite the industry’s efforts, including testimony by Dan Fabricant, Ph.D., CEO and president of the Natural Products Association (NPA), during the first day of public hearings.

Under the banner of Americans for Free Trade, a coalition of businesses and trade organizations, NPA and trade groups from several other industries sent a joint letter to Lighthizer, expressing concerns about List 3, including exclusions and the short time between the release of the final list and effective date of the tariffs: six days.

“While we appreciate that USTR removed some items from the final list, there are many, many other products, especially at the 10-digit Harmonized Tariff System level that should be considered for an exclusion,” the letter stated.

The heart of the letter was a request for USTR to issue a List 3 exclusion process, as it did for the prior two lists. The exclusion process outlined in the Federal Register the day after List 3 was proposed addresses only List 2.

“We strongly believe that the exclusion process should continue for this latest round of tariffs, which encompass a wider swath of covered HTS [Harmonized Tariff Schedule] lines,” the letter stated. “It is even more important since the tariffs will escalate to 25 percent on January 1, 2019.”

The aim of the exclusion processes for the earlier tariff lists focused on whether the tariff would impose severe economic strain on U.S. companies and whether the product is available only from China.

“We have a lot of ingredients that fit that description, such as amino acids and sucralose,” Fabricant told INSIDER, referring to goods sourced mostly or entirely from China. “If you look at the HTS codes and the import numbers [for sucralose], the threshold’s above 90 percent. The only place you can get it is China.”

Fabricant further explained if another country currently supplies 10 percent of an ingredient, such as is the case with sucralose, it cannot supply the 90 percent coming from China in a short amount of time, if at all.

To date, the exemption process for Lists 1 and 2 has been slow and controversial. As of the end of August, the U.S. Department of Commerce had received more than 30,000 exclusion applications and had posted decisions on fewer than 15 percent. With exclusion decisions taking several months or more, decisions on any List 3 exclusions could be made after the tariffs rise to 25 percent in January.

Count IngredientsOnline.com as one supplier unconvinced that exclusion will be a savior. “The U.S. government has made the exemption process very long and very detailed,” said Peggy Jackson, vice president of sales and marketing for IngredientsOnline.com, noting the process requires U.S. stakeholders to provide data, including if the product and/or a comparable product is available from sources in the United States and/or in other countries. “While we know that over 85 percent of all dietary supplements include ingredients from China, in many cases there are additional sources from other countries. There are many additional steps to the exemption process but for this reason, it seems the exemption process will not be productive.”

Still, some in the natural products industry want to have the exclusion option available for those who wish to undertake the process in hopes of obtaining some tariff relief.

“We want to try to get in front of this as much as possible, to get the process up and running so we can at least submit exemption [applications]” Fabricant said. “[Companies’] books might have to take the hit tariff-wise for one quarter, but then they can get a stay or even get the money back retroactively.”

The tariffs have drawn immediate attention and resources from supplement companies such as growing sports nutrition brand Ghost Nutrition. “Bottom line? It’s a big concern (but at least it’s an issue that effects everyone equally,” said Ghost CEO Dan Lourenco via email from Shanghai, where he is dealing with supply chain business.

However, the problem isn’t just pricing, but availability. “We’re talking about companies that were on a good economic model, who aren’t going to be able to sustain this,” Fabricant explained. “In addition to eating the tariffs themselves, how can they get enough stock? That’s going to be their bigger issue. This is going to be a supply-side issue, much less of a demand-side issue.”

U.S.-based manufacturers and suppliers are having to find new sources of listed ingredients.

“In the past few weeks, we've added over 50 new ingredients and new suppliers from the United States, India, Ecuador and Germany,” Jackson said, adding her company is also attending international events in search of qualified suppliers to add to the ingredientsonline.com global platform. She added her company will also take advantage of webinars and trade events to find new global suppliers.

Potential downstream impact on natural products market
Supply chain issues affect downstream pricing. Retailers might not feel the tariffs’ effects in the short term, but as the tariff costs cycle through manufacturing timelines, the costs may reach retail shelves.

“It’s probably a three or four quarter play,” Fabricant predicted. “I think most manufacturing runs are done 12 to 18 months out. You have some runway there, but when you start to see some variability in prices and fulfillment, that’s where rubber meets the road.”

Jackson said her company already has seen factories increasing their prices under the 10 percent tariff, which will ultimately affect the American consumers. “The January 1st [25 percent tariff] list is very long and will impact many more factories, manufacturers and consumers,” she said.

In the meantime, some U.S. companies may be willing to invest in making some ingredients domestically. This may be a viable long-term solution to exposure to U.S.-China trade issues, but also could add value for those who seek more Made-in-the-USA products. At any rate, creating new U.S. supplies to replace Chinese imports is not going to happen overnight.

As the industry rolls up its sleeves to work on these tariff issues, the question remains: when will this trade war end?

While on the ground in China, Lourenco said, “I am very familiar with the situation and, frankly, I doubt China is going to simply bend here.”

Fabricant offered no prediction, but he noted, “This is the first time we’ve really seen China trade-wise scratch their heads a bit.”