HomeBusiness ResourcesManufacturing and Supply What’s worse than palm oil? Saying 'no' to it
Recent
Latest
4 tips to get ahead of chemical concerns in packaging
May 20, 2022
7 CBD favorites in the increasingly popular gummies format
May 20, 2022
Mission MightyMe helps parents introduce allergens to babies
May 20, 2022
UNFI's Eric Dorne to step down as chief operating officer
May 20, 2022
Trending
Whole Foods' honors 30 companies with 10th annual Supplier Awards
May 18, 2022
Sponsored Content
The rise of sustainable business – eGuide
Sponsored Content
Getting ready for 2023: Trends for brands to consider
May 17, 2022
Sponsored Content
Unboxed: 7 plant-forward ice creams to stock this summer
May 10, 2022
IdeaXchange
brought to you by

What’s worse than palm oil? Saying 'no' to it 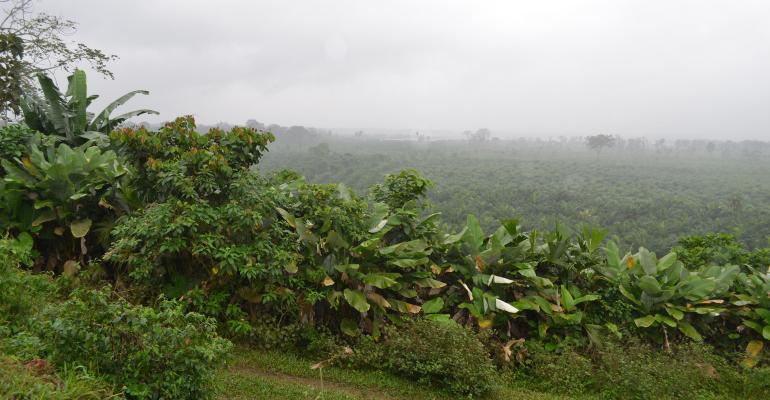 Think palm oil, think deforestation. Say no to palm oil and deforestation will be halted. This has been the simplified reasoning around the complex topic of palm oil. There have been numerous calls to action to boycott palm oil, and “no palm” labeled products are finding their way onto the shelves in our grocery stores. Is it really that simple? Let’s take a deep dive into what is at stake here.

Why we use palm oil

Palm oil as an ingredient in everyday household products has grown rapidly over the last two decades. It is used in half of the food and personal care products found in grocery stores and accounted for 37 percent of global vegetable oil consumption in 2017/2018. 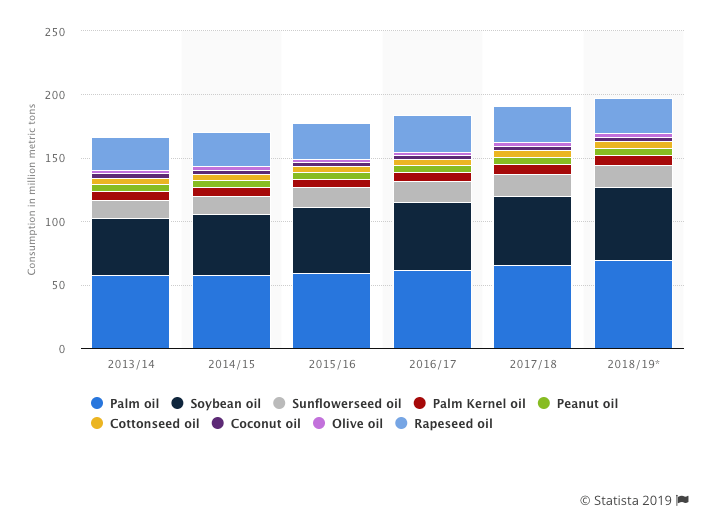 There are numerous reasons for the rapid increase of palm oil as an ingredient in such a broad variety of products. This outcome is the result of a mix of economic and political decisions taken by the U.S., EU and southeast Asian governments. The U.S. and EU ruling on (food) crop-based biofuels accelerated the use of palm oil. Indonesia and Malaysia, by far the largest producers of palm oil, used palm growing as an instrument to boost their economies. The efficient growing and high yield of palm oil led to large volumes being available in the market, at very competitive costs compared to other vegetable oils. This spurred the use of palm oil as an ingredient at the turn of the new millennium.

At the same time, while the use of palm oil grew more widespread, the incredible versatility of palm oil as an ingredient for food and personal care products became clear. Palm oil has many advantages and is a valuable ingredient for texture, taste, stability and shelf life. It offers a good replacement for hydrogenated or partially hydrogenated oils containing transfats, butter and lard. Due to its properties, the use of palm oil ensures the high product quality and performance that consumers are seeking in the market.

While accounting for 37 percent of global vegetable oil consumption, palm oil is produced from just 10 percent of all farmland dedicated to growing vegetable oil crops. Knowing its outstanding efficiency and versatility, we need to be aware that moving away from palm oil and replacing it by other vegetable oils will lead to the need for more agricultural land, shifting deforestation and potentially inferior products.

During the heightened debate around palm oil’s role in tropical biodiversity loss, leading organizations found consensus in the fact that deforestation would not be halted by reformulating products and boycotting palm oil. Instead, deforestation would be shifted to other places in the world. Or even, with the need for more agricultural land spurring more land use change, it would even worsen deforestation.

Two prominent environmental NGOs voiced their insights last year, when debates were mounting. The International Union for the Conservation of Nature (IUCN) concluded in a recent report that boycotting palm oil would merely shift—rather than counter—losses to rainforests caused by agriculture. According to the report, existing vegetable oils that could theoretically replace palm oil would be far more damaging to the environment, because of their need to more land.

In a statement to The Jakarta Post, Kiki Taufik, head of Greenpeace Indonesia Global Forest Campaign, voiced Greenpeace’s position: “To be clear, Greenpeace is not anti-palm oil, it is anti-deforestation. If palm oil is banned, companies or governments might turn to other crops, which might replace palm oil’s role in deforestation [or even worsen it] in Indonesia and elsewhere. We support palm oil from producers or palm oil companies that aren’t destroying forests or exploiting people, and there’s plenty of palm oil that fills the bill.”

Can it be done?

Is reformulation really an option? Due to the properties of palm oil, reformulating product recipes may turn out to be difficult and costly, if we are to achieve the same product quality and performance.

Last year Iceland Foods was the first UK supermarket to pledge to remove palm oil from all of its house brand products before the end of the year. A month into the new year, U.K. magazine The Grocer reported that Iceland rebranded some of its own-label ambient, chilled and frozen foods, after realizing it couldn’t remove palm oil from 32 products before the year end. Instead of reformulating those products without palm oil, Iceland decided to rebrand those products, so it would live up to its pledge.

Swiss retailer COOP took a completely different turn. Last year it announced publicly to be taking a big step forward to only use organic palm oil in their house brand products, also in their conventionally produced own label products.

Organic and sustainable palm oil is the better choice

Saying “no” to palm oil is worse than using it. Moving away from palm will have implications on the uptake of sustainable practices, as there will be no more incentives to do things right. We need to make sure incentives stay in place, by rewarding good practices, by rewarding deforestation-free and wildlife friendly palm oil. The conversation needs to shift to one of organic and sustainable supply. COOP has set an example we can all follow.

It’s up to all of us to consider what the future of palm oil could look like and what this could mean for tropical biodiversity and global conservation efforts. We believe organic and sustainable palm oil plays a role in shaping the future of palm, with farmers committed to agricultural practises that respect the forests and the animals that live inside it.

Stay tuned for our next article where we will explore solutions and how everyone has a role to play in shaping the future of palm oil.

This is the second article in a four-part series designed to demystify the complex topic of palm oil and help individuals separate fact from fiction, to make choices that are good for people and the planet. Monique van Wijnbergen, Natural Habitat’s sustainability and corporate communications director, is a company spokesperson for Palm Done Right, an international campaign to raise awareness around the positive ripple effects that happen when palm oil is grown for good.