Software company Oracle Retail reported that 20% of its survey respondents said they plan to shop in stores, while another 47% will split their shopping between online and brick and mortar stores.

Morning Consult found that a vast majority of adults are concerned about "dealing with people, including other shoppers, who aren't taking COVID-19 as seriously," with 77% of adults who plan to do most of their shopping online and 71% of all adults citing this as their biggest health- and safety-related concern.

The same shoppers' second biggest concern is being around or being too close to people in stores. Of the adults who plan to do most of their holiday shopping online, 76% said they worried about this; 70% of all adults had the same response.

What retailers can do:

Consumers want to see retail employees wearing masks and gloves, and wiping down equipment, according to Bluedot. They also don't want to wait in lines: Almost 75% want to be in and out of the store in less than 10 minutes.

Nutrition Business Journal revealed in its Immune Health Special Report that health- and natural-foods consumers plan to shop online this fall and winter  more than they did in the spring; cook at home more; and use supplements to boost their own and their family’s immunity.

Those health-food consumers who plan to stock up on groceries and wipe them down at home are likely paying special attention to retailers’ sanitation measures, New Hope Network NEXT Data found.

More than 60% of consumers want automated check-in so their purchases can be brought to their cars. If your store doesn't have an app, or if your app doesn't have this feature, text options are available, Bluedot reported.

Deloitte's findings were similar—it noted that demand for curbside pickup already is twice what it was a year ago—but it also reported that 73% of consumers plan to have items delivered. 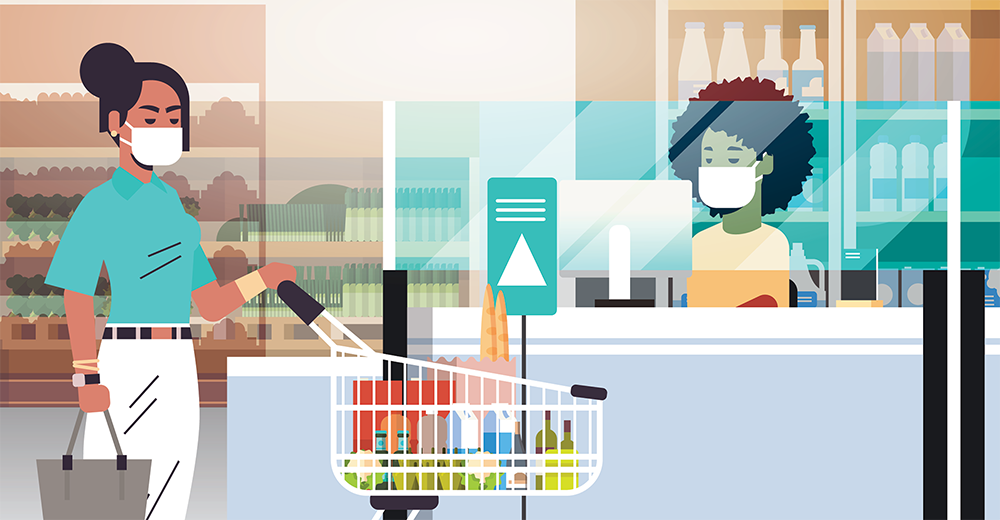 Next Up
Favored beauty and body aids, as chosen by natural retailers, shoppers
Start Slideshow ›