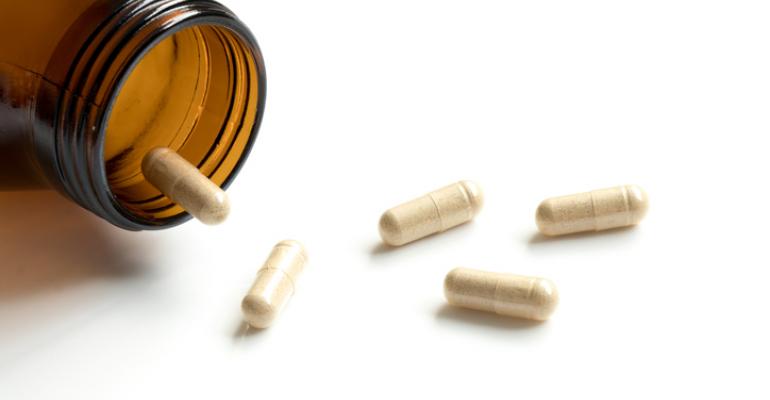 Vitamins and nutraceuticals sit at the intersection of two important demographic trends that make for a powerful growth outlook.

The vitamins, minerals and supplements/nutraceuticals industry has exposure to two major shifts currently taking place among American (and global) consumers. VMS/nutraceuticals benefit from both the aging of the population, which has been going on for many years and will continue for many more, and the move toward healthier and more conscious purchasing decisions among younger consumers.

There are few other sectors that straddle both of these important trends. For example, pharmaceutical manufacturers are generally supported by an aging population, as prescription use goes up with age. However, those same companies are likely hurt by growing consciousness and desire to purchase and consume non-synthetic, organic products. As discussed in a recent article in Forbes, many younger people seek home-based or naturopathic remedies for health conditions before or instead of using prescriptions.

VMS/nutraceuticals have a unique tailwind in this sense, benefiting from increased use as the population ages and being seen as a healthier option by younger consumers. While this presents other challenges, the combination makes for a powerful growth outlook into the future.

The largest factor that influences growth in VMS/nutraceuticals is the aging of populations in developed markets around the world. According to Nutraceutical World, the percentage of nutraceutical users increases with age, from approximately 45 percent for those under 45 to over 70 percent for those over 65. The share of the U.S. population over 65 will increase to over 19 percent in 2030, from 13 percent in 2010, according to the U.S. Census Bureau. This shift will bring an additional 32 million people into the over-65 category and should drive incremental nutraceutical adoption.

These trends are even more pronounced in much of Europe and Asia. Japan is the oldest population on earth, with 33 percent of the population over 65, and, while China has just 9 percent of its population over 65, the growth rate is tremendous (in demographic terms), nearly doubling as a share of the overall population in the last 30 years, according to the CIA World Factbook. Consumers increase their utilization of nutraceuticals as they get older, and in most key countries, the population is aging at a notable pace. This will provide successful companies and investors in those companies a solid back drop and tailwind in the years ahead. The other major societal shift that is benefiting VMS/nutraceuticals is the shift toward, fresher, more healthy and natural products. Carlotta Mast, senior vice president for content and insights at New Hope Network, said at a recent conference that the natural products industry has doubled in size over the last 10 years, from $100 billion to $200 billion, and it's expected to grow another 50 percent by 2022. Consumers' growing consciousness about how their consumable products are produced, where they are produced and what ingredients are added to them has driven tremendous change in major segments of the U.S. and global economies. This trend is behind everything from organic baby food to changes in packaging to the growth of microbrews.

These changes are taking place in all areas of developed societies and are generally led by younger consumers. Indeed, an Organic Trade Association statistic shows that 52 percent of organic consumers are millennials. Millennials make up about 20 to 25 percent of the total population, depending on how you define a millennial, according to the Pew Research Center and the U.S. Census Bureau. Furthermore, this group eats 52 percent more vegetables than older generations. This is a highly health-conscious group that has come of age suspicious of large brands, "processed" foods and drinks, and committed to expressing their values through purchasing decisions. "We consider millennials to be very important; they over-index on VMS relative to other demographic counterparts," a CEO of a successful VMS business told me. "They want to see authentic communication via digital media and engage with companies that are participating in meaningful causes."

Indeed, the key demographic factor for the VMS/nutraceutical space is that these younger consumers are solid adopters of supplements and vitamins and see VMS utilization as part of that healthier, more conscientious lifestyle. Data from the National Center for Health Statistics shows that over the last 30 years, the percentage of adults over 20 years or age that use vitamins and supplements has increased from just under 30 percent in a survey conducted between 1988 and 1994 to 54 percent in the most recently available survey, ended in 2014. We believe this trend toward wider adoption will continue.

The key, of course, is to try to capitalize on these trends. The river may flow in one direction, but you still have to swim! Green Circle focuses on the lower-middle markets, and the brands and manufacturers we view as successful consistently differentiate and target one or more of the major trends underpinning the business. We recently published a whitepaper in which we noted the days of the one-size-fits-all, multivitamin-based approach are long gone. Today's consumers (and investors) prefer differentiation, brand identity and authenticity.

Bakley Smith is a vice president leading the VMS/nutraceuticals vertical at Green Circle Capital, a leading boutique investment bank focused on health and wellness companies. He is a chartered financial analyst (CFA) with over 17 years of experience in covering consumer-facing businesses.

Where in the world are supplement sales growing?
Jan 20, 2018