Countering the attack on organic 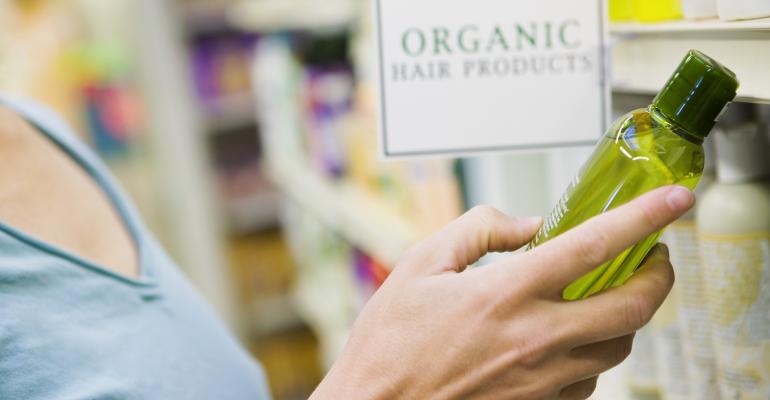 It&#39;s more important than ever for the organic industry to continue telling the story about why organic is better for people&rsquo;s health and the environment, and why it is the only sustainable path forward for our global food system.

In response to booming organic markets and growing consumer skepticism about industrial food, agrochemical firms have spent an estimated $300 million in just three years on PR campaigns to denigrate organics and promote their vision of a GMO-filled, chemically dependent, corporate-controlled agricultural system.

Here and at Natural Products Expo West 2015, Kari Hamerschlag, senior program manager of Friends of the Earth-U.S. Food and Technology Program, and Stacy Malkan, co-founder of Campaign for Safe Cosmetics, dig into who's behind this deceptive PR narrative, and how the natural products industry can counter the spin.

In your observation, how has the public perception of organic changed over the past few years?

KH & SM: Organic is becoming more mainstream every day, with nearly 50 percent of consumers seeking out organic products, according to a 2014 Gallup poll. Well-founded concerns about the widespread use of pesticides, hormones, antibiotics and GMOs are driving more people, especially moms, to choose organic foods over GMO and other industrial foods.

That’s the reality of the organic market; however, as we’ll discuss in our talk at Expo West, large, conventional processed food and agrochemical companies are spending millions on deceptive PR campaigns to disparage organic. Some have gone so far as to create videos and fund front groups that criticize organic moms as “elitist bullies,” as we wrote in our cover story in FAIR (Fairness & Accuracy In Reporting) magazine. They are also trying to deceive consumers with messages that organic food is no better than food produced with toxic chemicals. But consumers are not buying it—and the science on pesticide exposures and health tells a different story.

People are buying organic because they don’t want chemicals in their food. This is especially the case with organic meats, in which sales have skyrocketed, growing 12 percent just last year.

As organic grows, we are going to see agrochemical companies continue to push the myth that chemical pesticides are safe and that consumers are wasting their money with organics. To counter the spin, it’s more important than ever for the organic industry to continue telling the story about why organic is better for people’s health and the environment, and why it is the only sustainable path forward for our global food system.

KH: It has been amazing to watch how demand for organic food has grown despite the limited federal policy support. When I was with the Environmental Working Group, I did a detailed analysis of public support for organic agriculture.

What I found shocked me:

If we don’t significantly step up public and private investment in the sector, we will likely lose more organic farmers, import more organic food and leave most U.S. farmland in industrial, chemical-intensive, GMO monoculture production. Organic meat and dairy farmers will especially struggle unless there is more investment in grain production.

Now more than ever, we need to step up our advocacy and demand better public policies for organic farming. We need:

Organic companies must help fill the gap in public support by investing in organic production, especially in research, transition, technical assistance and infrastructure.

What can the food movement learn from the progress made in cleaning up cosmetics?

SM: Women are driving the shift to a new healthy, green economy. Women are buying most personal care products and food, and about 75 percent of consumer products overall. And women are demanding more transparency and safer products.

I think that’s because so many moms are dealing with sick kids; they are experiencing first-hand the rising rates of allergies and other health problems, and they are making the connection to unhealthy food and avoidable chemical exposures in our daily lives.

These women are educating themselves through research and building powerful communication networks to share what they’re learning. They are no longer “passive consumers” absorbing one-way messages from corporations. That’s why the agrichemical industry’s PR campaign is so heavily focused on winning back the trust of women and moms via social media tactics, as we’ll discuss in our Natural Products Expo West talk.

One lesson from the success of the Campaign for Safe Cosmetics is the power and importance of nonprofit campaigns that push for transparency and expose the truth about what’s in products. For example, product tests that exposed carcinogens in baby shampoo forced the big companies to clean up their act, and also raised consumer awareness about the importance of truly natural products. Campaigns for our right to know what’s in our food, such as GMO labeling campaigns, are having a big impact on the market by raising demand for food made by companies that fully disclose what’s in their products and how they are made. Kudos to all the companies in the natural products industry that are supporting these campaigns and raising the bar for full transparency.