HomeProducts and TrendsOne supplement brand’s journey with regenerative agriculture
Recent
Latest
3 reasons natural retailers are inflation-friendly shopping destinations
May 25, 2022
Sponsored Content
Organic agriculture and its impact on ingredients and the planet – webinar
Sponsored Content
The goodness wrapped in a certified organic seal – video
Podcast: What brands need to get on shelf at Fresh Thyme Market
May 24, 2022
Trending
Getting ready for 2023: Trends for brands to consider
May 17, 2022
6 tips to promote consumer understanding of Certified Organic
May 18, 2022
The Planting Hope Company aims to prove gender equity leads to success
May 23, 2022
Natural beauty market trends
Jun 16, 2021 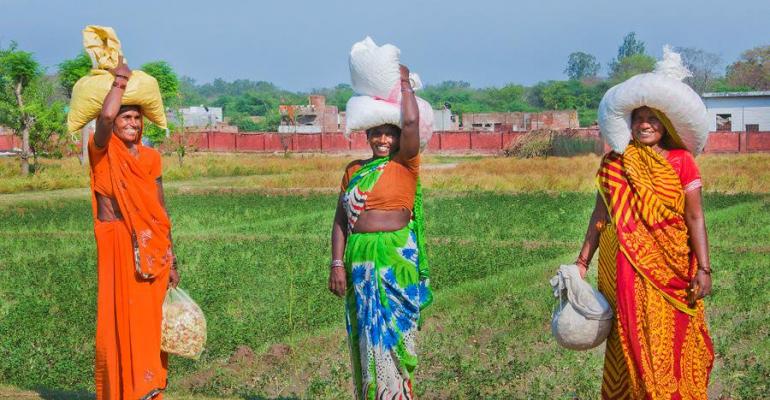 &ldquo;I think the healing the consumer part is well known; the healing the earth part is the emerging science and the awareness that we&rsquo;re trying to drive as well,&rdquo; says Organic India CEO Kyle Garner.

It was nearly 20 years ago when Bharat Mitra and Bhavani Lev came together with some like-minded people in northern India.  They were discouraged by the impacts of commercial agriculture in India and what it was doing to the environment, the farmers and the people—especially the lower rungs of the population.

“The farmers were getting in over their heads with costs of equipment and pesticides, and they weren’t getting better yields,” says supplement industry veteran Kyle Garner, who became the CEO of Organic India last spring. “What was being purported as a ‘green revolution’ for India was actually doing more harm than good.”

The group set out to prove that the use of practices like crop rotation, composting, cover crops and organic pesticides and herbicides—or, regenerative agriculture—could improve yields and health of crops, as well as create a sustainable future for their farming communities. And so Organic India was born, with the goal of supporting wellness for all and livelihood for farmers by sourcing herbs grown with farming practices that actually restore soil health, instead of degrading it, and turning them into teas.

It started by sourcing Tulsi from a handful of farmers with a few acres each. Today, the company works with thousands of small farmers to source a variety of herbs, and is a Certified B Corp. “If we go into a new village and add more farmers, it’s usually because someone has heard from someone else in the village about the benefits—the fact that they’re able to sell at a higher price because of the way that we pay (fair trade wages), or the fact that the crop tastes better, or it’s more productive or they’re not having all the side effects from pesticides,” Garner says.

Regenerative agriculture may have just reached buzzword status in the last year, but it’s always been the foundation of this company. Part of Organic India’s objective is educating consumers about the benefits of organic agriculture (and beyond) both for themselves and for the earth, and empowering them to make better choices. “I think consumers are becoming more aware of the benefits of organic—simply pesticide residues and non-GMO and the obvious aspects of that. But for some of these other regenerative practices, I think the science is really emerging—on cover cropping and crop rotations and composting and carbon sequestration,” Garner says. “I bet very few people envisioned that 20 years ago as a potential solution for climate change.”

But indeed it is. An analysis of farming systems and pasture trials by the Rodale Institute projected that regenerative agriculture practices could potentially create a carbon sink powerful enough to sequester 100 percent of the world’s current annual CO2 emissions. A number of organic and regenerative agriculture activists were present at the COP21 Global Climate Summit in Paris last month to spread the word.

But is it scalable? Not all businesses, after all, have grown from save-the-earth roots. “What I think no one’s really proven yet is that you can do it on as large of a scale footprint-wise, as a lot of conventional farming mechanisms,” Garner says. “But we actually see that

as a benefit, because it allows for small family farmers to be successful. If it empowers them to be competitive, because they can bring something unique to the market, maybe that brings some of the power down to get more people involved in farming.”

The starting point for companies that may be looking to adopt organic or regenerative agricultural practices, he says, is to simply start. “If you have multiple products in your lineup, pick out one or two items and begin that conversion process. And if you’re going to convert to the organic process anyway, you might as well build in some of these other practices,” he says. “It’s not hard to add composting and cover cropping and crop rotation on a small scale—it would be if you said you were going to convert tens of thousands of acres and tried to do it all at once.”

Why Expo West keynote Sam Kass is optimistic about the future of food
Jan 27, 2016