HomeNewsCommunities, retailers freshen food deserts
Recent
Latest
4 tips to get ahead of chemical concerns in packaging
May 20, 2022
7 CBD favorites in the increasingly popular gummies format
May 20, 2022
Mission MightyMe helps parents introduce allergens to babies
May 20, 2022
UNFI's Eric Dorne to step down as chief operating officer
May 20, 2022
Trending
Whole Foods' honors 30 companies with 10th annual Supplier Awards
May 18, 2022
Sponsored Content
The rise of sustainable business – eGuide
Sponsored Content
Getting ready for 2023: Trends for brands to consider
May 17, 2022
Sponsored Content
Unboxed: 7 plant-forward ice creams to stock this summer
May 10, 2022 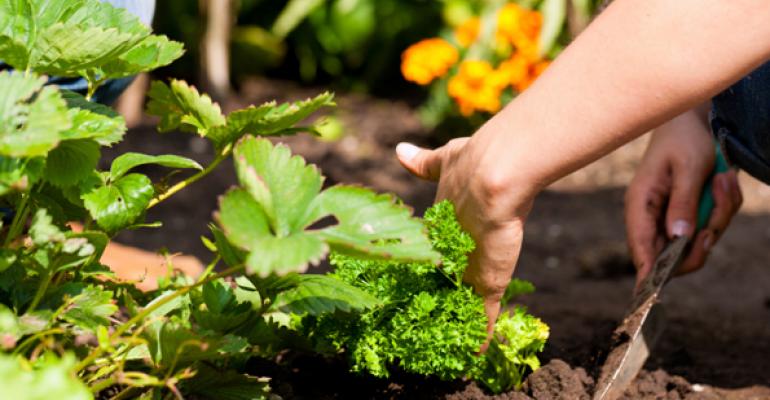 From corner stores to delivery trucks, these collaborations are bringing fresh, healthy food to neighborhoods where it&#39;s needed most.

Food deserts have gotten a lot of attention in the last few years, mainly from food activists who blame some clusters of health problems, such as diabetes and obesity, in part on the inability to buy healthy foods that could help to combat those problems. (A food desert is a neighborhood that lacks full-service grocery stores or other means for residents to purchase fresh, healthy food without having to drive or take transportation to do so.) Businesses and communities around the country have been experimenting with solutions to fill in these huge gaps. In some cases, a retailer can be convinced to open shop in an underserved neighborhood; but more often what's needed, if food in a neighborhood is going to be any kind of accessible, is a more creative approach, or even a partnership between different types of players.

Here, we take a look at some of the approaches and models being developed around the country.

Some cities, including Toronto, Philadelphia, Detroit and Denver, have made concerted efforts to bring fresh produce into corner stores. These convenience-oriented stores haven't traditionally sold fresh produce, but because they typically supply many food desert households’ daily purchases, they're the perfect ally for boosting access to residents. By stocking even a small selection of fresh fruits and vegetables, shoppers on the hunt for a last-minute snack can buy a banana instead of a candy bar, or maybe a bunch of spinach on the way home from work that can be included in that night's dinner.

There are also efforts to, essentially, bypass existing infrastructure and simply bring produce into a neighborhood directly. New York City has Green Carts—mobile food carts that sell fresh produce exclusively. Detroit has Peaches & Greens—an ice cream truck-like operation that drives around urban streets selling fresh produce in neighborhoods that otherwise have little access to fruits and vegetables. Birmingham has the Urban Food Project—an initiative that is almost a combination of a mobile cart and the corner store projects, delivering fresh produce from a central hub to neighborhood corner stores. These various, on-the-go initiatives allow people to buy fresh produce easily and conveniently—and they don’t rely on local shop owners, who may or may not be invested in boosting access to fresh food, to start supplying the produce themselves.

Vicente's grocery store in Brockton, Massachusetts, a federally designated food desert, is partnering with a community health center next door—with the shared goal of helping people living either with diabetes or below the poverty line, or both. The neighborhood has high rates of both, and the partnership will help shoppers identify healthy options by featuring nutritional guidelines and labels on shelves. And staff members plan (the center hasn't opened yet) to help guide patients to shop specifically for their particular health conditions, and with diet- or menu-planning.

A small but growing number of shops are opening around the country without an eye on profit as their main goal. From Oregon to Chicago to Philadelphia, community partners have opened nonprofit markets tailored to the needs of their communities—which then always pack the markets with customers, proving the food desert issue is one of supply, not lack of demand. An ex-president of Trader Joe's, meanwhile, recently opened a nonprofit grocery store that sells surplus and aging food in a low-income neighborhood of Boston; if all goes well, he may expand the model to other cities.

By taking the need to increase profit margins out of the picture, stores can better serve lower-income populations.

Beyond just selling food: Grow it and teach about it, too

The GrowHaus is located in Denver's Elyria-Swansea, a mostly-Hispanic community without any major grocery stores. The nonprofit operates a tiny shop that sells limited fresh produce as well as some staples, such as eggs and dried beans. But the vast majority of its square footage is dedicated to growing food and inviting the community in for food-related education. The GrowHaus offers classes in growing herbs and beekeeping, and helps people learn to grow their own food in urban settings—a valuable skill for people living in apartment buildings. The model has been able to boost access to fresh food by not just selling it, but by arming people with the skills they need to produce their own.