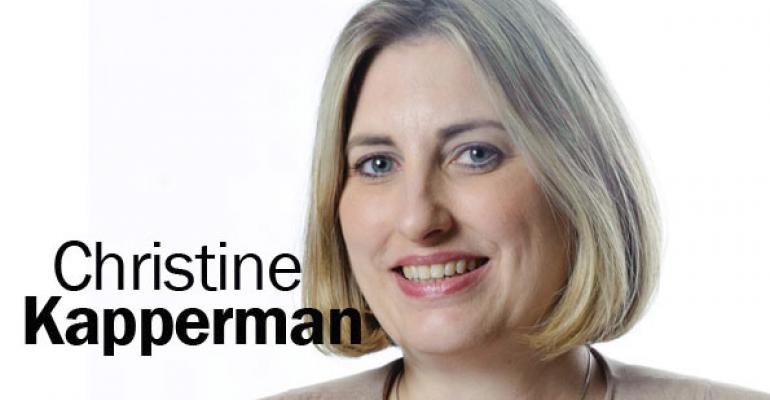 As defining natural has become a mainstream food issue, the natural products industry needs to practice core values such as transparency in business.

As we put the finishing touches on the December issue of Natural Foods Merchandiser, the New York Times posed the question “How natural is natural?” Six “debaters” answered and, naturally, a new-fangled web-style debate ensued with passion, politics and platitudes, with pointless rants and pointed denouncements.

Such is the way today, when even grandma (she’s a genetic modification of her mom and dad, don’t you know?) and her apple pie (where do we even begin with her “processed” baking?) aren’t safe in the intricate web of debate we weave.

You’d think it all simple enough. But we bring—Business. Science. Big ag. Small ag. Politics. Parenthood.—and so, so much more to today’s high-tech, urbanized farm table. Breaking bread itself creates controversy in this increasingly grain-free environment—and that better be a grass-fed, free-range steak you’re sitting down to enjoy.

It’s not easy. Those of us in the business have known it in our probiotic-fed guts for a long time—since long before flavor-saving tomatoes fueled imagination. Yet we all have contributed to the crazy conversation we find ourselves having today. Infectious passion like that exhibited by natural products industry leaders truly makes change, but it also attracts imitators.

So we find ourselves here today as Big Food co-opts a movement and mainstream grocers peddle more and more natural and organic products.

Consumer Reports found this summer that 60 percent of consumers seek “natural” products. Who could have thought the granola stereotype could break into the majority? But two-thirds believe the word “natural” means a product does not have artificial ingredients, GMOs, toxic pesticides or added antibiotics, according to the consumer watchdog’s director of consumer safety and sustainability Urvashi Rangan. She was one of the Times debaters.

We find brands of varying natural roots receiving calls to court to defend their labels and ingredients (10 of which we examine in the December issue).

We in the natural products industry find ourselves debating the virtues of definitions as natural and non-GMO grow, with some defending organic above all.

“The definition could be simple. Organic food is grown without the use of synthetic fertilizers or pesticides and cannot contain artificial ingredients, GMOs, growth hormones or antibiotics. Doesn’t that sound like the definition of ‘natural’ food, too?” writes New York Times debater Vani Hari, otherwise known as The Food Babe.

But it’s never really been simple. A former natural foods store owner had this to say on the New York Times forum:

“In 1970 when I opened one of the early ‘natural food stores’ in Manhattan it was difficult to find enough ‘natural’ food products to fill the shelves. Within a few years an avalanche of products began to flood the market including sugar-free and preservative-free whole grain foods. It was not easy then to sort out the real from the quasi-natural. From the early ’70s I carried ‘organically grown’ produce that I at times doubted were as represented. … we’ve learned to accept less than perfect in food as in politics.”

While anyone’s perfection may not be achievable in packaged goods, certainly we as an industry can offer more honesty and transparency than politics.

7 notable lawsuits in the struggle to define natural
Jan 14, 2014