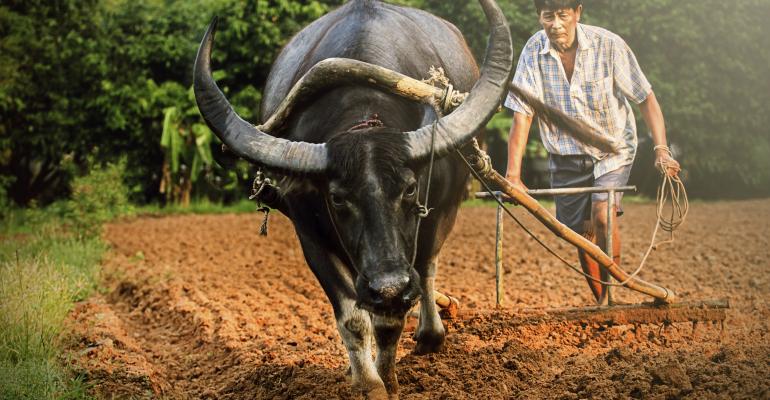 As the world faces a changing climate, small family farmers (and the brands that support them) are leading the way in creating a food system that&#39;s adaptable, resilient and sustainable.&nbsp;

The International Panel on Climate Change’s most recent report on our warming planet laid out a bleak array of more-than-likely effects of the growing amounts of greenhouse gasses emitted into the atmosphere. While it isn't quite the stuff of doomsday movies, it also isn't too far off.

Interpreting the dense document is no easy task, but in short, food producers, the noble souls who dedicate themselves to feeding billions of hungry mouths, won’t be catching a break anytime soon. They’ll continue to be battered by weather extremes and will likely face pests and diseases with broader geographical ranges, decreased crop yields and temperature swings that go beyond plants' current ability to adapt. Another study from Harvard University adds to that list with findings that rising CO2 levels will zap the nutritional content of key crops that support the world’s population.

The researchers call on agricultural researchers to develop new strains of crops that will be able to withstand the warmer global temperatures expected by midcentury. But while scientific analysis and concentrated breeding efforts are likely part of the solution, other experts suggest that small-scale farmers are the ones who hold the keys to the future of sustainable agriculture in a world wracked by climate change.

A March report on family farms by the sustainable agriculture group Food Tank, points to small-scale operations as crucial contributors to global food security through their use of more sustainable (and productive) agricultural practices. These farmers tend to plant diverse indigenous crops, for example, which can produce 20 percent to 60 percent more yields than large single-crop operations and are also more insulated against the risks posed by disease and weather extremes. These farmers also practice what the report calls low-tech "agroecological approaches" like agroforestry, drip irrigation and intercropping that naturally manage pests and disease and use simple technology to reduce water usage.

The takeaway for the natural products industry? Brands that support these small-scale family farms can know they’re also supporting the agricultural leaders who represent one of our best hopes for feeding ourselves in a climate that’s already rapidly changing.