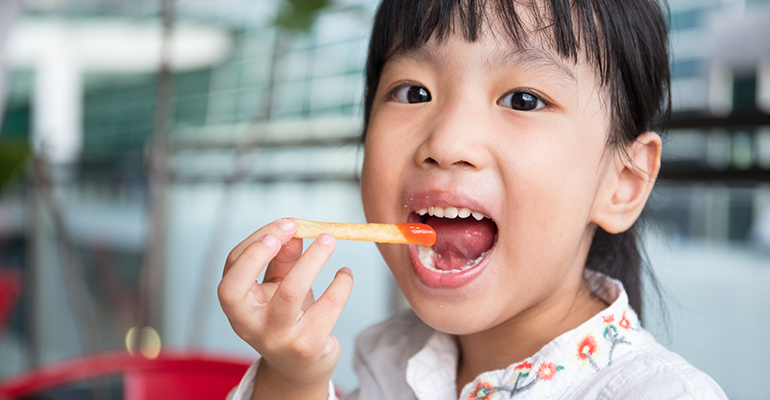 Dietitians weigh in on reducing ultraprocessed foods in children's diets

In light of new research showing that junk food shortens humans' life spans (and stats from earlier this month that found children and teens are eating mostly ultraprocessed fare) dietitians are doubling down on efforts to clean up the diets of younger generations. “The first step in reducing processed food from children’s diets is to make it less accessible,” Amy Shapiro, RD and founder of Real Nutrition NYC, told The Food Institute. “Start by only keeping whole foods or minimally processed foods at home.” One upside of this research is that the campaign against sugary beverages seems to be working: calories from sugar-sweetened beverages sunk from 10.8% to 5.3% of overall calories, a 51% drop.

Tyson has a stranglehold over Arkansas’ poultry industry

What’s the degree of concentration in Arkansas poultry processing? Considering that Tyson controls about a quarter of all poultry processing nationally, it isn't super surprising that the company controls everything across the broiler supply chains in the state except the farms where the broilers are raised and the hatcheries. Tyson and other major processors’ power in the industry has also allowed them to lobby policymakers to influence regulations around contracts with farmers (often to the detriment of the latter). One expert advises supporting brands that source from small- and mid-sized farming and processing operations to combat this as a consumer. The Counter reports.

This roundup of heart-healthy foods on Inverse includes fish, oats, nuts, quinoa, sweet potatoes, cinnamon and leafy greens. Notice that these are all whole foods! Turmeric received a notable mention as well, and the article notes that adding in as many herbs and spices into one's diet as possible seems to have a positive effect. They're also for the most part plant-based foods; this is yet another way to convince consumers to adopt a plant-forward diet for both health- and environment-related reasons.

This week, USDA chief Tom Vilsack announced the agency will allot $350 million worth of financial help to dairy producers who have struggled during the past year. The funds will reimburse up to 80% of the gap between a producer’s typical revenues and what they actually received during the period of July through December 2020, which was probably the most destructive period of the pandemic in the U.S. thus far. Modern Farmer has the scoop.

The cannabis industry is unionizing

Ten thousand cannabis workers are now represented by the United Food and Commercial Workers (UFCW) union. The union has been integral to unionizing and legalizing marijuana in the United States since it started organizing over a decade ago in southern California after medical marijuana was first legalized, and organizing in the cannabis industry is steadily increasing after the pandemic brought on high profits for corporations but layoffs and slashed benefits for employees. These workers emphasize that unionizing rather than leaving their workplaces is worth the work, especially because other cannabis-related businesses would likely have similar issues. Read more at Vice.