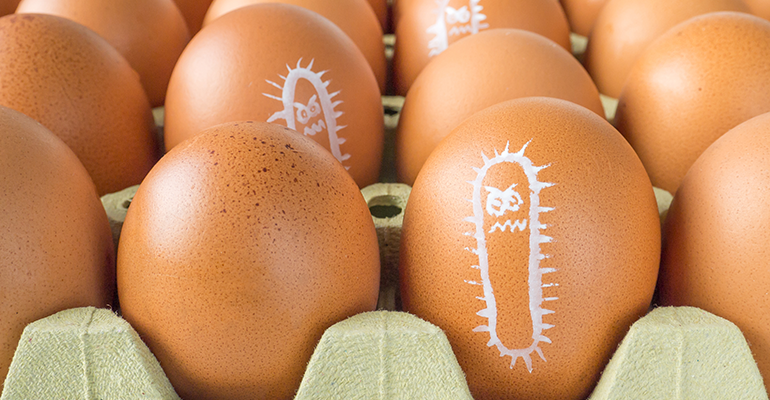 Multi-state salmonella outbreak expands to 35 states; CDC has yet to identify food source

The Centers for Disease Control and Prevention will continue to investigate an outbreak of salmonella infections that has now sickened more than 400 people across 35 states. In an update posted last week the organization reported there have been at least 419 confirmed cases linked to the outbreak, and out of those 66 required hospitalization. The public-facing numbers have jumped up from the CDC’s Sept. 23 update of 279 cases across 29 states, with 26 hospitalizations. In its previous update, officials said this specific strain was found inside a takeout condiment cup that contained cilantro, lime and onions, but they do not yet have a concrete idea of which food item may be the real problem. Head to WGN9 for the details.

Tourism vs. CAFOs: A new front in the fight against industrial animal agriculture

In rural communities, residents and family farmers are increasingly pitting the need to protect their waterways and natural areas for outdoor recreation against factory farms, which they say pollute the environment and threaten tourism dollars. In framing their opposition to industrial animal agriculture in this way, the groups open the door for unlikely allies to join the fight for heavier regulations. In some cases, these campaigns have resulted in bipartisan support for stricter monitoring of the environmental impacts of CAFOs—and have even led to cross-the-aisle discussions about creating CAFO moratoriums in environmentally sensitive regions. Learn more at Civil Eats.

It's no longer enough to tout oneself as "plant based" on shelf to draw in consumers; the proliferation of plant-based brands and growing mainstream acceptance of them means brands must go beyond the category with their marketing efforts. This Fast Company article highlights oatmilk maker Oatly as one of the first to position itself as a rebellious, witty brand with an image that contradicts the stereotypical "preachy vegan." Focusing on pleasure, enjoyment and taste as key attributes of the brand is also key; curious flexitarians will be swayed by an emotional play that plant-based companies can engage with in the same way conventional companies have been for decades.

New ransomware attacks on agriculture beg the question: Is the industry secure?

Over the past week, a pair of new cyberattacks hit two Midwestern farm cooperatives, demanding payment in exchange for access to their computer systems and data. These are the latest in a line of similar attacks that have targeted an industry that is extremely vulnerable thanks to outdated security, poor coordination among businesses and a lack of emphasis within the industry on cybersecurity. The Biden administration has recently outlined a new national security memorandum that would include cybersecurity as it relates to agriculture, but the plan at the moment is for any program to be voluntary, which would severely limit its effectiveness. Modern Farmer reports.

Renowned chef David Chang's new Hulu series "The Next Thing You Eat" takes a good hard look at the future of our current food system and, you guessed it, lab-grown meat and plant-based fare will be featured heavily. Chang sits down with a mix of food industry veterans as well as a few celebrities to discuss everything from the dismal predicament of ocean life to what will become of the all-American beef burger. Eater writes that the show "promises viewers the chance to think about a few of the problems our world faces, while also maybe laughing and staring at some delicious food."