HomeNewsCalifornia legislator proposes warning labels on sugary drinks
Recent
Latest
4 tips to get ahead of chemical concerns in packaging
May 20, 2022
7 CBD favorites in the increasingly popular gummies format
May 20, 2022
Mission MightyMe helps parents introduce allergens to babies
May 20, 2022
UNFI's Eric Dorne to step down as chief operating officer
May 20, 2022
Trending
Whole Foods' honors 30 companies with 10th annual Supplier Awards
May 18, 2022
Sponsored Content
The rise of sustainable business – eGuide
Sponsored Content
Getting ready for 2023: Trends for brands to consider
May 17, 2022
Sponsored Content
Unboxed: 7 plant-forward ice creams to stock this summer
May 10, 2022 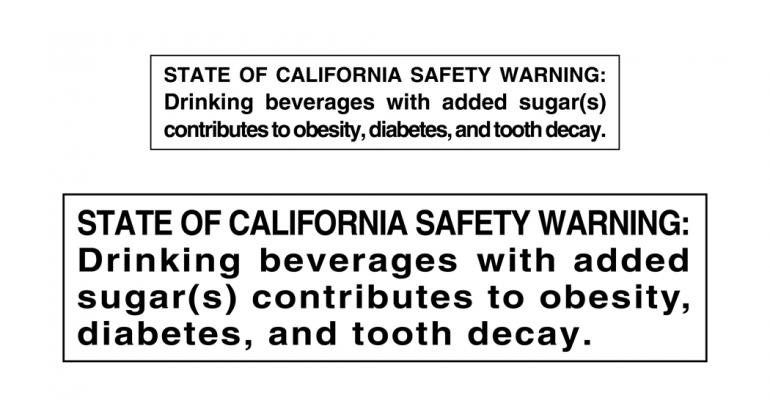 SB 203 would require a warning on the front of sodas, sweet teas, sports drinks and energy drinks with added sweeteners that have 75 or more calories per 12 ounces.

“Given the rock solid scientific evidence showing the dangers of sugary beverages, the state of California has a responsibility to inform consumers about products proven to be harmful to the public’s health,” stated Senator Monning. “This bill will give Californians the at-a-glance information they need to make more healthful choices every day.”

SB 203 would require a simple warning on the front of beverage containers with added sweeteners that have 75 or more calories per 12 ounces. These beverages include sodas, sweet teas, sports drinks and energy drinks. The label, developed by a national panel of public health experts, would read: 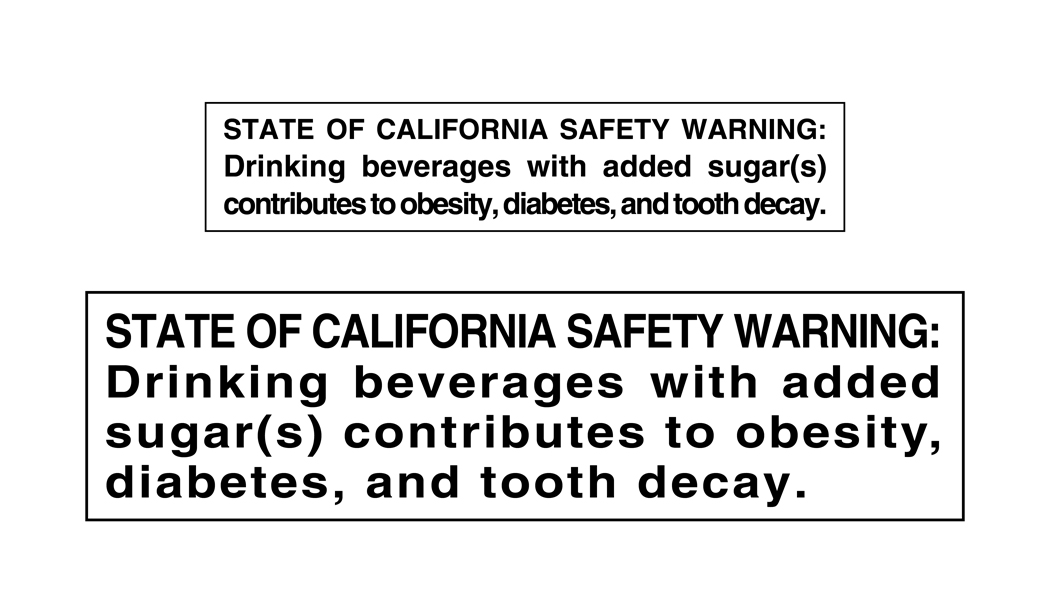 First introduced by Senator Monning as SB 1000 in last year’s legislative cycle, SB 203 is a response to voters’ growing concerns about the health impact of these beverages, especially among children. The legislation rides a growing wave of public support for policies aimed at lowering consumption of sugary drinks. A 2014 Field Poll shows that 74 percent of likely voters support putting warning labels on sugary drinks.

“When you have medical professionals, public health officials and an overwhelming body of science all pointing to sugary drinks as the leading contributor to the skyrocketing diabetes epidemic, California must take action,” stated Dr. Harold Goldstein, executive director of the California Center for Public Health Advocacy, which is sponsoring the legislation.

An estimated 14 percent of Californians have diabetes today, the highest rate in history. In just the past decade, pre-diabetes in U.S. teens more than doubled from 9 to 23 percent, leading researchers to forecast that one-in-three children will develop type II diabetes as adults. This tsunami of diabetes is being seen firsthand in the state’s hospitals, where one-in-three patients have diabetes, increasing their costs by $2,200 per visit. Diabetes commonly leads to amputation, heart disease, blindness, kidney disease, nerve damage and a higher likelihood of premature death.

The relationship between metabolic problems and sugary drinks has been shown by an overwhelming body of research. Because added sugar in liquid form is absorbed much more quickly by the body, sugary drinks quickly spike blood sugar and force the pancreas to secrete high levels of insulin. Meanwhile, excess fructose is converted to fat that accumulates in the liver. Fatty liver disease increases insulin resistance and inflammation, forcing the pancreas to produce even more insulin. After just six months of daily consumption, fat deposits in the liver increase by 150 percent, directly contributing to type II diabetes.

Studies show that drinking one soda a day increases an adult’s likelihood of being overweight by 27 percent and a child’s by 55 percent, while increasing the risk of diabetes by 26 percent. Sugary drinks are the single largest contributor of added calories in the American diet, responsible for 43 percent of the calories added since the 1970s. Two-thirds of California’s teens drink a sugary drink every day.

“California's city and county physician health officers work in their communities every day to educate consumers and protect public health," says Kat DeBurgh, executive director of the Health Officers Association of California, a cosponsor of the bill. "The health officers are tired of watching their communities get sick because of sugary drinks. A warning label would go a long way to getting the word out about which drinks have the most risk."

Last year, warning label legislation passed California’s State Senate but fell short in the Assembly Health Committee due to heavy industry lobbying. A handful of committee members chose not to take a position at that time.

Complete information on the legislation, including fact sheets on the science linking sugary beverages to diabetes, obesity and tooth decay, is available at: www.sodawarninglabel.org.

UCSF effort digs deeper into the science behind sugar
Dec 29, 2014