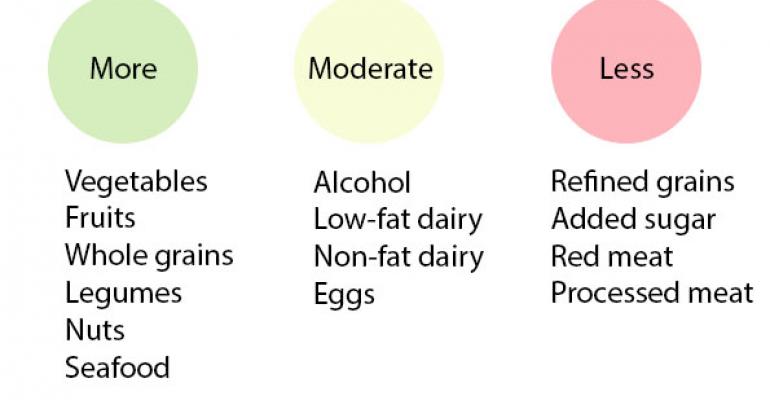 Eat like a hippie is the essence of new recommendations from health and nutrition experts advising the USDA. 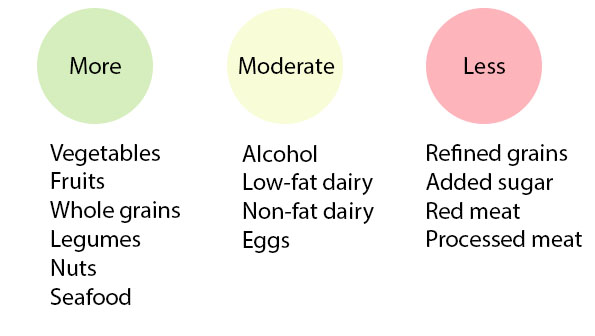 What’s more American than a T-bone steak finished with a slice of apple pie? According to new recommendations from the United States Dietary Guidelines Advisory Committee, a vegetable-forward salad filled with nutrient-dense, leafy greens, seeds, nuts and legumes.

The 571-page report made by 14 health and nutrition experts from around the country was submitted to the Secretaries of the U.S. Department of Health and Human Services (HHS) and the U.S. Department of Agriculture (USDA) to inform and advise these agencies on writing the final dietary guidelines, which will be released this fall.

The report is notable because it deeply scrutinizes the modern American diet and offers recommendations that weigh sustainability, low incomes and physical activity to facilitate the ability of individuals to eat better, and actions for communities that will make cities healthier.

It takes a village

For example, not only should families reduce consumption of red and processed meat, refined grains, and products with added sugar, but communities should also shape environments to make healthier food choices easier. For example, the could take action to make water a preferred choice, increase nutritious and affordable food access, or finance programs to incentivize healthy food hubs that include community gardens and grocery store development. Even better, they could extend this access to food assistance programs like food banks, SNAP, WIC and elder nutrition.

The report takes a holistic stance on nutrition and acknowledges its complexity. “To ensure healthy food access to everyone in the United States, action is needed across all levels—federal, state, and local—to create private-public partnerships and business models, with the highest priority on those places with greatest need,” the report suggests. “Similar efforts are needed to reduce access to, and consumption of, calorie-dense, nutrient-poor foods and sugar-sweetened beverages in community settings.”

Many health advocates laud DGAC’s report. Mark Bittman, while acknowledging its verbosity (571 pages!) and unnecessary focus on nutrients like saturated fats and cholesterol over actual food, writes favorably about the recommendations in the New York Times. "The report is not a paradigm shift, but it does contain significant improvements... if turned into guidelines they would constitute by far the best version ever." The final dietary guidelines are updated every five years.

But this may be wishful thinking.

Groups that represent meat associations predictably dispute some of the recommendations. “It is absurd for the Advisory Committee to suggest that Americans should eat less red meat and focus so heavily on plant-based diets,” said Richard Thorpe, PhD, in a statement released by the National Cattlemen’s Beef Association. “The American diet is already 70 percent plant-based, and to further emphasize plant-based diets will continue to have unintended consequences.”

The public can comment on these recommendations until April 8, 2015.