Shock and huh!? A look at the first week of the Trump administration 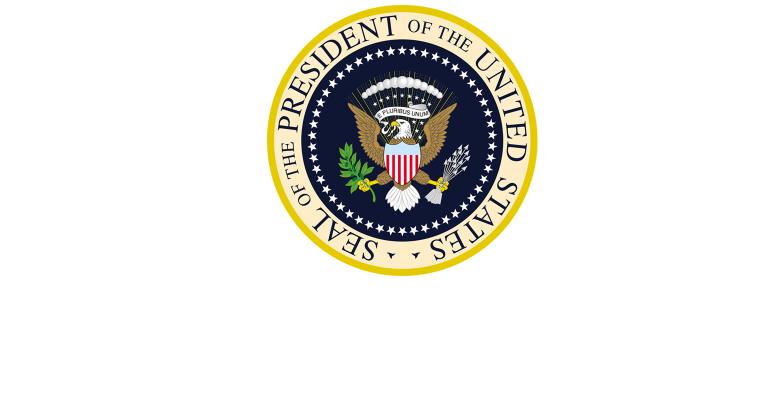 The new administration roars out of the gate, but where it will take the supplement industry is far from clear.

Eight days into the Donald J. Trump era, it would be hard to find somebody ready to argue that the U.S. has not been fundamentally changed. From foreign policy to cultural issues and budget changes, the world is spinning on a different axis.

And that axis is sure to affect the supplement and natural products industries.

The consensus is that companies could see less regulation and less enforcement, but whether that is a golden ticket or an invitation to disaster remain to be seen. It’s early in the game but the game is being played at high volume on a fractured field.

We asked industry insiders to weigh in on the first week under Trump.

I have many concerns. The major three are: 1. regulation favoring big corporations—big dollars—over small entrepreneurial businesses that are the life blood of our industry (will they still be able to compete?); 2. questionable import decisions that may threaten botanical raw materials  sourced from China and elsewhere; and 3. changes in labeling requirements—GMO, Organic, nutritional definitions and a lack of transparency that is not in the best interest of consumers or the companies doing things right and may encourage more "bad players." There will be opportunities and need for more self-regulation and certifications that are industry driven.

It’s still too soon to really assess the implications of the new administration on the supplement industry. We don’t have a nominee for the Food and Drug Administration (FDA) commissioner yet; there are three vacancies at the Federal Trade Commission. These appointments will signal the directions of both agencies. In the meantime, the hiring freeze and regulatory moratorium have mixed implications for industry. At a time when the new Republican Congress seems likely to block any new onerous legislation on supplements, we still need an aggressive agency to address tainted products, blatant GMP violations and fraudulent marketing—items that are clearly illegal under existing law. That requires a robust ODSP [Office of Dietary Supplement Programs] at FDA. Additionally, the freeze on new regulations may be irrelevant since no new rules were imminent. The NDI guidance is unlikely affected because, with the comment period just closing in December, we are likely months away (at least) from the next version. In the meantime, we will live with uncertainty about the new labeling regulations and GMO labeling. Whether that’s worth the wait remains to be seen. The new Congress does present opportunities for FSA/HSA coverage and the inclusion of the multivitamin in SNAP. CRN looks forward to educating new members about the value of the industry—for better health and a strong economy.

This is not business as usual. The double-edge sword of  ‘no federal regulation’ affords protection (burdensome NDI guidance) and carries risk (increased assault for being under-regulated). Attacks on industry will not abate and pesky issues relating to consumer trust fan the fires. Opportunity exists in this pro-business environment. But know that Congress still attributes costs, not savings, to coverage of supplements. This is no time for any big, fat, happy industry to rest. Indeed we will soldier on and play by our outdated rule book. And, we must be strategically open to change. This could be the most opportune time to improve our regulatory paradigm.

A little more than a week into his Presidency, Donald Trump has stayed in character. His flurry of Executive Orders is big. Bold headlines without any substance. At best, they indicate an intent to shoot first and be thoughtful later. They beg the fact that Congress, not the President, holds most of the budgetary and legislative power to make the changes he wants. In short, we are in uncharted waters. The Devil is always in the details and details are out of stock. Fasten your seat belts, it is going to be a long, bumpy four years.

Dietary Supplements, as an industry, has rarely found itself at the forefront of headlines or action in times of major news. It is evident the Trump administration has its sights set on larger agenda campaign items which will draw both attention and resources from the issues within our industry. It is hard to imagine how anything less than the major issues can be addressed, considering more limited resources for the people previously tasked to address our concerns. Decreased financial and human capital does not inspire aggressive, innovative or expedient outcomes by employees. While we should maintain vigilance it is not likely we are going to take the forefront for action in light of all other issues of precedence.

The Trump administration may simply stop enforcing laws and regulations already on the books if it disagrees with them. In this vacuum, the state attorneys general, especially in California and New York, may greatly step up their own consumer protection enforcement against certain dietary supplement products and sales practices. And, the trial bar will begin a systematic assault on products making misleading or unsubstantiated claims, using class action lawsuits based on sophisticated science and market surveillance. Without rational and cohesive federal oversight the industry may end up defending itself from multiple adversaries who feel emboldened, even duty-bound, to act in its absence.

Federal agencies issue “guidance” documents that are non-binding, have no force of law, but impact industry. “Guidance” is issued without legislative action. One example is FDA’s “Draft Guidance on New Dietary Ingredients,” which they say will be finalized in 2017. Both the agency and industry have spent time and energy to read, respond, digest, and edit these documents. While all this is taking place, industry is uncertain about what the final guidance will be and how it will be interpreted and enforced. The President promises to cut Federal regulations by two-thirds, we will soon see how NDI Guidance and pending regulations (like FSMA) will fare.

I do not believe the regulatory freeze will have a significant effect on much of our industry for the foreseeable future. The NDI rules are sort of in limbo, and it is doubtful that they will go to final status in this environment. However rules dealing with FSMA and registration requirements are already law. The same can be said for the new Nutrition Facts Panel, as those rules are already drafted and published.

The border tax could have a much more significant effect on our industry for materials and foodstuffs that are currently imported from foreign sources. When primary manufacturing of dietary supplement components transitioned from domestic and largely European sources to the Far East, predominantly China, prices dropped precipitously, and the US consumers and industry benefited from lower costs of input. If a border tax is implemented on imported raw materials, that could have an immediate and profound effect on the economics of the domestic business, and may foster the development of primary production of these compounds in the USA. Many base vitamins used to be produced in places like Nutley, New Jersey or Kankakee, Illinois—so we should not be surprised to see some enterprising entrepreneurs look for opportunities to provide vertical support to the U.S. supply chain without involving trans-oceanic freight costs of time and money.

For many years I, along with others in the industry, have advocated for more enforcement of the current regulations on the books. That would still be a welcome situation given the ongoing levels of non-compliance the FDA has been seeing for the past decade. New regulations that are gratuitously drafted and added onto current unenforced regulations give the appearance of pro-active effort, but in reality they only further complicate and clog the system with inaction.