What every food entrepreneur should know before scaling 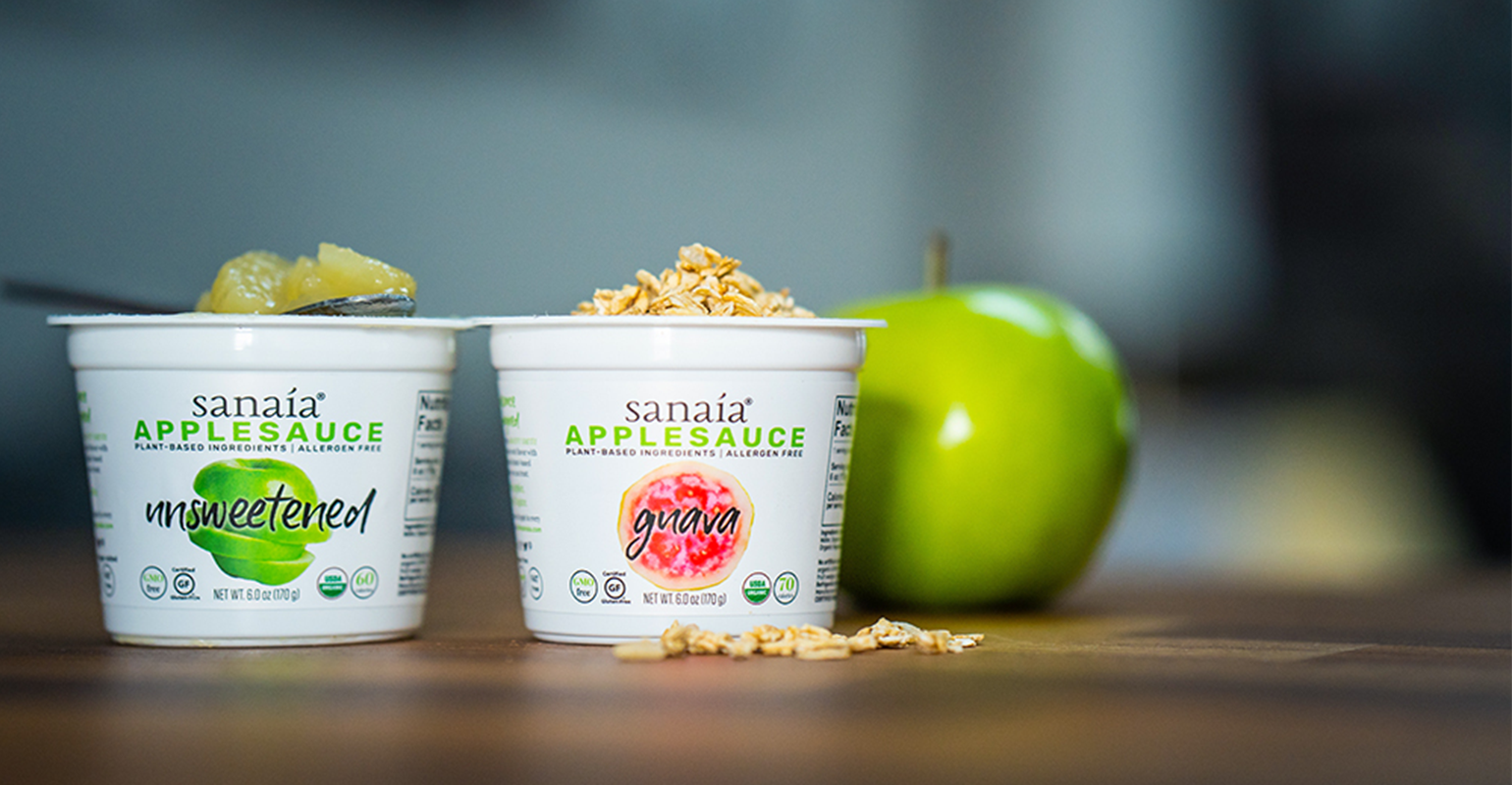 Keisha Smith-Jeremie, CEO and founder of organic applesauce brand Sanaia, shares insights on what it’s been like to be on Shark Tank and in Walmart.

Keisha Smith-Jeremie, CEO and founder of Sanaia, has always thought applesauce was an overlooked category and a potential disrupter.

“The category has not realized they were the original plant-based match,” said Smith-Jeremie, who grew up in the Bahamas and launched Sanaia in 2017 to sell organic applesauce that was a childhood favorite. “They could be dominating this moment in the same way Chobani recognized that yogurt was the protein that could be delivered on a daily basis.”

Smith-Jeremie, who works full-time as the chief people officer at Tory Burch says being full-time in the C-suite has provided more flexibility to have control over her time to help build a natural food brand that is known for its gourmet flavors like lavender pear, guava, hibiscus and ginger blended into its applesauce.

For the first six months of her business, Smith-Jeremie, who was then working as the global head of human resources at News Corp, spent her weekends cooking and packing, waking up at 4 a.m. to ship everything out.

“That’s obviously not sustainable or scalable,” says Smith-Jeremie, who built a six-figure business while managing a full-time job.

Smith-Jeremie knew early on she would have to get comfortable with delegating tasks and accelerate her timeline, such as getting a chef and a commercial kitchen, at the now-defunct Hot Bread Kitchen incubator program in Harlem, because of launching while maintaining a full-time job. Having a steady income stream allowed Smith-Jeremie to use her own capital—about $60,000 in the first six months she said and a half million dollars in the first 18 months—for the business, and raised $750,000 through friends and family.

Here’s Smith-Jeremie’s advice for other entrepreneurs in the natural food business.

Everyone talks about going to “friends and family” for the first round of financing. Can you talk about what that was really like for you?

Keisha Smith-Jeremie: It’s important to acknowledge that entrepreneurs of color don’t always have that. We’re kind of like, ‘Wait, who should I be asking?’ It was really more about my extended professional network that I’ve built over the past 20 years in corporate America as opposed to friends and family. That’s an important distinction because it’s not talked about enough for entrepreneurs of color.

What are the specific things you had to do to overcome that hurdle? 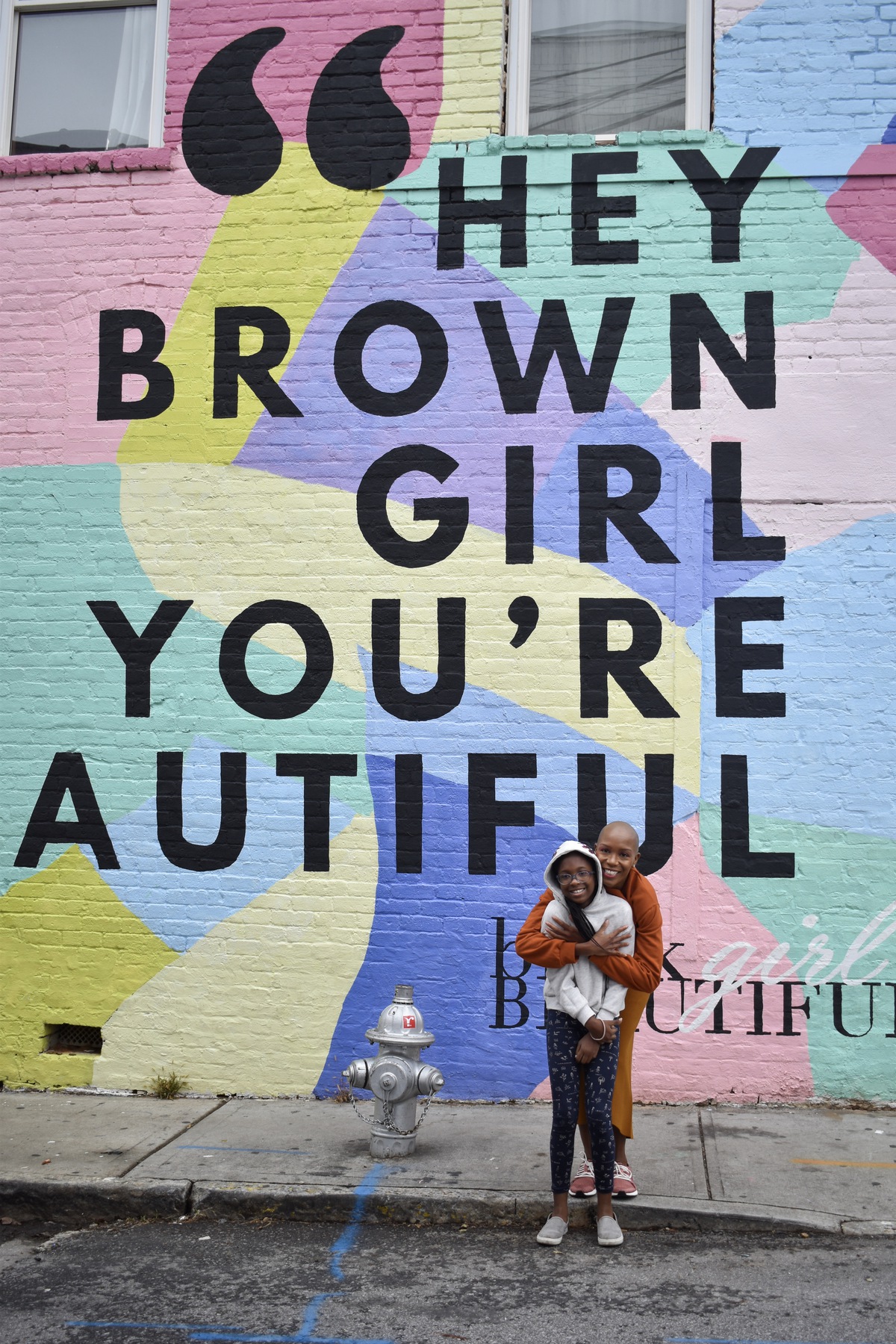 KSJ: I had to come to the realization that it wasn’t going to be friends and family, even though every article tells you to talk to them. I had to make peace with the fact those doors were closed. I have an extensive network of people that I’ve built credibility.

A mentor of mine once told me, many years ago, if you need money you should ask for advice. If you ask for advice you might get the money. That really clicked with me. So I reached back out to my Morgan Stanley network, where I worked for 13 years, and said, ‘Hey I’ve got this crazy idea to launch this business. I’ve self-funded it; how do you think I should start raising money?’

I did get, 'You should talk to a friend of mine who has sometimes been a seed investor.' It was through my professional network that I was then exposed to other people who had been funders or angel investors, but those people did not exist in my friends and family circle.

What are some of the smartest things you think you did that helped along the way?

KSJ: It was sticking to my guns about who I was doing this for and very clear about my target audience. Very early on, I hired a food consultant because I knew nothing about food production, and she was a deep subject matter expert who helps entrepreneurs with the science side and packaging.

I wanted modern, sleek packaging and she kept pushing me toward the typical kitsch like grandma’s applesauce and said people wouldn’t know flavors like guava. I came out of the first meeting feeling deflated.

So what did you do?

KSJ: I called my best friend and said, ‘She doesn't see it.’ But I realized I had to remember that's not what I hired her to see. I didn't hire her to tell me about my target audience. I hired her for her technical expertise and I need to leverage that.

I knew I needed to have someone for everything technical, who knew all of the certifications, the labels and the packaging sizes. But I also recognized that I needed people on the team who saw the vision. So as soon as I got what I needed to get for the first launch, we went our separate ways. That does affect you as an entrepreneur. You can ingest that for a short period of time but as you’re building a tiny team, everybody has to be energized around the vision.

The journey to Shark Tank

How did you first start testing your business idea?

KSJ: I had this idea in December 2016 and pitched it some of my friends. Lezli Harvell was part of that core group. She said if you can be ready by June [2017], we can get you in the gift bags at a James Beard event [Iconoclast Dinner Experience]. I said yes, even though I knew I’d have a website and product by then.

I had a six-month window where I had this sprint to get things done. I didn’t have time to second guess and be fearful and focus on being perfect. Everyone rallied around that date and got it done.

Wow, that’s incredible. What was it like to pitch on Shark Tank?

KSJ: Pitching was terrifying. I’d never pitched before and hadn’t thought about it when [executive producer] Mark Burnett reached out to me via email. I thought it was a prank. He said, ‘I found your product online; have you ever thought about being on Shark Tank?”

I knew it was huge, because people apply over and over for years to get on the show. I had to be ready to film in four weeks and I had never watched a full episode of Shark Tank before. I hunkered down and watched every episode. I had a notebook where I wrote down every single question and then made sure I had an answer. I rehearsed over and over until I felt ready.

How did you go from Shark Tank into Walmart?

KSJ: Walmart is thanks to Renae Bluitt a Black woman who had a movie recently, “In Her Shoes.” She’s a former PR consultant who has focused her business on amplifying Black women entrepreneurs. 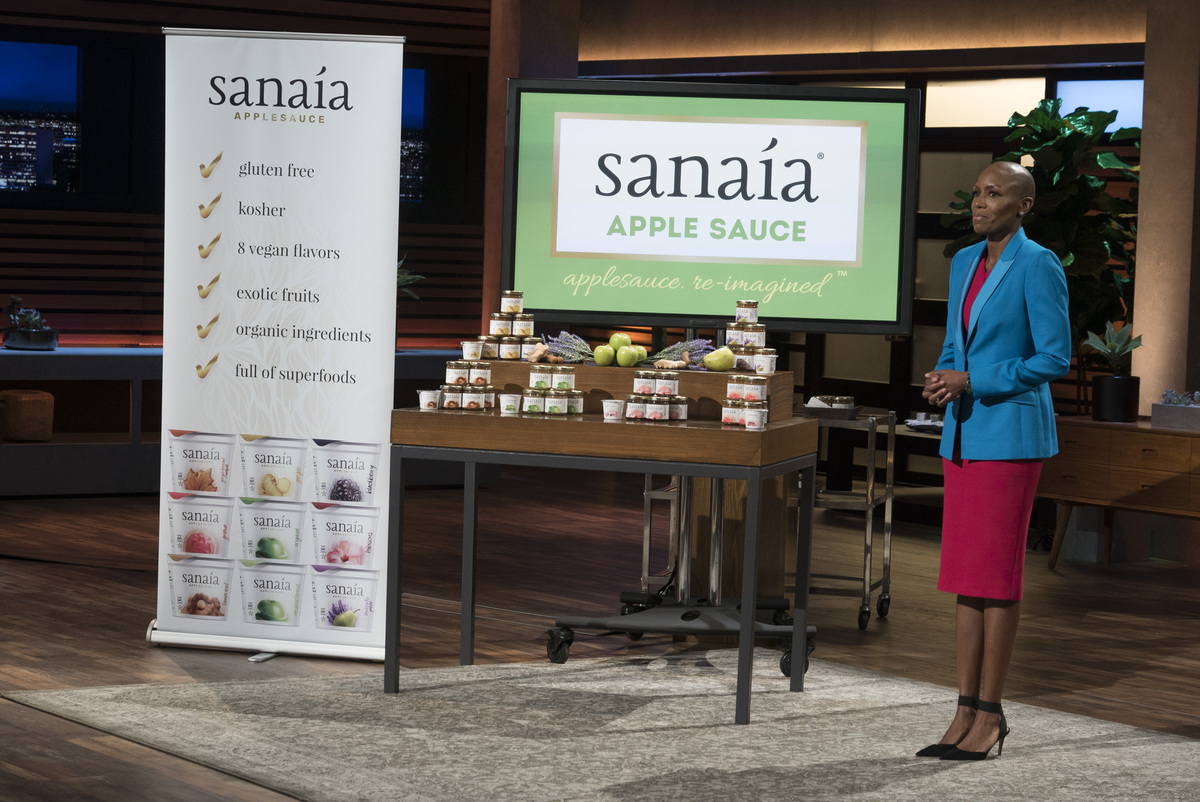 She tasted my product and asked, “Have you ever thought about being in Walmart?” Of course I had. She knew the diversity supplier person and put me in touch. We were both going to be at Essence Fest at the same time. She told me to bring some extra product and got us together in the same place at the same time. We essential stalked this poor guy, going over and over to his booth. We eventually got a meeting; he put us in touch with the decision makers and then the buyers. We flew out to meet them at Walmart’s headquarters in Bentonville, Arkansas, and got on the shelves.

Can you walk us through your Walmart experience a bit more?

KSJ: I don’t want to say Walmart might be a cautionary tale, because they were so supportive of getting us on the shelves, but being so tiny and new, I wasn’t ready for the capital outlay that you need to create velocity in Walmart. So I made the decision after a couple of months to pull back, right before COVID.

My plan was to focus on online by Amazon. Then COVID hit and our co-packer manufacturer ran into financial difficulties, so we ended up being out of production for almost all of 2020. We’re in a build-back mode at this point. We’ve got a new co-packer and planning a relaunch in April on Amazon, but Walmart was a really important lesson for me as a CEO, about understanding the cost of an opportunity, not just the potential of an opportunity.

What do you know now that you wished you would have known then?

KSJ: It was an underestimation. I think they probably thought we knew more than we did. Now when I look back in retrospect, I’m like, ‘Oh my God. I can’t believe they didn’t ask me if I had enough money to do samples.’

We tried to do it through digital marketing and in-store and with coupons. I imagine Walmart probably assumed we had an extensive capital budget for marketing. In retrospect, I probably should have asked Walmart if I could talk to one of its new brands so I can understand what it took for them to be successful. I wish I would have asked Walmart about its smallest test case, which I think is about 300 stores.

My advice to other entrepreneurs: Don’t be afraid to negotiate the yes, and not always in a way to get more but to get less so it’s something that’s really manageable.

How long were you on the shelves at Walmart?

KSJ: We got on shelves in July 2019 and I made the decision not to replenish in December, but we were on shelves until about April 2020. We ended up selling out thanks to COVID. We’ve basically been out of production since April 2020.

Frankly, if I didn’t have my day job, the company would have gone under because it’s the only reason I’ve been able to sustain a bit of a team as we tried to find a new co-packer to get us back into production and give us a fighting chance to show back up. We’ve basically been existing without revenue for all of 2020.

Where are you now?

KSJ: I feel positive because every time the Shark Tank episode re-airs we get a deluge of interest, especially from food service. So it hurts my heart but I promise we’re coming back.

I’m excited about 2021 because I think about the value proposition of why I started this business. People love applesauce. They just have forgotten that they love it but as soon as they taste it, they can’t believe how much they haven’t been eating it. People want less dairy and more plant-based without gluten. And they want more snacks that they crave that they can feel good about.

Where do things stand with your production?

KSJ: We’ve got a new co-packer in Colorado that’s woman-owned. Every co-packer in the country during COVID was in lockdown mode and not accepting anything new because they were trying to deal with the business they had or going under.

I don’t think a lot of entrepreneurs understand the dynamic of working with a co-packer. When you’re small, you are costing them money until you really start making money, because you’re taking up production space. So it’s always a dance with a co-packer when you’re tiny, even though you’re the one paying, they turn down more business than they take on.

That’s in ordinary times. You add COVID into it, and you’re really trying to convince a co-packer that this is going to be worth their time. I spent the entire summer scouring the country for not only a co-packer that wasn’t gone, but one that did apples.

RollinGreens’ secret: Shark Tank is just a small part of its success
Aug 31, 2020