When doing it right fails: Q&A with Greg Galle 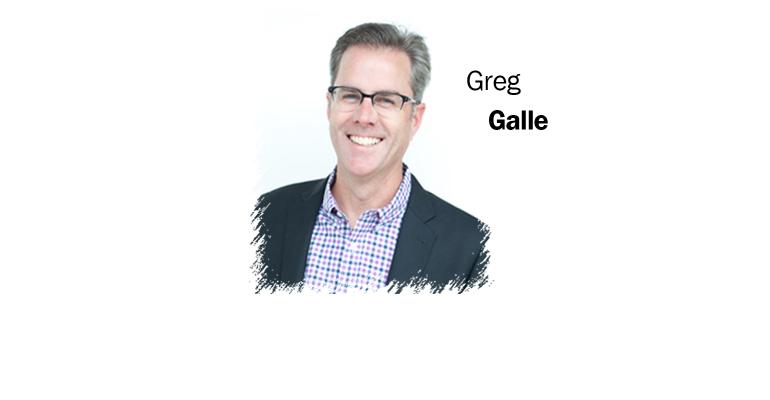 Greg Galle, co-founder of innovation products and services company Future Partners, thinks that what’s wrong with business is right-thinking. Galle has decades of experience tackling an array of innovation challenges with what he calls wrong thinking, a methodology that comes from the team’s experience and practice as designers, “and applying a design approach to problems that are not typically seen as design problems.” Ditching status quo problem-solving in favor of disruptive thinking is the the basis of their Think Wrong Lab, book and the interactive “blitz” they’re bringing to NBJ Summit in July—an exercise that will address supplement industry concerns while building individual skills. “Our goal is always for participants to walk away with new language, frameworks, tools and techniques for solving problems within their organization, their personal life and the social realm they operate in,” Galle told NBJ.

What will the Think Wrong Blitz at Summit look like?

Greg Galle: We’ll focus on a challenge that is of common interest to all of the participants. What we’ve been discussing is a challenge that has to do with earning and keeping trust, because we think that’s a common issue everybody can relate to. The focus of the blitz is to look at what the current state is, what the predictable path would be if nothing changes, and to imagine a bold path that departs from that current state. That is, how do we in the industry want to be perceived? What kind of trust do we believe we warrant? What would it mean to have that trust? And then to use a set of practices, tools and techniques for generating ideas about how we might actually go about earning, building and retaining the trust we need to be successful so that more people can benefit from our products.

GG: Almost all industries. There are some think-right practices that always get deployed when we approach a problem. We put these practices into play that are about optimization, efficiency, productivity, and cost reduction. We really obsess about things like return on investment. Because that’s where the emphasis is in organizations, and that is historically where the emphasis has been in business schools; those dominate all organizations.

If I were going to draw a line between those industries or realms that are more right-thinking and those that are more wrong-thinking, the wrong-thinking would be the creative arts and the scientific industries. The creative process and the scientific process actually have a lot more in common than people think: We have an idea, a hypothesis, and then we’re going to design an experiment, or we’re going to make something that’s going to test that out, and we’re going to learn through doing it. Unexpected outcomes in business are really discouraged even though that’s where the innovation comes from.

As you look at the supplement industry, is it a right-thinking industry?

GG: Yes and no. If you think about the side of it that’s about operating as an industry, operating as a business, scaling things, getting them to market, promoting them, building reputation, it probably is pretty right-thinking. It’s probably pretty risk-averse, and therefore, “Let’s keep doing what works. Let’s make it run better. Let’s take the cost out. Let’s be more efficient. Let’s just get this thing humming.”

The flip side, from firsthand experience at least, is that people within the supplements industry are looking for health outcomes, and better health outcomes in sometimes non-conventional, non-western medicine sort of ways. They’re thinking wrong about health and well-being and treatment, and so I think the visionaries and the leaders, and the people who are conceiving of product in this space are, in fact, wrong thinkers. A lot of the mistrust has come from a culture that has a very strong bias towards “FDA-approved,” “doctor-recommended” pharmaceuticals. There’s a real tension there because we’re taught to believe in one thing and to be suspicious of something else. You might have more wrong-thinkers than a lot of industries, though; certainly than aerospace or places like that where people’s focus becomes so much on safety and regulatory constraints they just operate without any belief or consciousness that they can go outside of them.

Why are most of us right-thinkers?

GG: First of all is biology, the way our brains work. When we learn something, our brains form a set of synaptic connections. As the synaptic connections are reinforced, we end up with this super amazing and efficient neural path that retains the thing that we’ve learned. The great thing is, we don’t have to relearn it. The problem is that our brains work that way for everything. As a result, we end up with predictable solutions because we’ve learned how to solve problems in a particular way. It starts in kindergarten, and it gets reinforced all the way through high school, college and then in our business experience: What’s right? What’s wrong? The price of being wrong, the fear of being wrong, those sorts of things. That becomes problematic when you want to conceive of something new. So, thinking wrong is about, how do I jog it or shift it or trick it into starting to solve from a new place? How do I get out of that rut?

The second force is culture. If you think of culture as being a collection of brains all working like that, all in the same rut together, then that’s even more difficult to overcome. We have lots of vocabulary for this, right? “Somebody shot my idea down. Somebody is playing devil’s advocate. They snuffed it out. They killed my idea.” It happens all the time. Culture protects itself by taking anything that’s abnormal, meaning that it’s off the predictable path, it’s unusual, and killing it.

We see examples of that in the workplace. We see examples of that in society if you think about the labels that people actually apply to radical thinkers, to wrong-thinkers. Einstein was considered to be insane. Elon Musk is considered to be arrogant. Malala, who was shot in the head for saying that women should be educated, was labeled a heretic. These are people who are proposing ideas that are outside of the norm.

Is there a corollary with the wave of populism in politics right now?

GG: Yes. It’s discontent. There’s a discontent with the status quo. It’s gotten to a point where people are discontented enough that they’re willing to think wrong. They’re willing to step out of the political status quo and back a candidate like Sanders, or Trump, or Marcon, or Le Pen. Depending on where you sit on that line, you might have an opinion about which one is the superior, more positive disruption. I’d be really interested in what populism for supplements will look like, and how to actually create a movement. How would you create a populist response that says, “We’re dissatisfied with the status quo, and what we want is for this industry, and for its benefits, to be more widely known, more widely available”?

What would you say it typically takes for something to take a radical, think-wrong sort of shift?

GG: It’s often crisis. You can look at places like New Orleans or Detroit, cities that have gone through significant crises, and you can see that these are actually cities that are full of wrong thinkers. They’re people who are trying things because there is no normal anymore. Those cities have been so devastated by Katrina or by the crack crisis and then the departure of manufacturing jobs and so on. They get to a point where people are like, “We’re open to anything. Let’s think wrong about this because what we were doing isn’t working anymore.”

Opportunity also drives the shift. People see an opportunity in a marketplace—it could be a marketplace of ideas, a marketplace of social change, or an economic marketplace—and think wrong about how to take advantage of that. What breeds more of that is people seeing that it is working, the success and results of those disruptive forces. There are a lot of people who would love to emulate a Steve Jobs, or an Elon Musk, or a Mark Zuckerberg—people who thought wrong about a space. With every success, more people have more confidence to try to do things that are disruptive.

What can we expect at NBJ Summit?

GG: We’re really looking forward to getting to know the industry better. We have confidence in the process, and we’re always excited about what’s going to come out of it because we don’t dictate that. The people in the room dictate what comes out of it. It’s always a real treat to see the kinds of ideas and the emergent solutions that come out of the time we spend with groups like this.

Thinking outside the pill: A drive for delivery format innovation challenges the industry
Jun 17, 2017

The nutrition industry is missing the point on nutrition
Jun 15, 2017