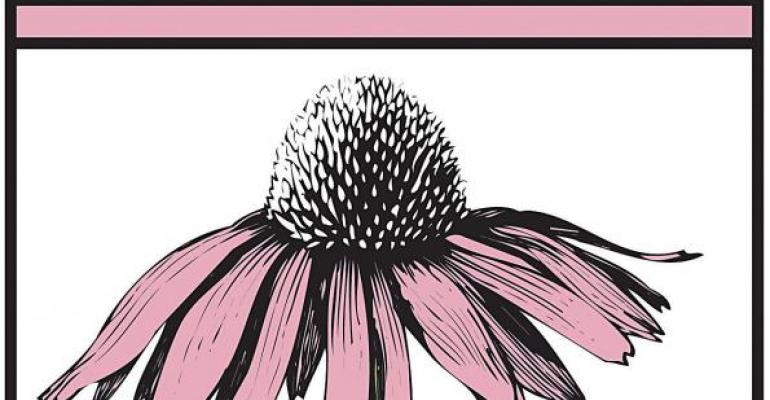 The beloved American herbalist, educator and environmental activist died on HerbDay, May 4, at age 59.

Beloved American herbalist, educator and environmental activist Cascade Anderson Geller died on HerbDay, May 4, 2013, at age 59, following a few-month illness. She was surrounded by her family and loved ones at her home in Portland, Ore.

The sudden and sad news of her passing was, "like a big tsunami of grief rocking the green world," said long-time friend and fellow herbalist Rosemary Gladstar. The large herbal social networking community has been flooded for the past few days with posts of loss, memories, gratitude, and loving tribute to a contemporary American herbal legend.

Cascade had been a full-time working herbalist, teacher, mother, wife, homemaker, wild-crafter, medicine maker, world traveler, eco-tour leader, and citizen-earth activist since the early 1970s. She was a founding member of Everett House Healing Center in Portland and an Associate Professor and Department Chair of Botanical Medicine at the National College of Naturopathic (now Natural) Medicine from 1979 to 1992; she also served on the faculty of Bastyr University, Southwest College of Naturopathic Medicine, and the California School of Herbal Studies. Cascade was on the United Plant Savers advisory board since its inception in early 1990. She founded two food co-ops, an herb store, and four political and social activism groups; she worked to protect parks, preserve public lands, and protest against toxic herbicides.

"Cascade's spirit soars, free and light, while we continue to walk and do our work here on earth," wrote Gladstar in an email to mutual friends. "What an honor for all of us to have shared this time on earth with her. She was one of the brightest lights and most gifted wise humans I know."

Friend and fellow herbalist/educator Autumn Summers recalls, "Cascade was one of the most tenacious and fiercest advocates for the earth. She worked tirelessly in her neighborhood in Portland against unnecessary herbicide spraying on Mt. Tabor and was a guidepost about the direction of herbalism in the U.S. Once she chose to investigate and learn about an issue, whether it has herbal, political or environmental, watch out—as she would leave no stone unturned in her quest for understanding and truth, and then she would bring it all back to the community to share and discuss. She was a woman who did not mince words and she always held to her convictions."

Cascade's herbal roots began in Southern Appalachia where she picked herbs and wild foods from an early age. Her teachers and mentors were some of the herb world's greats: Ella Birzneck, Norma Meyers, Juliette de Baïracli Levy, Bernard Jensen, Rosita Arvigo, and since 1994, she studied with Ecuadorian ethnobotanist Rocio Alarcon. But with her very earthy, down-home, back-to-the-land values, Cascade once said, "Of all the teachers I have had in my life, some of the most important are the common people who live close to the earth. Living and working with them in their homes and on their land has provided me with the most important education."

Cascade was a speaker at many American herb conferences. She traveled the world exploring, learning, teaching, and foraging, sharing herbal knowledge and the natural world. As one of the most fundamental American herbalists of our time, she will be deeply missed by many.

"I will always remember Cascade, whom I've known for over 30 years, as a passionate keeper of American herbal traditions, as a fighter for social justice, and a person of strong beliefs and values," said veteran herbalist and author Christopher Hobbs.

Of the many friends, students, and fellow herbalists who commented on her passing, clinical herbalist Rosalee de la Forêt wrote a beautiful tribute:

"Cascade has left us suddenly and far sooner than we had ever imagined. I am shocked and saddened by this loss. As untimely as death always is, it is a strong reminder to make the most of our lives. And while Cascade has passed on sooner than we might have expected, she did live her life boldly. She touched thousands of human lives who then have undoubtedly reached out to touch thousands more."

American Botanical Council Founder and Executive Director Mark Blumenthal lamented, "Cascade's passing is like a huge hole being torn in the fabric of the American herbalist community. I don't know how it can ever be repaired."

Cascade is survived by her husband Elliott, daughter Ayla, and son Lance.

Why this zero waste organic oatmilk brand stands out in a crowded category
Nov 08, 2021