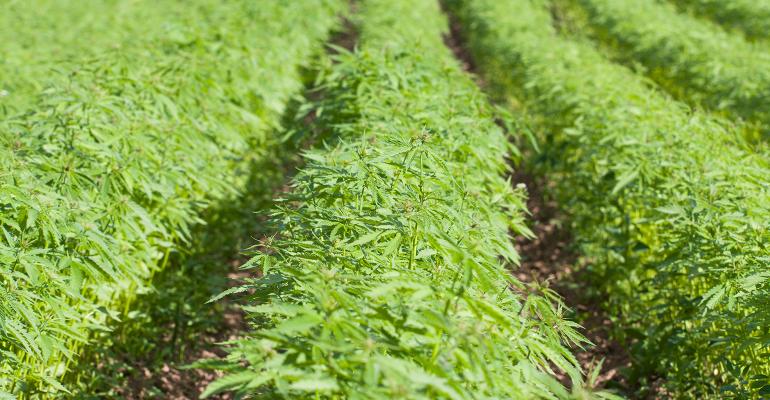 File under: Be careful for what you wish for.

The next skirmish in the war on hemp CBD approval has been engaged. In the past week a diverse range of 17—count 'em—trade groups, consumer advocates and law firms have come down on different sides of the issue—some demanding action from the U.S. Food and Drug Administration to approve hemp CBD as a legit supplement, others advocating that Congress step up.

The urgency is these appeals come from a tumultuous hemp CBD market in 2020—investor impatience has led some companies to fold, while others have been subject to mergers and acquisitions, all the while brick-and-mortar stores report a flattening of CBD sales as consumers gravitate toward immune health supplements.

The throughline of this tumult is the FDA’s insistence on remaining largely on the sidelines until the agency is satisfied that safety data vouchsafes CBD for nonpharma use.

“The efforts to influence Congress at this stage are putting pressure on the FDA more than Congress to act,” said Duffy MacKay, senior vice president of scientific and regulatory affairs for CV Sciences, a leading hemp CBD manufacturer. “The longer the FDA waits, the more these organizations that have nothing better to do can get organized.”

These organizations include the Center for Science in the Public Interest (a long-time supplements critic), Consumer Reports, Consumer Federation of America and the Public Health Institute. The foursome sent a co-signed 11-page letter to every member of Congress on June 17 urging Congress to leave the hemp CBD market to the FDA, lest any Congressional bill “short-circuit” the FDA regulatory process.

“We urge Congress not to erode but to strengthen FDA’s position to address this issue,” wrote the group to Congress. “Forcing the FDA into rushed decisions and to prematurely implement major regulatory changes would result in an unsafe CBD market and distract the FDA from its current pandemic response and recovery efforts.”

The FDA, however, said it is on track to release by the end of June a congressionally mandated report on the state of the hemp CBD market focusing on misbranding and adulteration issues.

“When this report comes from the FDA it will quickly go to the media and will likely be an ‘ouch!’” said Loren Israelsen, president of the United Natural Products Association (UNPA).

Other trade groups fire back

The American Herbal Products Association (AHPA), in conjunction with the Hemp Industries Association (HIA), fired off a letter of its own, repudiating the thinly veiled arguments the four groups made—which advocate FDA involvement to finally regulate hemp CBD as well as a larger shot over the bow of the supplements industry by pressing for additional regulations on supplements.

The AHPA/HIA letter said the letter from the four groups “demonstrates a significant misunderstanding of federal controls already in place for foods and supplements.” The letter uses a push/pull tactic, encouraging the FDA to act but also leaving the door open for Congress to step in if the regulatory agency continues to drag its feet.

“AHPA strongly prefers that FDA take the lead on establishing a clear regulatory pathway for CBD products,” that letter stated. “But in the absence of any meaningful agency action to date, the responsible thing to do is to encourage Congress to force the issue. Should Congress act, every marketer of CBD will then come into the bright light of federal regulatory oversight, where the best of the brands in the market already reside.”

The CRN petition has three main asks: that the FDA use its authority granted in the Federal Food Drug and Cosmetics Act to dispense with the “exclusionary rule” that says once a substance is approved as a drug it cannot later become a supplement; to clarify what is the “article” the FDA approved for CBD—the CBD isolate the FDA approved is approximately 99% pure CBD, and this is very different from all hemp CBD full spectrum oils; and to enforce existing supplements regulations.

“With this Citizen’s Petition, CRN is urging the agency to take action by providing a legal pathway to market for responsible companies,” said CRN president and CEO Steve Mister. “The longer the agency waits to act, the more complicated and uncontrollable the space can become.”

On June 16 a collective of six state or regional hemp groups with the national Vote Hemp group sent a letter directly to the White House along with eight other confressional representatives in key committee roles plus the vice president and the chiefs of staff of the president and vice. The main ask is for a congressional solution.

“There are still market uncertainties for our nascent industry,” the letter states, “and it is critical to open end markets for our crops. The Administration could play a crucial role by resolving the regulatory barrier created by FDA that has prevented FDA from recognizing cannabidiol (CBD) as a legitimate botanical ingredient for use in food and dietary supplement products. Any support for a legislative solution in removing this regulatory burden would be sincerely appreciated.”

The frustration is palpable beyond even the organizations engaged in the skirmish.

“Everybody wants the FDA to do it but they haven’t,” said Rend Al-Mondhiry, attorney with the Amin Talati Wasserman law firm that represents many hemp CBD interests. “The FDA can still do something, there’s nothing stopping them. The FDA can still issue a regulation. Maybe all this will get them to do it faster. We may not like what we see but that’s the risk that has to be taken here.”

We can file this under: Be careful for what you wish for. Because the FDA’s primary mission is to protect and defend the U.S. pharmaceutical industry, which is politically very much more powerful than either supplements or cannabis. The FDA would prefer CBD be available only by prescription.

That risk is heightened because the FDA has repeatedly made its opinion known—that it wishes the entire cannabis plant could just go away.

Considering that the FDA considers itself the gatekeeper to health care products for all Americans, the agency cannot be too pleased that the majority of states has done an end-around the FDA by voting to approve medical marijuana with zero role for the FDA to play.

And now there’s CBD—which is not a euphoric substance like all the others on the Controlled Substances List, and that was enough to rid the Drug Enforcement Agency of a role to play. The FDA thought it had a leg up on the issue when it granted approval for a CBD isolate, but the gangapreneurs beat the agency to the punch.

Before the FDA’s report is released by the end of the month, it’s important to note the last FDA pronouncement on the subject.

This was in March, when it announced its ongoing work. The three main components were risks of using CBD, closing knowledge gaps on safety and opening up new opportunities for research with drug development.

“So the entire release was couched in consumer harm,” said Trish Knight, senior political advisor for UNPA, “and where there’s any acknowledgement it’s more on the drug side than anything else.”

Last November, when the FDA sent warning letters to 15 companies for making illegal drug-disease claims, the agency wrote about its concerns with CBD safety.

“We want to be clear,” said FDA’s deputy commissioner, Amy Abernethy, MD, PhD, “that a number of questions remain regarding CBD’s safety—including reports of products containing contaminants, such as pesticides and heavy metals—and there are real risks that need to be considered. We recognize the significant public interest in CBD and we must work together with stakeholders and industry to fill in the knowledge gaps about the science, safety and quality of many of these products.

Clinical trials for Epidiolex revealed that CBD doses of 10 to 20 milligrams per kilogram of body weight per day create a potential for liver injury. But the dose of 10-20 mg/kg equals 700-1,400 mg/CBD isolate for an adult—far beyond what any supplement product offers, and which is also typically in an extract with all the other hemp cannabinoids (save THC), terpenes, omegas and such.

In every pronouncement, the FDA has never made the distinction between the high-dose CBD isolate it approved for a drug and the low-dose, full spectrum hemp extracts on the market as supplements. Fear mongering much?

The letter from the four groups, while advocating the FDA take a strong position against CBD, does suggest a role for Congress to play in the overall regulation of supplements in general, as opposed to CBD specifically. Among the suggestions:

The letter also requests things that are already the law, such as requiring a 1-800 number on supplements bottles so consumers can file adverse events reports; authority by the FDA to recall products; making illegal products with drug-disease claims and those with high levels of THC.

“CBD products marketed … in shapes well-known to appeal to children, are currently available for sale,” writes the letter. “Among many examples we found on-line, the company, Pure Relief, sells teddy bear-shaped CBD gummies with 10 mg of CBD per gummy and 900 mg CBD per unit of sale."

So they are making a case that gummies—a popular delivery format for all manner of supplements but which got its start with the children’s market—are, in and of itself, a children’s supplement. And also, that the entire bottle contains the amount of CBD (900 mg) found to elevate liver enzymes with the pharmaceutical-grade CBD isolate.

The letter also makes the case that there are problems aplenty in the CBD supplements market—promoting use during pregnancy (no studies have been conducted on CBD in pregnant women), products containing elevated levels of buzzy THC, synthetic cannabinoids, adulteration with street drugs 5F-ADB (aka, “Spice”) and the OTC drug dextromethorphan.

“Numerous improvements in the agency’s poor general oversight of supplements are needed to address such problems,” wrote the letter, “including requirements for product listing and registration, improved quality controls, and more robust enforcement resources.”

Will NDIs settle it—or put most out of business?

The letter also urges the FDA to close the “secret GRAS loophole,” by which companies conduct “self-GRAS” filings with a panel of toxicology experts (and which makes the ingredient available for foods and beverages as well as supplements), rather than the supplements-exclusive (and generally more expensive) NDI filing process.

“This broken system has multiple overlapping points of failure and will not assure the safety of CBD products,” wrote the letter. “Forcing the FDA to create a pathway that could lead to approval of CBD would mean, practically speaking, that there would be no assurance of a review for safety for most products.”

Israelsen said UNPA’s position is hemp CBD should be regulated as a supplement because a regulatory mechanism already exists to handle such a situation via the 1994 Dietary Supplements Health and Education Act (DSHEA). That calls for companies to file a NDI dossier.

NDIs are quite expensive—in the high six figures—and the supplements and ingredient supply business has by and large ignored NDIs in the entirety of the 25 years since DSHEA was passed.

“NDIs are a difficult hurdle,” said Israelsen, “but at least it’s understood.”

This opinion is not shared by all stakeholder groups. The U.S. Hemp Roundtable, a lobbying organization, wants to see hemp CBD available in supplements as well as foods and beverages.

NDIs could have the effect of being afforded only by well-capitalized growers, meaning small-time hemp farmers would be able to stay in business only by forming co-ops. Those who can successfully file NDIs would have a “master file” and could then offer their qualified hemp to all brand holders, who could then offer it to large retailers.

“There is a tremendous business opportunity there,” said Israelsen. “The race will be to the strong and well-funded. The question is, who can get there?”