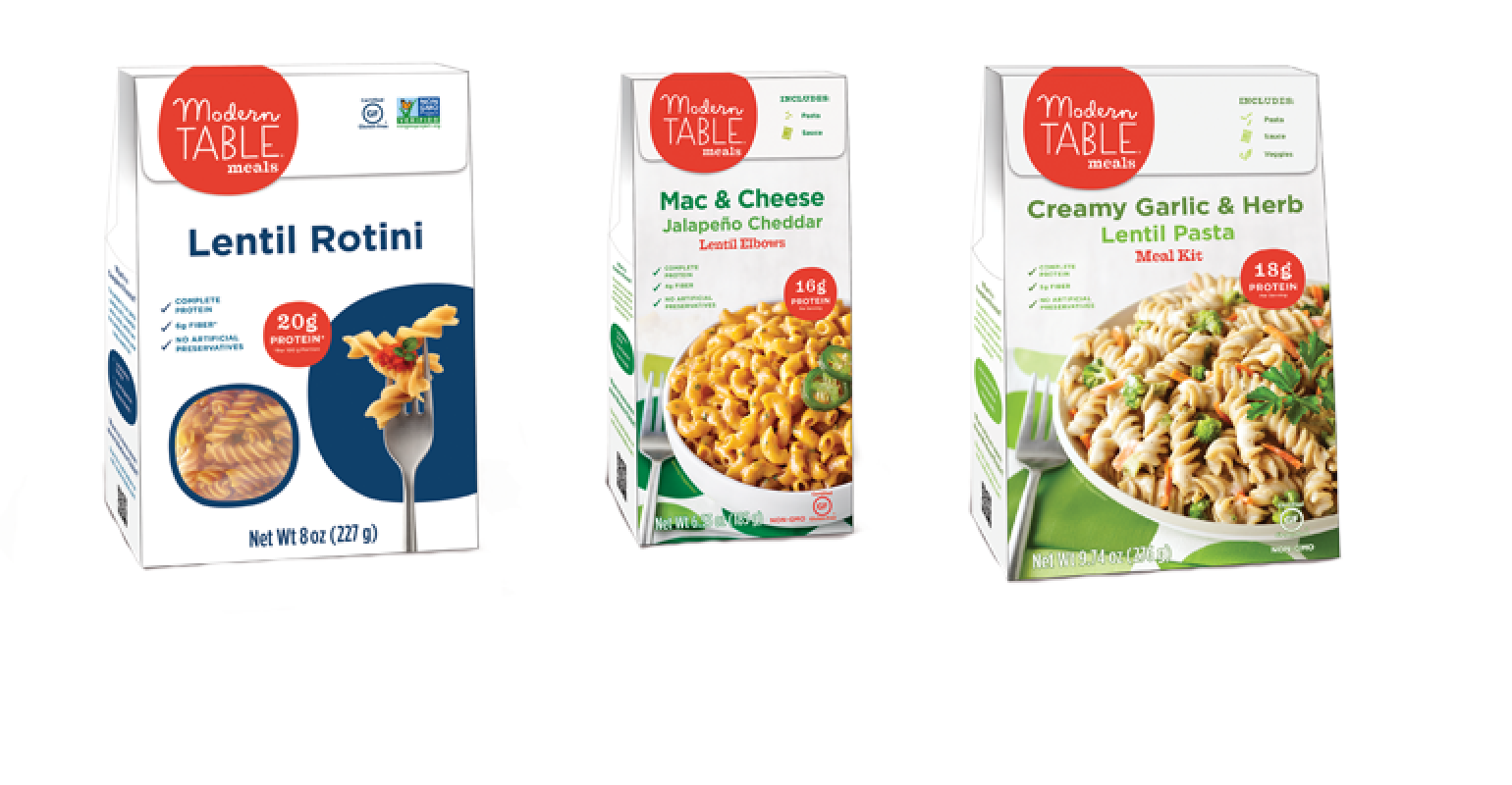 We talked to cofounder Jennifer Eiseman about how customers and retail partners sparked a makeover for the brand's packaging and pasta.

Any company bringing something new to a category knows that, even though they have a great product, they might not get it 100 percent perfect right out of the gate. That’s why, when Modern Table Meals launched its bean-based pasta meal kits in 2014, its four cofounders kept their ears wide open to feedback.

The cofounders—four moms who had all previously worked for large CPG companies—had launched Modern Table with the goal of making everyday food smarter by adding nutrition and convenience. And they knew they wanted their products to be accessible to families that shopped both in the natural and conventional grocery channels, which meant keeping prices under the $5 mark.

Their pasta, veggie and sauce meal kits won shelf space at Whole Foods Market, Target and more. But seeking to continue building and improving their brand, the team spent the last nine months taking feedback it had gathered and rethinking its whole proposition—from price to pack to products and flavors. Out of that came a new formulation for its lentil-based pasta, an expansion into macaroni and cheese, and a packaging upgrade that addresses eco-friendliness and on-shelf visibility.

Let’s start with the pasta. According to Jennifer Eiseman, director of marketing and innovation at Modern Table, some customers had communicated that they wished the pasta would perform a little more like wheat pasta—a cupboard staple in many homes. To improve the texture and taste of its lentil pasta, Modern Table tweaked the formulation to include rice and peas in addition to lentils, which also makes the pasta a complete protein. The pastas, which are sold both as part of the meal kits and separately, contain 20 grams of protein and are gluten-free.

Another learning from consumers was that, while the company thought people would gravitate toward more unique flavor profiles, "the aha moment was that people love anything with cheese, butter or cream—even people who are health-conscious," Eiseman says. The brand is now rolling out a better-for-you twist on mac and cheese, with three varieties that include at least 16 grams of protein per serving and are free of gluten, GMOs, soy and nuts.

And then there’s the packaging. Retailers told the brand they were excited about the meal kits but had some challenges with the plastic pouch packaging that it came in. “People were having trouble understanding what they were getting, and the size wasn’t optimized so we weren’t getting great shelf placement,” Eiseman says. "From a consumer standpoint, we knew that consumers who were attracted to us were looking for things that were more environmentally friendly and sustainable, as we were."

The new packaging uses 100 percent recycled paperboard that is also recyclable. It fits better on the shelf and in consumers’ pantries, Eiseman says. To make it stand out on the shelf, Modern Table selected a box with a gable top that Eiseman notes reminds consumers of farm-to-table.

The new and reformulated products will be available starting this summer.

What brands need to know about getting a QVC broker
Mar 29, 2021