HomeBusiness ResourcesStaffing and OperationsHow B Corps can address racial inequities in the workplace
Recent
Latest
EXPO VIDEO: How did a young sparkling water brand get licensing deals with Marvel and Disney?
May 16, 2022
Beyond Meat's product launches lower Q1 profits
May 16, 2022
Sponsored Content
Exploring the CBD gummy revolution – article
Moonshot Snacks at the forefront of eco-friendly food innovation
May 13, 2022
Trending
Debra Stark’s light shines bright on natural products industry
May 10, 2022
Hemp CBD industry struggles so far in 2022
May 10, 2022
Monitor: Consumer research on collagen shows how much education is needed
May 12, 2022
Unboxed: 7 plant-forward ice creams to stock this summer
May 10, 2022

How B Corps can address racial inequities in the workplace 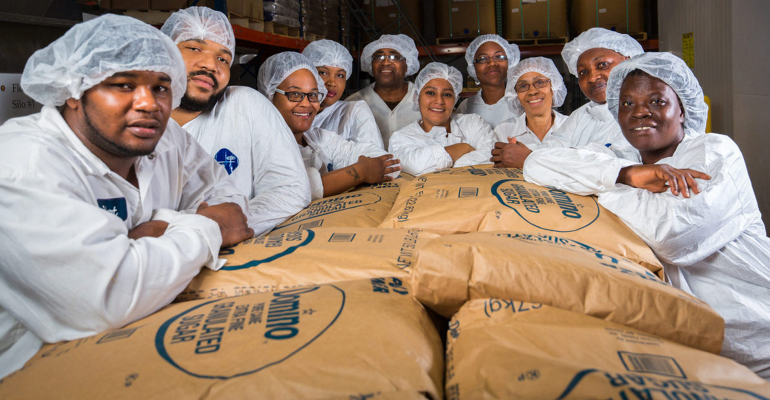 Anthea Kelsick, Co-CEO of B Lab U.S. and Canada, knows how difficult it is to navigate workplaces where diversity isn’t valued or emphasized enough.

“As a Black woman it has not been easy to be in predominantly white spaces for the entirety of my career,” says Kelsick, who has a BA in psychology from Stanford University and an MBA from The Wharton School of the University of Pennsylvania. “When that occurs, you are inherently in environments that are not inclusive of your experience.”

Related: Women on Boards Project to teach companies how to diversify

The past few months have served as a catalyst, an awakening to the pervasiveness of systemic racism and how much work business owners have to do. 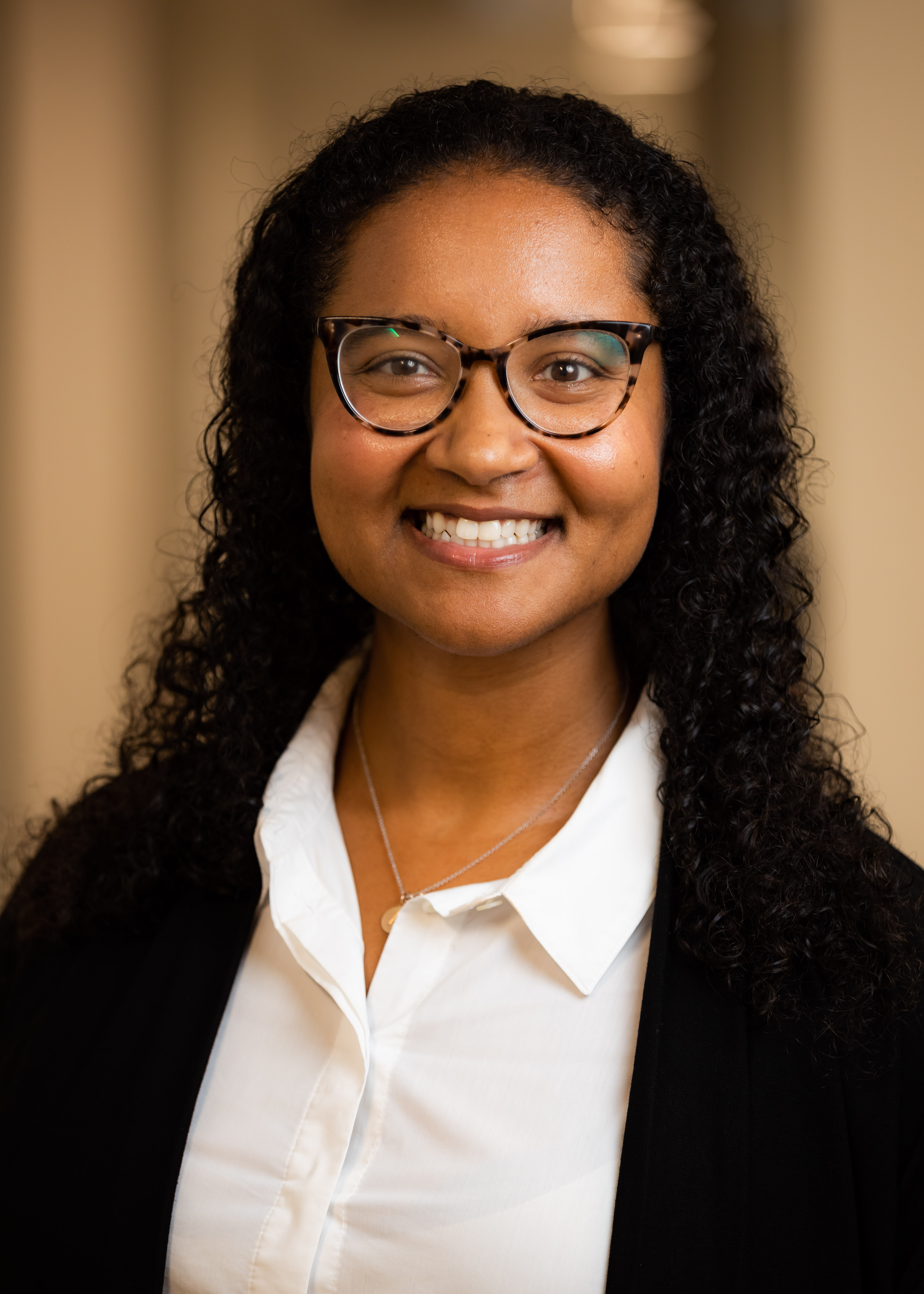 For Kelsick, the grief and rage bubble over as she saw the disproportionate impacts of COVID-19 and unemployment on Black people, and the murders of Ahmaud Arbery, Breonna Taylor and George Floyd, and many others. She imagined her husband, her father, her brother and her son ending up dead like Floyd at the hands of the police or with a bullet in their back, her daughter and sister shot to death while sleeping at home like Taylor and her athletic nephew running in his neighborhood out of fear of being shot like Arbery.

After writing a powerful letter to the B Corp Community, Kelsick challenged business owners to take a deeper look at how to be a force for good as companies become more vocal, visible anti-racist leaders and coalition partners.

“There’s no one-size-fits-all, 10-second answer to dismantling racism,” Kelsick says. “But there are some questions businesses can ask."

To start a conversation about becoming an anti-racist coalition partner, business owners should ask:

Look at your stakeholders

Certified B Corporations are legally required to consider the impact of their decisions and benchmarks that balance purpose and profit.

Review how business stakeholders are approved. Then “drill down” to focus on how the standards, practices and operations for each stakeholder group—from the company’s customers and employees to its supply chain—to see how the business can deliver more value to Black people and people of color, Kelsick says.

For example, scrutinize how much time off is given, if health benefits are equitable and if livable wages are being paid to Black employees and people of color compared to other employees.

Creating more accountability lifts everyone to a more equitable place throughout an organization, Kelsick says.

Businesses can also review Anti-Racism Resources compiled by B Lab and watch “State of the B: Tackling Racism as Accountable Business Leaders” webinar.

Build a pipeline for success

“Becoming a diverse and inclusive workforce isn’t just about the numbers,” Kelsick says.

Businesses need to review recruiting practices and how talent is sourced. “If you’re sourcing your talent from the same four or five schools that don’t have a representative population, you’re inherently not starting from a place of inclusivity,” she says.

Companies need to review how they are supporting Black people once they are hired.

“What are you doing to help Black people once they are in the door?” Kelsick asks. Businesses also need to look at how they are helping Black employees advance their careers and create more senior-level connections that allow relationships to develop without being artificial.

“That allows for Black people to progress and become leaders,” she says.

“As a Black person, or person of color, it’s often hard to ask for help because it’s often held against you,” Kelsick says. As a result, many employees will hide in their workspace in an attempt to figure out how to do something they don’t know how to do instead of asking for help.

Instead, businesses need to proactively give real-time, constructive feedback that nurtures employee development. What doesn’t work: telling an employee they’ve failed after the fact, when it is already too late to do something about the situation.

Kelsick says she found that positive environment while working at Sterling Brands, where she eventually became the vice president of strategy before leaving in 2015. Several times, before a client presentation, a colleague would print out Kelsick’s strategy deck, mark each page with fundamental restructuring suggestions.  Together, they would review the presentation so Kelsick could understand why the changes were being made, followed by the directive: “Go rethink how you might do this now that we’ve had a conversation.” That process revealed knowledge gaps and led to Kelsick receiving more training and mentoring.

“In that environment I felt I could fail out loud,” she says. “They helped me figure out what went wrong and taught me how to do it better the next time.”

Kelsick points to Greyston Bakery, a certified B Corp and the brownie maker behind Ben & Jerry’s Chocolate Fudge Brownie Ice Cream that pioneered the practice of open hiring. Job applications must show up in person to put their name on a job list—which helps to ensure potential workers are invested job seekers—and called when a job becomes available.

“It’s well-document there are a lot of unconscious bias that goes into hiring,” says Sara Marcus, director, center for open hiring at Greyston in Yonkers, New York, the parent company of Greyston Bakery. “All we ask is whether you're authorized to work in the U.S.”

Company resources that would typically be used toward hiring are reallocated toward support services for employees once they walk in the door, she says.

Greyston contracts with Westchester Jewish Community Services, a nonprofit health provider in White Plains, New York to have an on-site care coordinator. Through the partnership, a new hire can optionally fill out a “Needs Assessment form” during his or her orientation and work with the WJCS care coordinator, an onsite case worker, who makes referrals. Because employees aren’t dealing with the human resource department, they are more comfortable disclosing personal hurdles that affect job performance, including access to transportation, housing, childcare and mental health benefits, Marcus says.

“It helps employees, but it’s also really critical for us to run a successful business,” Marcus says. “When someone’s life is in crisis, it’s hard for them to show up for work.”’

The annual turnover in the bakery is about 35%, which usually happens within a few weeks of a person being hired. “We say open hiring is an opportunity, not a promise,” Marcus says. “We’re not shy about firing folks who don’t work out and we have a zero-tolerance policy for workplace violence.”

The process isn’t as hard as it looks, she says. Her advice to business owners: Find one job within the organization where they can hire the next person who walks through the door and give someone a chance.

Mentors are great, but most people need sponsors.

“The distinction between mentorship and sponsorship is really important,” Kelsick says. “I’ve had many mentors and a few sponsors but those sponsors have been critical to my success.”

Kelsick says she’s needed sponsorship to have doors open, and to help her navigate new roles after she’s been hired.

Most people “luck into” finding a sponsor, after finding a workplace connection or impressing someone in a leadership role. Instead, businesses should proactively create sponsorship with their organization, especially at the senior level.

“Design programs around, not only bringing in, but retaining, supporting, nurturing and growing Black people and people of color inside of your organization,” she says. “It takes intentionality in order for it to be successful.”

Does location matter for running a natural products brand?
Dec 31, 2019

Why you shouldn't use a job description when hiring your next team member
Jan 29, 2020