HomeBusiness ResourcesStaffing and OperationsWhen it might be smart to merge with another brand
Recent
Latest
Unboxed: 12 waterless personal care products making a splash
May 26, 2022
3 reasons natural retailers are inflation-friendly shopping destinations
May 25, 2022
Sponsored Content
Organic agriculture and its impact on ingredients and the planet – webinar
Sponsored Content
The goodness wrapped in a certified organic seal – video
Trending
Getting ready for 2023: Trends for brands to consider
May 17, 2022
Sponsored Content
Exploring the CBD gummy revolution – article
Sponsored Content
6 tips to promote consumer understanding of Certified Organic
May 18, 2022
Sponsored Content
Natural beauty market trends
Jun 16, 2021

When it might be smart to merge with another brand 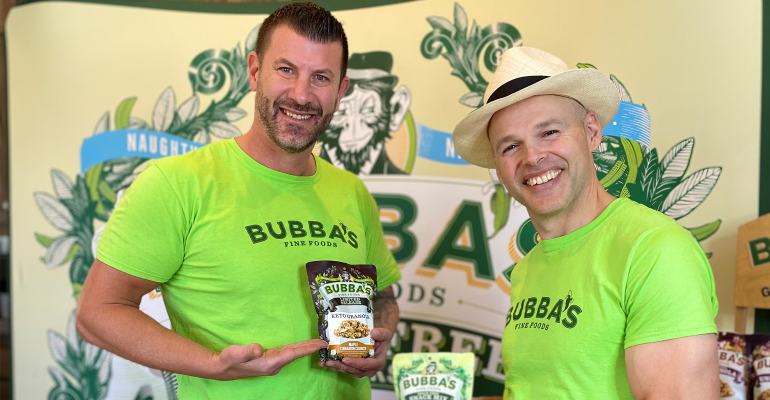 The pair, along with six or seven other founders who are members of Naturally Boulder, began meeting weekly over Zoom to discuss their challenges.

The call started with everyone giving “the word of the day” to highlight how they were feeling.

“Based on how dire the word was, that person went first and got 15 minutes to share what was on their mind,” says Schmidgall, the chief operating officer of Awakened Foods. “People became super transparent. They showed up because they needed someone to listen. The magic was there was no limits about what we could talk about and it became a great therapy group.”

Both Schmidgall and Finkel say bonding during the traumatic shared experience of being business owners during the pandemic created a strong partnership that set up a merger that has accelerated their growth.

Finkel, the chief executive officer of Awakened Foods, had extensive experience in building brands within consumer packed goods coupled with a background in investment banking at Goldman Sachs. Schmidgall’s expertise focused on the operations side by building products for others through its private label manufacturing.

During their founder’s meeting, they quickly realized they had opposite strengths and weaknesses.

“I was complaining about things we were struggling with and Dustin was doing the same,” says Schmidgall. “That’s when we realized we could help each other out.”

Finkel asked Schmidgall to co-manufacture. Eventually, after 10 months of weekly meetings, the duo decided to join forces to double each other’s revenue by using shared resources in the marketing and accounting departments, to grow faster and easier together.

They restructured by creating Awakened Foods, as the holding company for the branded businesses Ka-Pop! Snacks and Bubba's Fine Foods, and the co-manufacturing division Awakened Food Crafters.

“It a true marriage between two people and two companies,” Finkel says. “Just like a marriage, there’s a lot of work that needs to happen both pre, during and throughout the marriage to make it work.”

Both say brands that are considering doing a merger need to make sure it can be a true fit for it to be successful.

Early on, both founders identified personal and professional opportunity areas that were important to each other. Like puzzle pieces fitting together, it was important to see if everything aligned to “have those synergies,” Finkel says.

“The most important part of that is being able to be able to check your ego at the door,” Schmidgall says. “And being able to trust your business partner.”

Spend time together to establish trust and make sure you can work with a potential business partner. “Two great things put together don’t always make a better thing,” Finkel says.

That meant having transparent discussions about what was required by each company and both leaders to be successful and happy in their future life. It was a match Finkel says because he wanted to remain CEO, while Schmidgall was willing to relinquish the reins.

They discussed a list of strategic initiatives to cover based on what both founders thought was critical for the growth of the company. Then they checked to see how their ideas aligned.

Make sure the operating agreement is structured to settle the big decisions when you can’t agree, Schmidgall says.

Make sure to discuss how to resolve conflict if there is a stalemate. “That was one of the biggest things to get through,” Schmidgall says.

Ultimately, they decided to use a third-party tiebreaker through mediation if there was a major problem.

“I was very clear about my expectations and asked for the same from Jeff,” Finkel says. “But we both underestimated the amount of work required to bring our companies together because merging companies of our size is not a whole lot different than merging companies of a much larger size, both in terms of the legal costs and tax implications. It was a huge undertaking.”

Make sure tax implications, especially when merging a C-corporation with an LLC, are understood, Finkel says.

Understand the true cost of the complexity and return-on-investment for a merger, both in terms of tangible and intangible. Have advisors around. Make sure to ask about what controlling aspects one company can have versus another, Finkel says.

Even though the companies have been merged for about seven months, it’s been important to meet almost daily. Like a married couple, the founders schedule “date nights” to ensure even after the merger both are still strategically aligned.

“I've empowered my team to hold me accountable,” Finkel says, who recently had some members of his team suggest some improvements.

Don’t forget about how to merge the cultures.

“Jeff calls me a ‘cowboy in a rocketship,’” Finkel says. “And their culture was a lot more laid back, less focused on speed. So we were sprinting the marathon versus jogging and that’s a huge cultural adjustment.”

Why culture trumps strategy when growing a business
May 11, 2021

Why consensus around your brand and business is the most important vehicle for growth
Apr 12, 2021