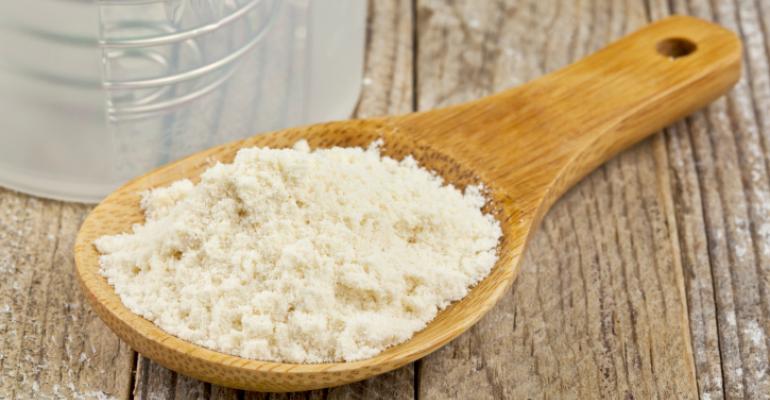 Whey protein has long been the go-to protein source in the sports nutrition market. But a new study could spell opportunity for other proteins and expand formulations beyond athletes and weekend warriors.

A study out this week could add a new player to the protein market that’s long been dominated by whey.

“Whey protein has been given considerable notice as the gold standard ingredient after exercise to enhance muscle growth,” Rasmussen said. “The main problem with whey is it’s fast digesting—the anabolic response in muscle is only about an hour. We wanted to prolong the anabolic response with other protein sources. We found muscle protein synthesis is elevated for a longer amount of time with a protein blend versus whey protein.”

The combination of protein blends was determined in Rasmussen's previous preclinical work with rats.

Soy, whey and casein protein are all absorbed at different rates during digestion. Whey protein is referred to as a “fast” protein because it is rapidly absorbed, between 30 and 60 minutes, Rasmussen said. Soy is an intermediate protein, taking between 60 and 120 minutes to digest. And casein is a slow protein, requiring between three and five hours to digest.

“The combination gives you a quick increase in protein synthesis, and it gets sustained,” said Rasmussen. “It’s a prolonged delivery to muscle that the muscles use for recovery.”

The double-blind, randomized clinical trial followed 19 young adults before and after ingestion of about 19 grams of protein from the blend or about 17.5 grams of whey protein alone.

“Your muscles don’t recover in 30 minutes. It takes at least 24 to 48 hours for your muscles to recover after a resistance exercise,” said Greg Paul, global marketing director for sports nutrition and weight management at Solae, a soy supplier that sponsored the study.

Not just for athletes anymore?

It was only five years ago when research showed that protein should be an important part of sports nutrition products. Before then, the game was typically provided by the likes of Gatorade-style drinks: with fast carbs and electrolytes such as potassium and sodium.

Whey became the go-to protein source in beverages because it quickly fed muscles. Whey also appears better than soy for producing muscle synthesis because of the presence in whey of the amino acid leucine, which has been shown to uniquely act as a stimulatory signal for muscle protein synthesis. But for athletes and weekend warriors alike, using a blend of protein sources that absorb in the body over time means muscles are being fed until the next meal.

The addition of soy is also important because of soy’s particular properties including as an antioxidant and as an anti-inflammatory, which are both key attributes in muscle building beyond anabolic effects.

And this could lead to the next great demographic for protein products: the elderly.

“Protein blends are useful for sports nutrition,” said Rasmussen, “but also for those interested in aging and maintaining muscle mass as we age. This could potentially be a great intervention for aging.”

To date, products targeting elderly nutrition with protein-centric value propositions are few and far between. The trend of aging baby boomers, coupled with research demonstrating the value of protein blends in maintaining muscle mass, ought to be of interest to marketers and product developers.

The protein-metabolism link: How to maintain lean muscle and avoid body fat
Jan 04, 2012