HomeProducts and TrendsVitamins and SupplementsAre rogue dietary supplement companies your problem?
Recent
Latest
3 reasons natural retailers are inflation-friendly shopping destinations
May 25, 2022
Sponsored Content
Organic agriculture and its impact on ingredients and the planet – webinar
Sponsored Content
The goodness wrapped in a certified organic seal – video
Podcast: What brands need to get on shelf at Fresh Thyme Market
May 24, 2022
Trending
Getting ready for 2023: Trends for brands to consider
May 17, 2022
6 tips to promote consumer understanding of Certified Organic
May 18, 2022
The Planting Hope Company aims to prove gender equity leads to success
May 23, 2022
Natural beauty market trends
Jun 16, 2021

These are just the latest examples of the infamous “bad apples” operating on the fringes of the U.S. dietary supplement market, threatening to rot the reputation of the overall industry in the eyes of legislators, regulators, healthcare practitioners, retailers and consumers.

The tales of woe surrounding these corrupt players make for good headlines, but are they really a problem for all supplement players—particularly those with a long history of providing high-quality, efficacious and responsibly marketed products? 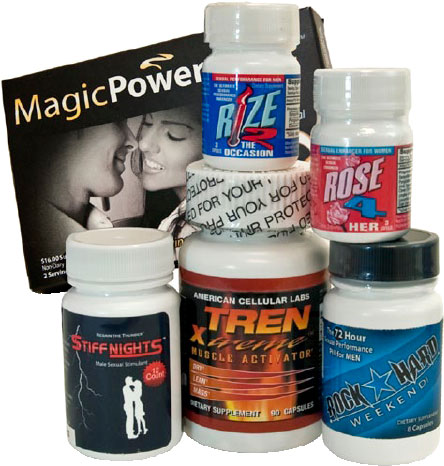 If you’ve ever attended the NBJ Summit, which annually gathers leading dietary supplement executives from around the globe, you know that many of the most influential and entrenched players in the industry do believe that the bad apples are everyone’s problem. That’s why supplement groups such as the Council for Responsible Nutrition (CRN), the United Natural Products Alliance (UNPA), the American Herbal Products Association (AHPA), the Natural Products Association (NPA) and others, are working together to address the industry’s rogue actors. “Although our companies are not part of the problem, we want to be part of the solution,” CRN president and CEO Steve Mister said last December during an FDA announcement about the dangers of tainted supplements.

Not all supplement executives feel this way, however. In fact, I was recently speaking with a new supplement CEO, one who hails from outside the industry and is now running a well-respected brand, and he told me that joining forces with other reputable supplement companies or the supplement trade associations to tackle such issues as economic adulteration or illegal supplement marketing is not a priority for him or his company right now.

Rather, this CEO feels he can have the most positive impact by making sure his company manufacturers its products with the highest-quality ingredients and efficacious formulas and always stays on the “right side of the law” when it comes to labeling and marketing.

What do you think? Are companies such as Multi-Mex Distributions, which is now the target of aTexas Attorney General lawsuit and FDA recall over misleading supplement marketing, a threat to the overall supplement industry? Do we all have a responsibility to help weed out companies such as IForce Nutrition, the Arizona-based firm fined $125,000 by a U.S. District judge last week for distributing diet pills containing banned steroids?

Here's what I think: Sure the actions of rogue players help to further distinguish those companies that are doing it right, but they also erode confidence in the real benefits and safety of dietary supplements in general and draw the ire of those who would like to see a much stricter regulatory framework for supplements. Worse yet, adulteration and illegal, misleading marketing potentially endanger the health and safety of the very consumers dietary supplement companies aim to serve.

Yes, IForce Nutrition, Multi-Mex Distributions and the many others skirting the law for profit are everyone’s problem, and we should work together to build solutions that weed out the bad players while maintaining consumer access to safe, legitimate supplements.