Can genetic modification of food ever be beneficial? 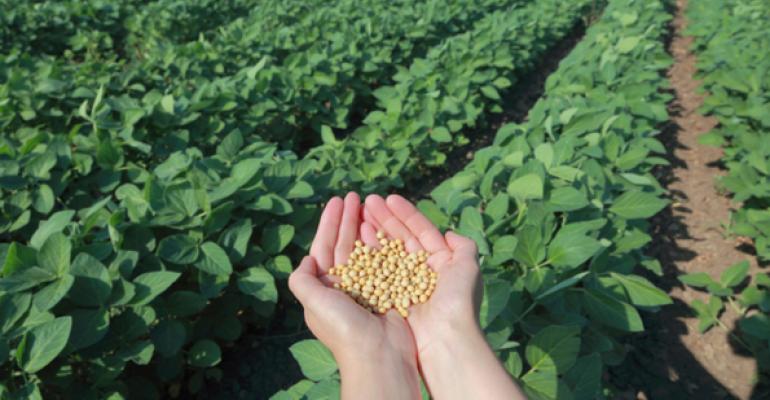 Is GMO always a four-letter word? Can there be benefits to genetic modification that don’t include the downsides with which we are all familiar?

I recently had a conversation with the folks at Monsanto about their Soymega ingredient.  According to the company, it’s a soybean that's genetically modified and further altered through traditional plant breeding to change its fatty acid profile to yield steriodonic acid (SDA) at a 1:4 ratio to the other fats in the bean.

SDA is a fatty acid that falls along the metabolic pathway between ALA (the short-chain omega-3 fatty acid that’s abundant in chia and flax) and EPA and DHA, the long-chain fatty acids found in omega-3s supplements from fish, algae or krill.

It’s EPA and DHA that provide the real health benefits in the body. ALA does covert to EPA in the body, but at a very low rate, maybe 3 percent for most people and somewhat higher for vegetarians and women. SDA, on the other hand, converts at a ratio of 17 percent to 25 percent, potentially making it a viable alternative to taking omega-3s supplements.

The thinking is that using this SDA-rich soybean oil in foods that already contain vegetable oils could boost the omega-3 index (a measure of EPA and DHA in the blood) for a broad swath of consumers, some of whom might be averse to taking supplements, potentially resulting in a significant uptick in overall public health. And it could lessen the pressure on the supply of marine sources of omega-3s, many of which are nearing their upper limits in terms of sustainability.

Not a Monsanto booster

I’m not necessarily waving a flag for Monsanto here. Nor am I an advocate of GMOs per se, which some people seem to have concluded from an earlier blog I posted. What I am advocating for is a balanced view of the role of technology in the development of new food sources.

Chip Marsland, a food scientist and product developer who is a member of the Functional Ingredients editorial advisory board, expresses it this way: We have come to expect technological improvements in all aspects of life. From a performance standpoint you wouldn’t be satisfied with a 1940s car or a rotary telephone from the early ‘60s, would you? Why should food be different? If there are technologies that can improve taste, quality and nutrition, why not embrace them?

In the realm of ingredients used in supplements and as additives to foods, technology has been steadily applied to improve functional and health properties. Scientists and formulators are constantly seeking ways to boost bioavailability, to enhance stability or to lower cost.

Consultant John Diehl, another member of our advisory board, once worked for the California biotech company Calgene. While he was with Calgene, the company developed GMO varieties of cotton in which the cotton fibers could come out “pre dyed” in a variety of colors, rather than the usual off-white.

He is of the opinion that this approach is where the future of GMO technology lies: getting plants to do some valuable chemical processing right in the growing stage, thus lessening costs and potentially the need for solvents or synthetic dyes in later processing stages. This seems to be the approach Monsanto has taken with the Soymega product, which is in its final field testing.

Granted, Monsanto and other biotech companies have taken other approaches in their GMO efforts, approaches that are antithetical to the values many in the natural products sphere hold dear. And genetic modification and the other technologies applied by the food giants arguably have not up to now made food more nutritious or better tasting.

Genetic modification seems to have been used primarily to improve yields and to confer disease and herbicide resistance (herbicides that the purveyors of GMO seeds like Monsanto conveniently also sell). It has often been observed that this can put farmers on a chemical treadmill, one that is difficult to get off as weeds become resistant to the common herbicides. And the proliferation of chemicals from agriculture into the environment is viewed with alarm by many scientists.  Could the problems with bee populations be just a symptom of wider ecological damage?

So there are plenty of red flags being raised about GMOs and rightfully so. And consumers should have a right to know if a food contains GM ingredients if they would like to avoid them (the quick answer: buy organic).

But is genetic modification a bad thing in and of itself, or has it been the application of it that has been flawed and attended with unforeseen consequences?